Korean liquor manufacturers may no longer be allowed to use photos of celebrities on their beverage packaging.

The Ministry of Health and Welfare said Monday it would come up with measures banning the images of celebrities on alcohol bottles to discourage the drinking culture.

The move follows Rep. Nam In-soon’s exhortation during a parliamentary audit of the ministry last month that featuring celebrities on alcohol beverages may induce more consumption, especially among teenagers, and should be outlawed. 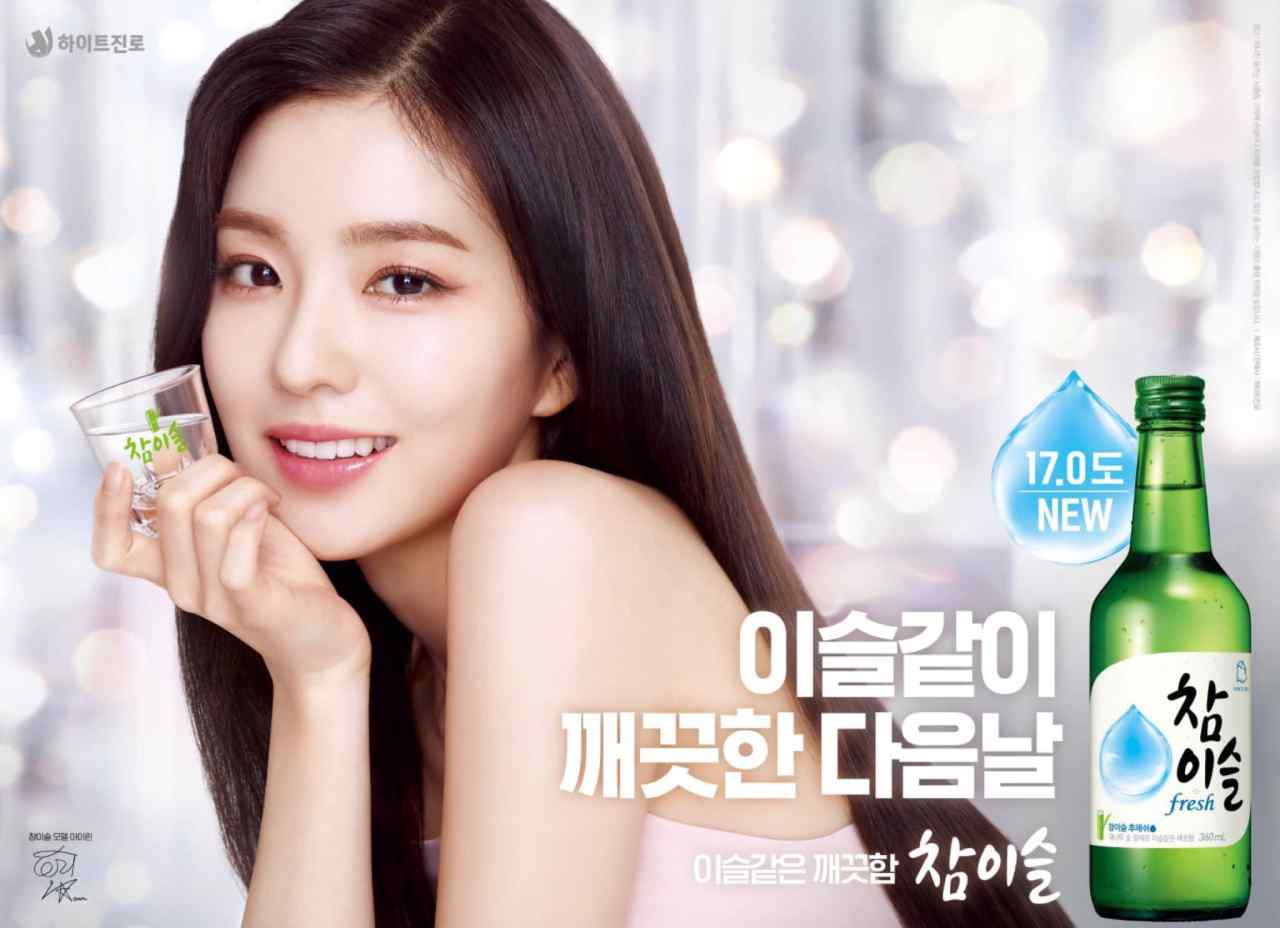 Irene of girl group Red Velvet advertises for a Hite Jinro product. (Hite Jinro)
“Alcohol and tobacco are both class-one carcinogens. But while nicotine marketing is strictly limited, regulations are much more lenient regarding alcohol beverages,” she said, referring to laws requiring tobacco products to carry health warnings.

On Oct. 15, the lawmaker on the National Assembly’s Health and Welfare Committee pointed out the ministry’s efforts to curb drinking fell short compared to its anti-smoking regulations.

According to government data, 16.9 percent of teens engaged in underage drinking last year, which is a 1.9 percent increase from the previous year. Medical costs for treating mental and behavioral disorders from use of alcohol for patients under the age of 19 surged from 260 million won ($224,200) in 2016 to 415 million won in 2017.

The proportion of drinkers at higher risk of harm also increased from 7.5 percent to 8.9 percent over the same period.

“Studies show children and adolescents are more vulnerable to advertisements,” Nam said, adding, “Celebrity endorsements of alcohol products should not be allowed.”

The Health Ministry’s 2018 budget for reducing alcohol consumption stood at 1.3 billion won, only about 1 percent of that allotted for smoking cessation, which is 135.9 billion won.