Samsung SDI stressed it had gained UL recognition for its ability to prevent large-scale fire accidents in the ESS by applying its proprietary designs. They were applied in the batteries’ cells, modules and racks to prevent thermal runaway propagation. 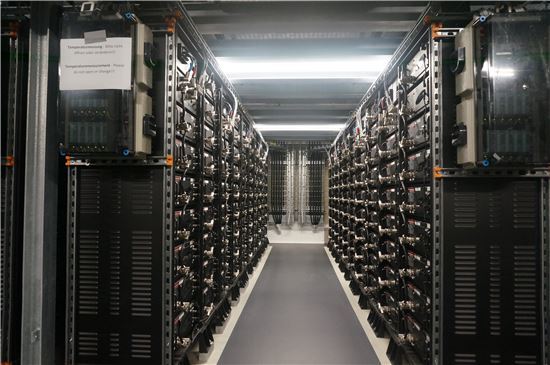 Samsung SDI`s ESS platform. Samsung SDI
“It is a result of our effort to put safety first that we were able to satisfy the UL9540A test for the first time in the industry. We are committed to developing the best in class, market-leading ESS safety technology,” said Vice President Seo Kyung-hoon of the Samsung SDI marketing team.

Developed in April last year, the UL9540A is a test method designed to prevent ESS fires in the event of failure mode by thermal runaway. It is designed to measure the characteristics of thermal runaway and the amount of gas produced during the process, the company said.

The primary test of the UL9540A comprises a battery rack-level test and an optional battery system-level test. The racks that fulfill the rack-level test standards can be installed without installing an additional separate fire prevention system, said Samsung SDI.