The company will perform the 2016 modern ballet piece that takes its motif from an old Chinese tale at the LG Arts Center in southern Seoul from Friday to Sunday, followed by more performances in Busan and Daejeon. 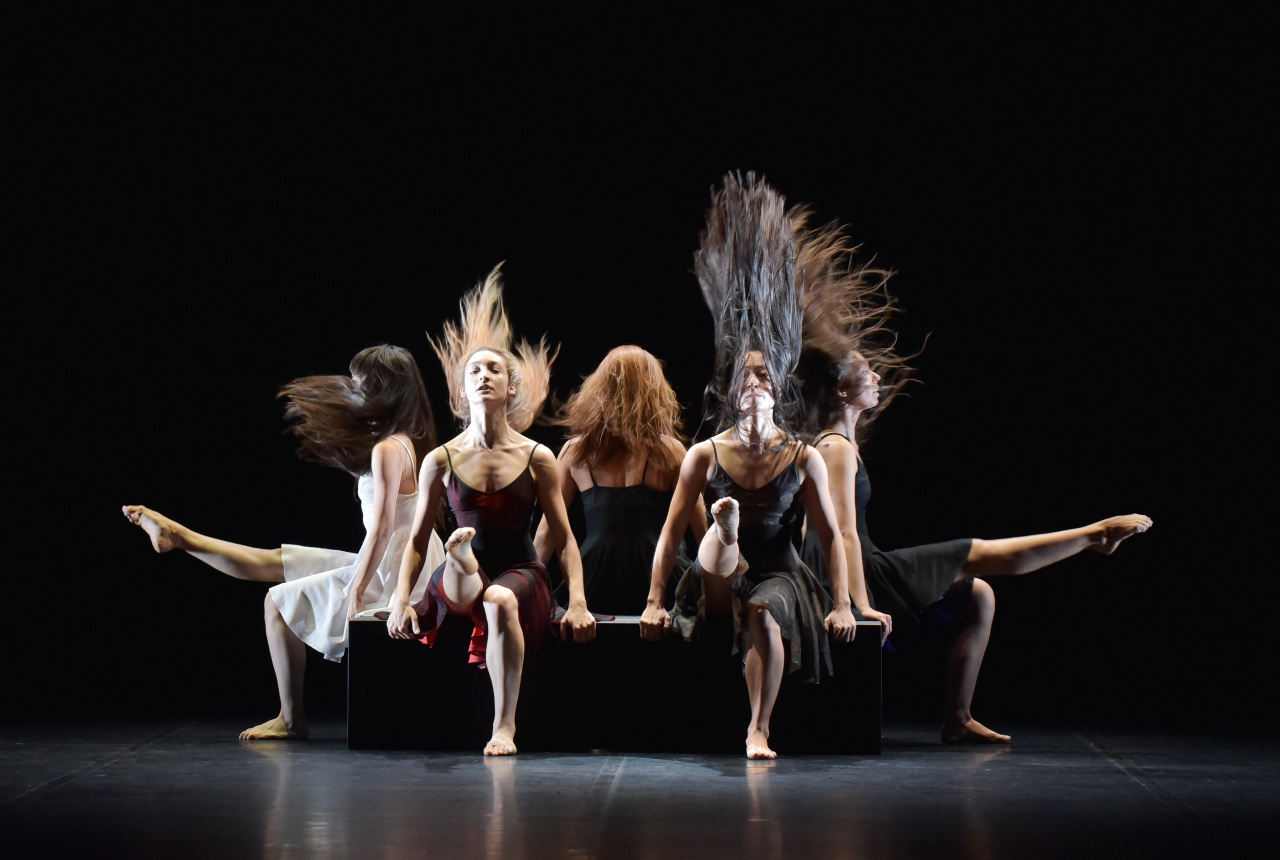 “La Fresque” (Jean-Claude Carbonne)
The story revolves around a man who visits an old temple and falls in love with a long-haired woman depicted in a fresco. He is transported into the painting and the two eventually marry. But bronze warriors cast the man back to reality. In reality, he discovers the woman sports an up-styled hairdo, meaning she is married.

“It is hard to explain movements with words. This story is about feelings and does not have a strong narrative,” Preljocaj said in French at a press event held Thursday at the arts center. 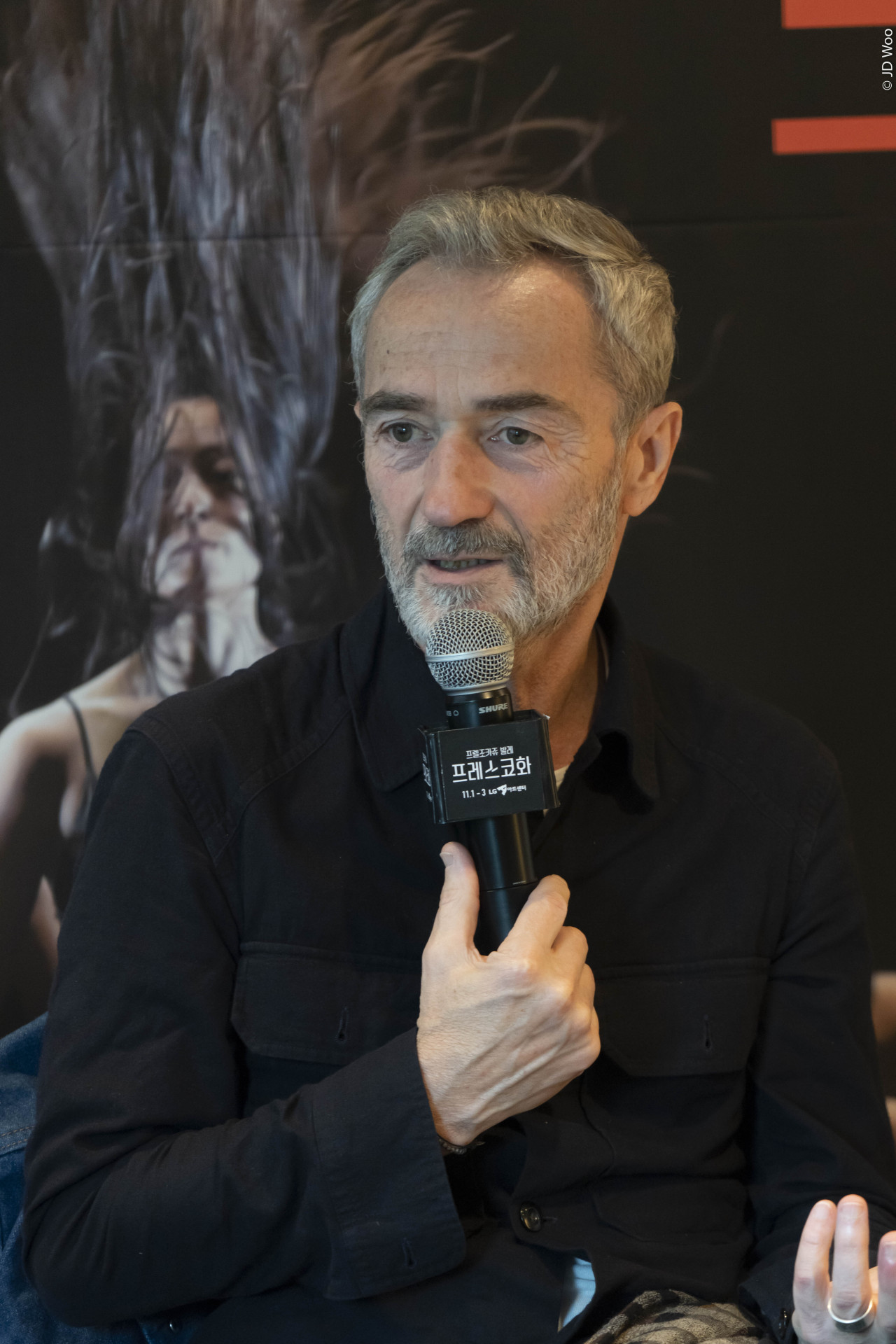 Choreographer Angelin Preljocaj speaks at a press event Thursday at the LG Arts Center in southern Seoul. (LG Arts Center)
“There are a lot of symbols in the work. A duo dance refers to love, group dance delivers the atmosphere of the village and is very ritualistic. The scene featuring bronze warriors is the most symbolic and meaningful,” he said.

The piece was conceived three years ago, when the Theatre de la Ville de Paris requested a work for a young audience. According to the choreographer, modern dance is popular among young people in France.

At the press event, Preljocaj mentioned hit augmented reality game Pokemon Go, saying the theme of the game is similar to “La Fresque.”

“(The man in ‘La Fresque’) searches for a character who does not exist in reality, like the game,” he said. “The story can be connected to virtual reality, an important topic nowadays. The tale may be old, but it is a foresighted story that looks into the present.”

Preljocaj, celebrated for his detailed choreography, even directs hair movements in “La Fresque.” In the work, hair symbolizes youthful beauty. Apart from changes in the dancers’ hairstyles, hair is actually part of the choreography, an extension of body movement.

“The most important element is in the hair. Hair is the central element that encompasses the whole project. It also symbolizes oriental calligraphy, brush strokes,” he said.

“La Fresque” can also be appreciated for its fashion, as the piece features costumes by the late designer Azzedine Alaia.

Preljocaj, an acclaimed dancer-turned-choreographer, founded and leads Ballet Preljocaj. The company is based at choreography center The Pavillon Noir in Aix-en-Provence, southern France.

The choreographer’s last visit to Korea was in 2014 for “Snow White,” created in collaboration with designer Jean Paul Gautier. Over the past 35 years, the artist has choreographed more than 50 ballet pieces.

After the Seoul performance, the troupe travels to Busan (Nov. 6) and Daejeon (Nov. 9-10).