South Korea and countries in Southeast Asia are seeking to join hands in developing forests in cross-border areas throughout the region to enhance their partnership for the security and environment.

According to the Korea Forest Service, it will adopt a joint declaration with the Association of Southeast Asian Nations for forestry cooperation. The document will gain approval at the two groups’ high-level meeting to be held in Seoul on Thursday.

The declaration is expected to pave the way for the ASEAN countries to endorse the Korean government’s “Peace Forest Initiative,” a project designed to reduce armed conflicts by planting trees in cross-border regions, such as the Demilitarized Zone on the Korean Peninsula.

“(We declare) support for the Peace Forest Initiative so that cooperative projects over forests in border areas which require proper management are identified and forest disasters are tackled more systematically,” the draft version of the joint declaration reads. 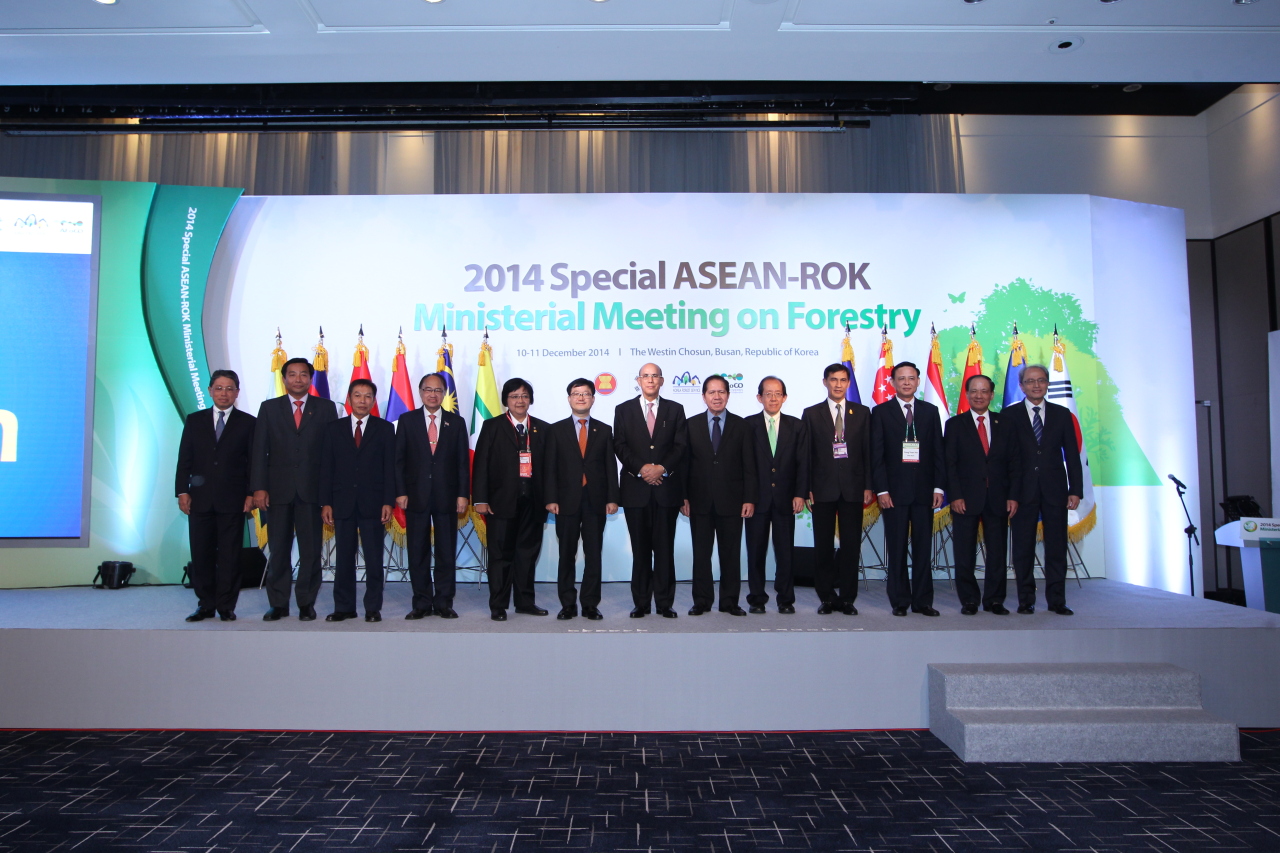 The Korean government has been pushing for the PFI since last month when the plan was first envisioned at an international forum in India. The Forestry Ministry introduced the project during a conference of the parties for the UN Convention to Combat Desertification.

Similar projects have been introduced between countries sharing borders, such as East and West Germany during the Cold War. After the two countries were reunited in 1990, they launched the German Green Belt, planting trees in border areas.

President Moon Jae-in has pinned hopes on a scheme similar to Germany’s cross-border forestation project being used to promote peace between the two Koreas, which have remained at war since the 1950-53 Korean War.

“As with the case of East and West Germany that achieved peace by building long-term trust, forest cooperation will be a driving force behind the promotion of peace,” Moon said during his speech at the Partnering for Green Growth and the Global Goals 2030 meeting in New York last month.

The forestry cooperation between Korean and ASEAN countries is also expected to preserve the environment and promote tourism.

The two groups will agree to expand their efforts to build forests in urban areas and create a place for leisure and education. They are also planning to share their expertise about how to control disasters in the forest.

In order to demonstrate the spirit of cooperation, the Korean government and ASEAN member states will construct a symbolic building. They will tentatively agree to establish a “garden” to showcase their partnership.

“(We) will promote the implementation of a variety of cooperative activities in forestry to strengthen sustainable forest management and recognize the necessity for conservation and management of forest resources,” the draft version of the declaration reads.

They are also expected to stress the importance of a regional organization to strengthen forestation partnerships and expand its role for the future. They will agree to promote the status of the “Asian Forest Cooperation Organization” to promote future cooperation.