The multicultural choir was among 40 that entered Saturday’s national choral competition, the only amateur competition recognized with a presidential award. 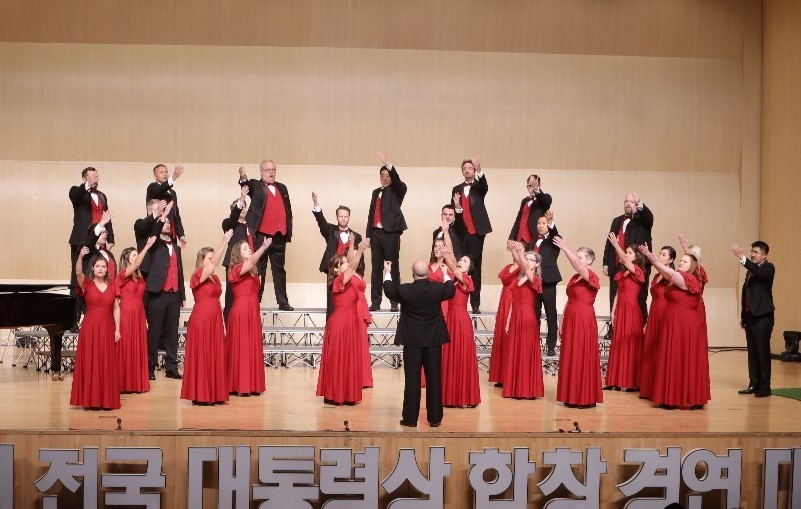 Camarata Chamber Singers pose with conductor Ryan Goessl (front row, left) at the 23rd National Choral Competition for the Presidential Award in Daejeon on Saturday. (Camarata)
Sixteen choirs made it to the final, where they each sang twice, with at least one Korean song.

The Chamber Singers sang “Nyon Nyon” by Jake Runestad, and Aeo-rang, based on a North Korean folksong, composed by Oh Byung-hee.

Conductor Ryan Goessl said he was humbled by the award and thanked the judges for their consideration.

The singers are part of Camarata Music, which Goessl began in 2009 to offer performance opportunities to people of different backgrounds, with 103 nationalities represented over the years in its four choirs, orchestra and musical theater group. 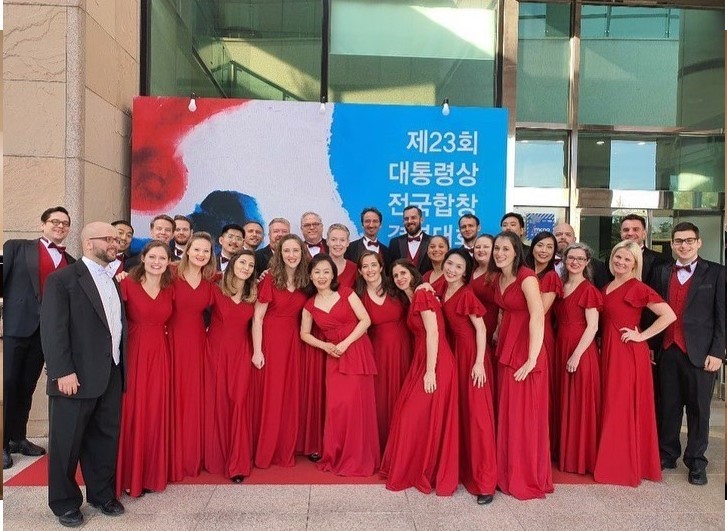 Camarata Chamber Singers perform at the 23rd National Choral Competition for the Presidential Award in Daejeon on Saturday. (Camarata)
Its upcoming concerts include “Diamond Gala” on Nov. 1, Camarata Chamber Singers winter concert, “The World’s Harmony” on Nov. 24, and the Camarata Chorale’s performance of Handel’s “Messiah” on Dec. 14. More information is available at camaratamusic.org.