[ The Korea Herald – Send E-mail ]
Will iPhone 11 overcome lack of 5G?
Apple’s newest handset goes on sale in Korea
By Song Su-hyun
Published : Oct 25, 2019 - 16:08
Updated : Oct 26, 2019 - 11:16
US smartphone vendor Apple on Friday started rolling out the 11th edition iPhone that only supports the 4G Long Term Evolution network, unlike its archrival Samsung Electronics that is pushing for 5G models in its own turf.

The iPhone 11 went on sale in the Korean market via the country’s three mobile carriers, which all held promotional events for those who had made preorders. 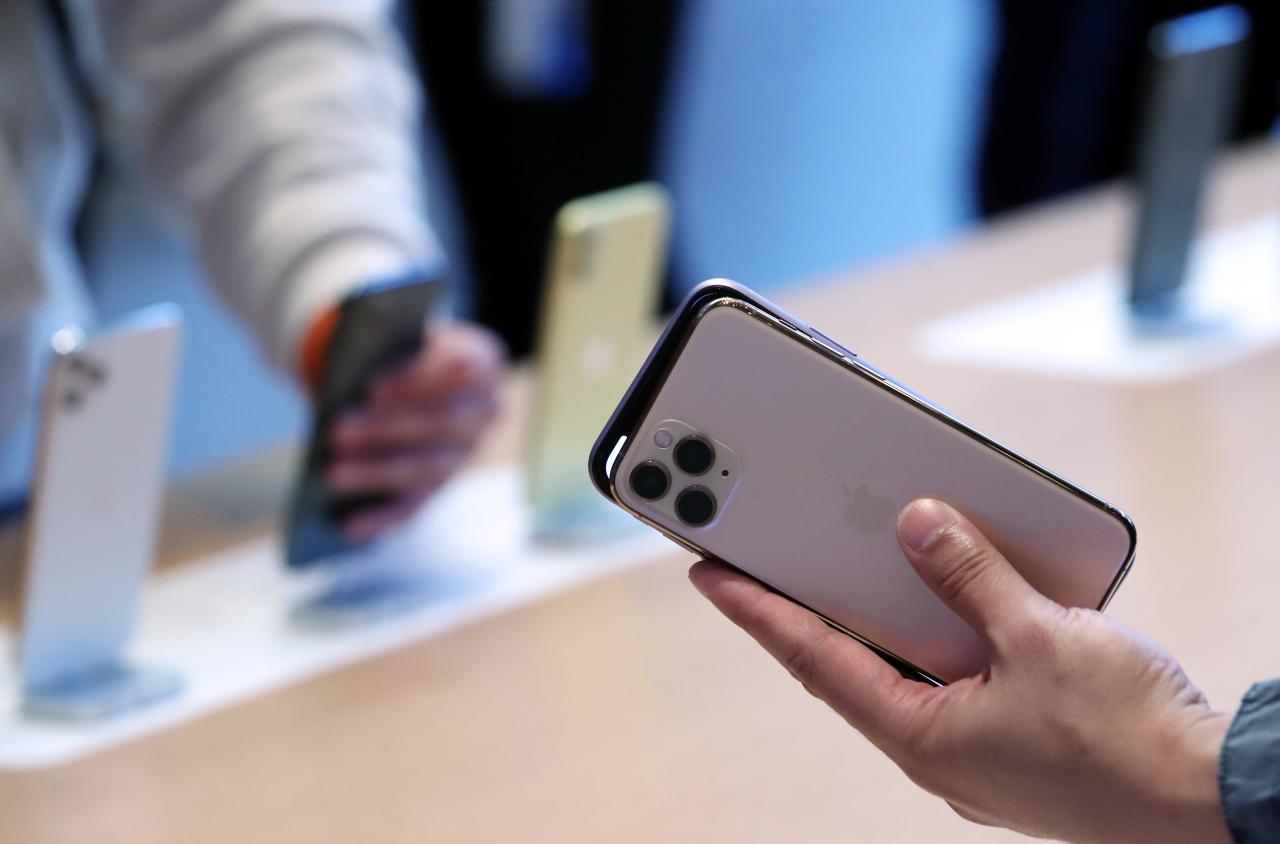 The iPhone 11, featuring a dual camera, comes with the lowest price tag of 990,000 won for 64 gigabytes of storage. The iPhone 11 Pro and Pro Max versions feature Apple’s first triple camera module. The Pro is priced at 1.39 million won, while Pro Max is at 1.55 million won.

According to the telecommunications industry, the presales of the new iPhones are estimated to be at similar levels to their predecessors.

There were skeptical views about success of Apple’s 11th iPhone edition, because of Korea’s trending migration from 4G to 5G networks.

“The initial market reaction to the iPhone 11 in the US and Japan seems to have positively influenced the Korean market,” said an industry source. “Korean 5G users who are not fully satisfied with the current quality of the 5G network might choose iPhone.”