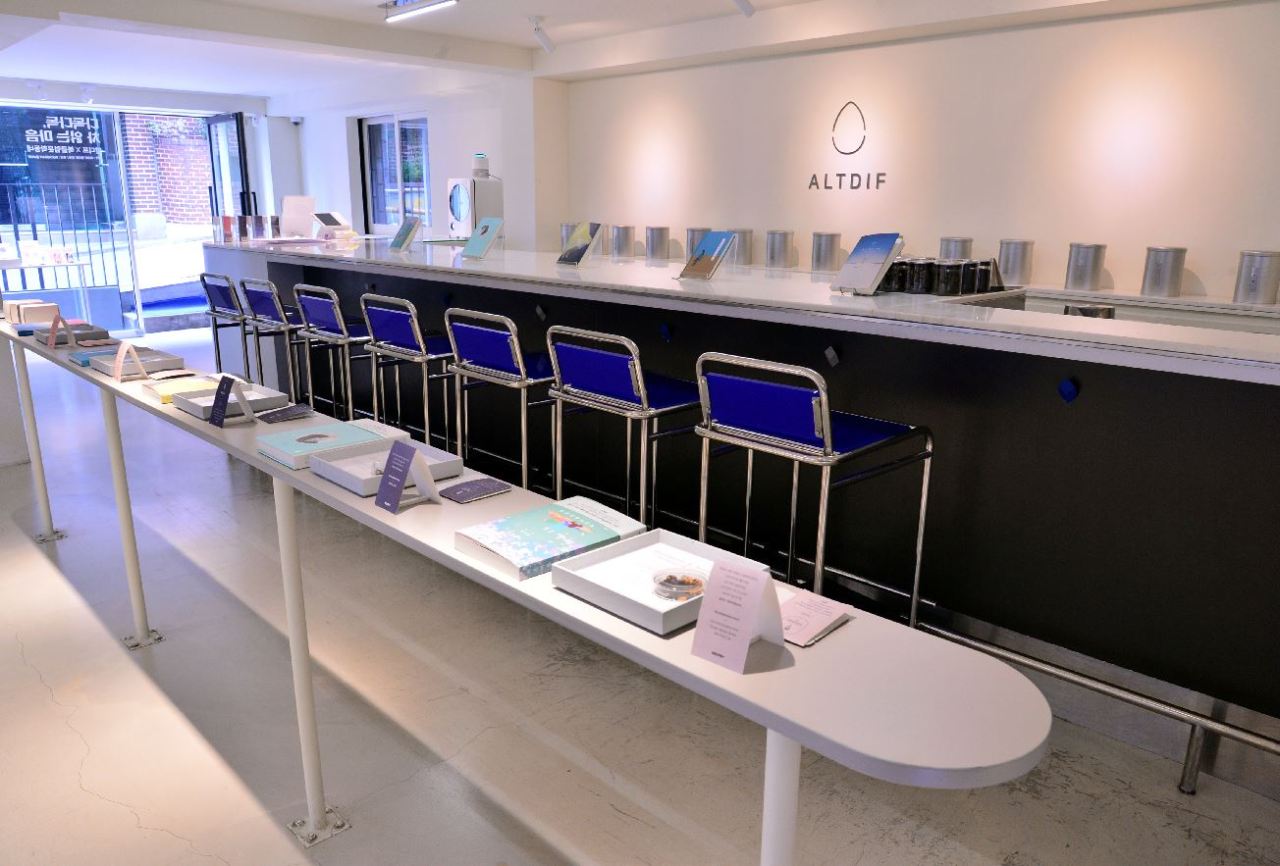 Interior of Altdif (Park Hyun-koo/The Korea Herald)
“We’re not just a tea shop. We’re a lifestyle shop that centers on tea and the tea-drinking lifestyle,” explained Ryu Gyeonghyeong, general manager of the shop.

Since its opening in late 2016, Altdif has stuck to its unique concept by offering a five-tea course for seven guests only.

Just like a full meal, it starts with a straight tea, as entree, moves onto heavier drinks like milk tea with a thick cream on top, and finishes with a refreshing dessert tea. Simple tea foods -- whole wheat crackers, cream cheese, honey and figs -- are served together.

All the drinks are arranged by Altdif’s blend master to suit the season’s chosen theme. Right now, it is books.

In a collaboration with a book club run by leading publisher Munhakdongne, titles by five female writers have been chosen. Tea selections have been made to match the stories.

Previous seasons had themes like yoga, an imaginary trip to a foreign land and tarot reading, Ryu added.

For customers who think five cups of tea would be too much, a three-tea course is also available.

“At first, most of the customers were tea lovers. But now, we get a lot of customers who do not have much experience with tea,” which she said was desirable because Altdif wants to spread the love for tea.

“Tea slows down our life. Through tea, we can find a way for a simpler, slower and more fulfilling lifestyle,” she stressed.

Thanks largely to word of mouth, the shop’s weekend tea session gets booked well in advance. It is planning to open a second shop in another part of Seoul in the coming months. 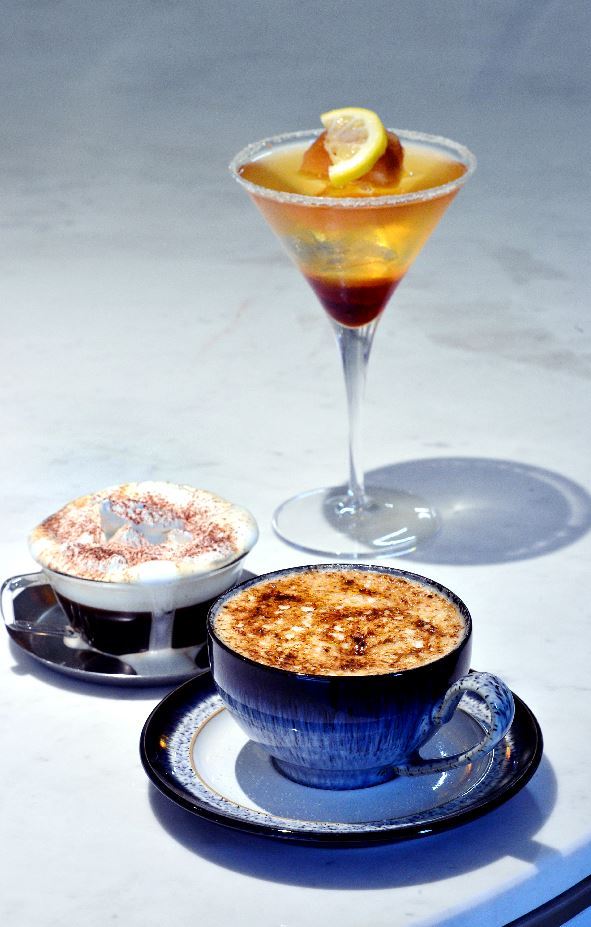 Altdif’s signature tea drinks are (from front) “Milk Tea of Ice and Fire,” “Velvet Cloud Milk Tea” and “Sparkle Chandelier.” (Park Hyun-koo/The Korea Herald)
The five-tea course is priced at 30,000 won and the three-tea one is 18,000 won. Altdif serves a la carte drinks to walk-in customers as well. The shop also sells its blends, tea perfumes and other items.