Lee arrived in Tokyo on Tuesday for a three-day trip to attend the Japanese emperor’s enthronement ceremony and mend ties between Korea and Japan which have dipped to their lowest level in years over wartime history and trade restrictions.

“The goal is to create an atmosphere to promote dialogue as much as possible. … We may be able to progress to ‘let’s have intense discussions,’” Lee told reporters at a hotel lobby in Tokyo early Wednesday. 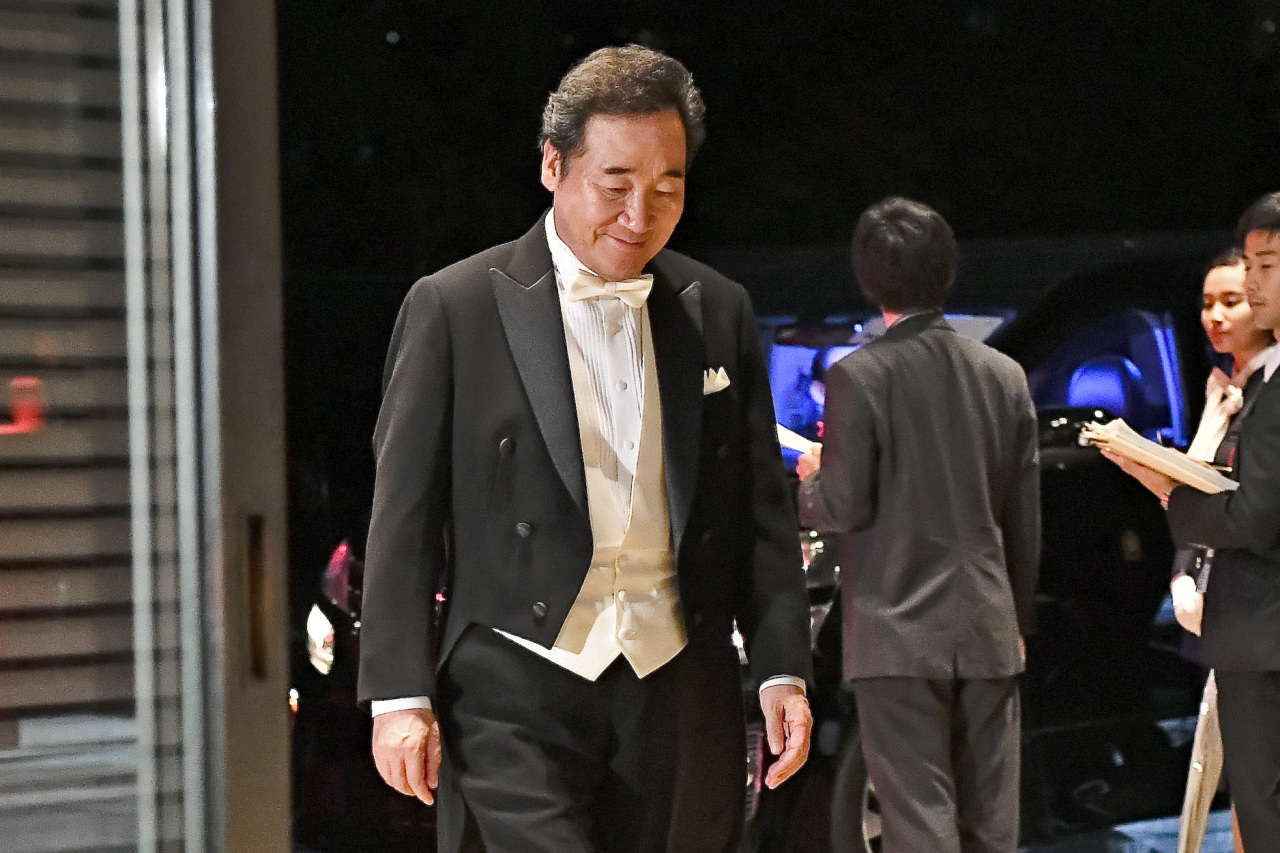 Prime Minister Lee Nak-yon (Yonhap)
“You know what the situation is like. It’s not something that can be dramatically sorted out with a few words. … There won’t be anything specific coming out, especially (from the meeting) with Prime Minister Abe.”

As Lee’s meeting with Abe is expected to last a little more than 10 minutes in between the Japanese prime minister’s meetings with delegations from other countries, the two are unlikely to get into specific issues such as wartime forced labor, export restrictions or the bilateral military information-sharing pact.

The two countries’ relations soured after Japan imposed restrictions on exports of key industrial materials to Korea in July, and removed Seoul from its list of preferred trading partners in August. The moves were widely seen as retaliation against the Korean court rulings that ordered Japanese companies to compensate Korean victims of forced labor during World War II. Seoul also removed Tokyo from its preferred trade list and decided not to extend the bilateral General Security of Military Information Agreement.

“I don’t plan to bring up any particular issue first,” Lee said, adding that if Tokyo talks about an issue without knowledge of the situation in Seoul, he “could explain the blind spots of that proposal and why it is difficult for Seoul to accept it.”

That would be as far as it gets, and the two sides won’t be able to reach any agreement during the meeting, he said.

Lee mentioned that he briefly exchanged greetings with Abe, whom he has met several times before, at the previous evening’s banquet.

Lee said he held closed-door talks with a Japanese politician, a scholar and a member of the press on Tuesday, and plans to meet more during his trip.

He denied news reports that he had contacted Japanese companies and persuaded them to take part in Seoul’s compensation plan for wartime forced labor before departing for Tokyo.

Lee said that he has met with Japanese business leaders who visited Seoul, but did not reach out to them.