Netmarble, a Korean firm that focuses on mobile game development and distribution, was on Monday named the preferred bidder for a 25.08 percent stake in Woongjin Coway, a firm that operates subscription services for water and air purifiers, mattresses and other miscellaneous household appliances.

Netmarble, through an investors’ conference call the same day, explained that it will combine the technological expertise of a games firm with Coway’s industry-best physical subscription business model to create synergy in penetrating the fast-growing smart home market. 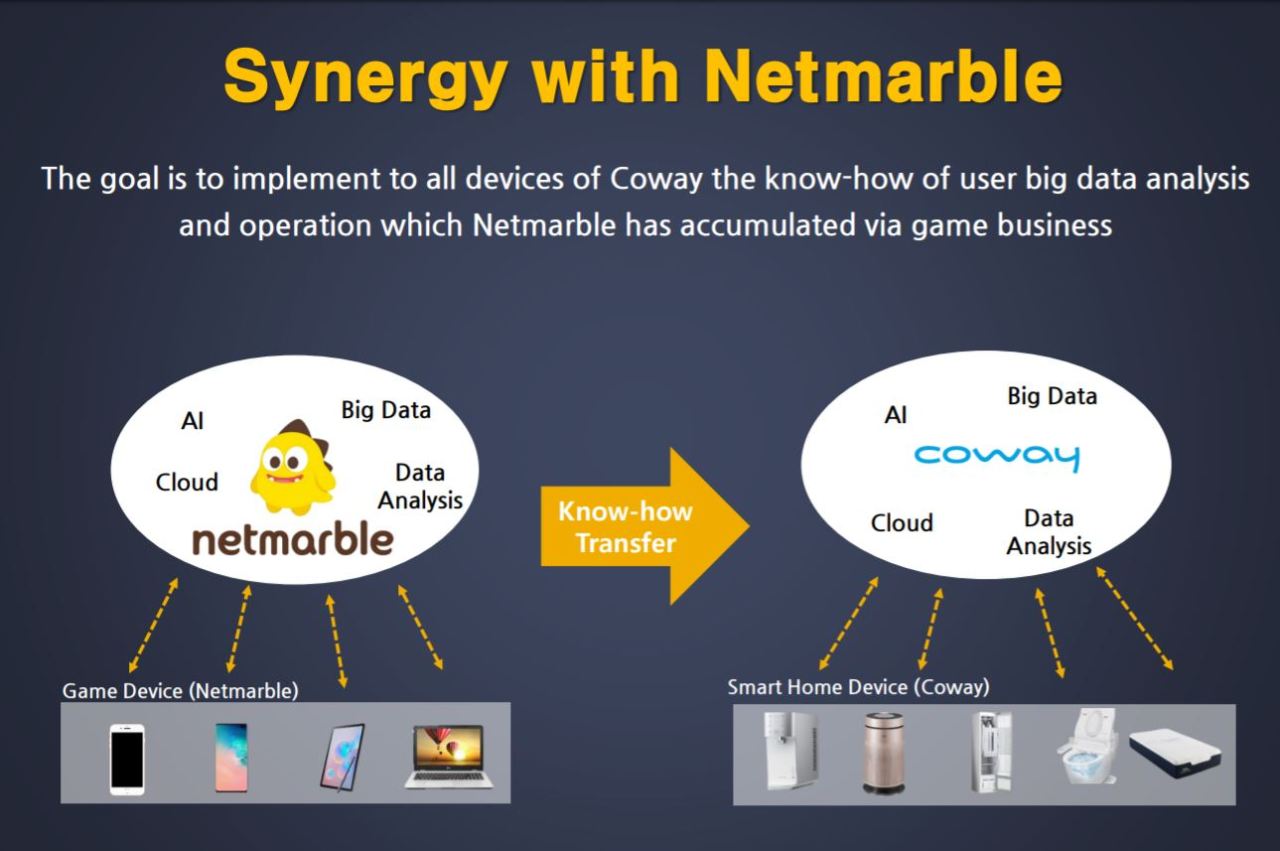 “Netmarble as a games company has been developing artificial intelligence, big data and cloud technologies. We will apply this know-how to all of Coway’s products to develop them into smart home devices,” said the company’s Chief Strategy Officer Seo Jang-won.

The reverse -- applying Coway’s subscription model to Netmarble’s game business -- is an idea yet to be entertained, said Seo.

Netmarble, confident it has deep enough pockets, will fund the 1.83 trillion won ($1.55 billion) purchase of Coway from cash reserves.

The games company has been annually creating 300 billion to 400 billion won in earnings before interest and taxes, and for the past five years has been actively scanning the market for stably growing businesses to invest in.

Netmarble foresees Coway to show rapid growth in markets such as Southeast Asia and the US.

While the product subscription economy model has so far not been globally adopted due to coverage issues related to vast territories, innovations in AI, cloud technologies and logistics are pushing it to mainstream. 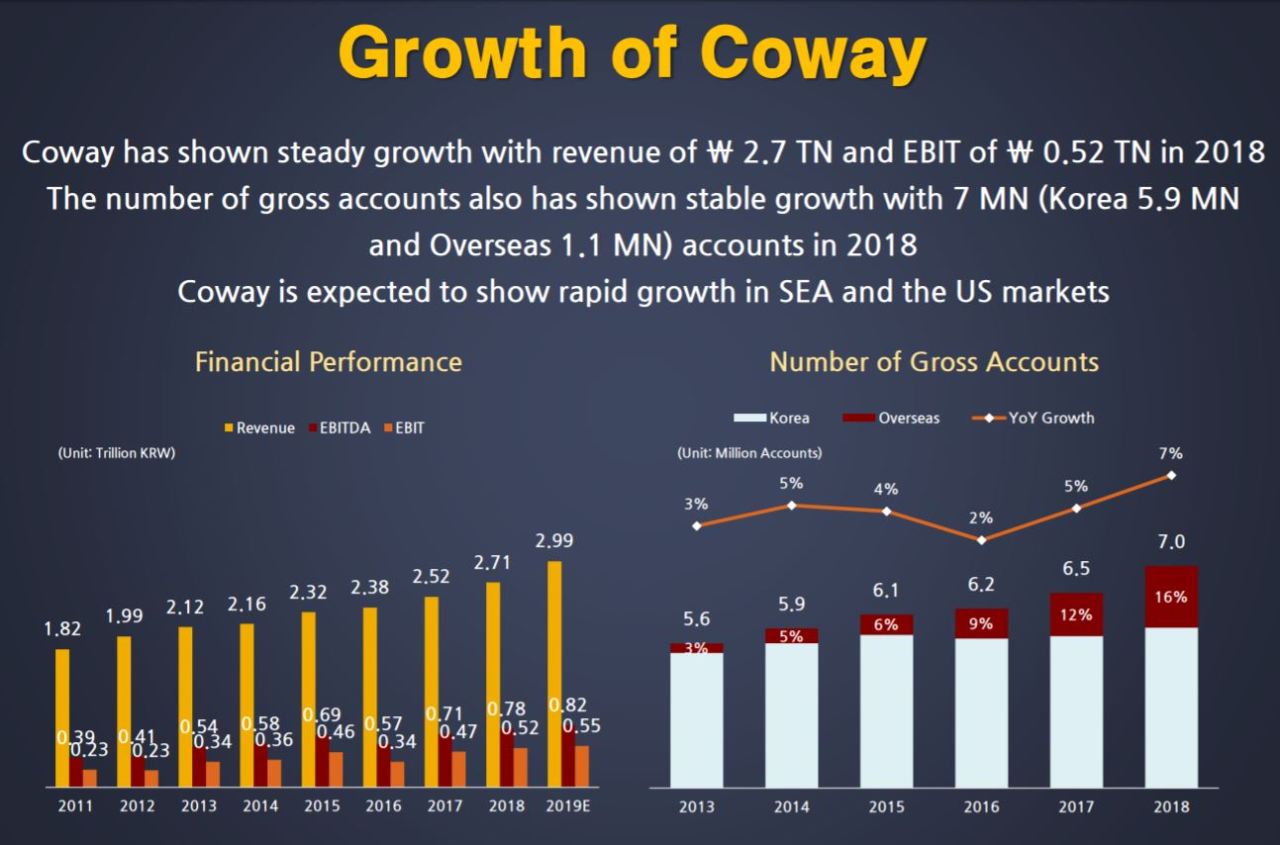 “Research institutions forecast that the global subscription economy market is forecast to grow to $530 billion by 2020. The domestic consumer and household rental market is also forecast to double to 10.7 trillion won by 2020 with a five-year compound annual growth rate of 16 percent,” Seo said.

The smart home, a house where smart devices are connected to each other based on internet of things technology, is forecast for a six-year compound annual growth rate of 43 percent to $192 billion in 2023, according to London-based IHS Markit.

Immediate investor sentiment upon the acquisition was rosy for Coway and thorny for Netmarble, pushing the stock prices for the two firms in the opposite directions.

Netmarble CEO Kwon Young-sik said the Coway acquisition is a means to identify a new growth engine and not a gesture dismissing the prospect of the games industry.

“We will continue to seek out investment opportunities in the games area,” Kwon said.

Netmarble’s other recent investments include US games studio Kabam Jam City and Korean entertainment production house Big Hit Entertainment. It had also bid for competitor Nexon earlier in the year. 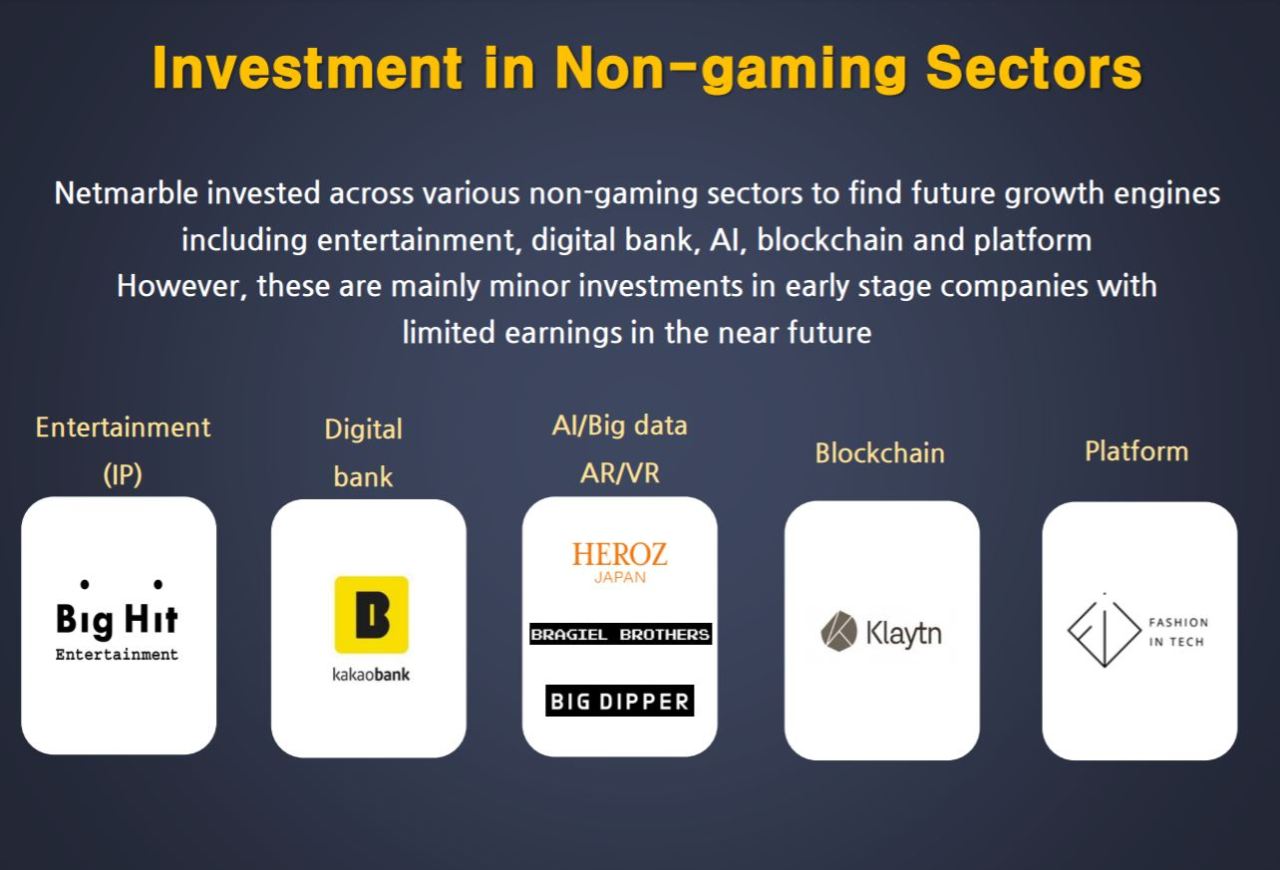 Similarly, but not quite comparable to Netmarble’s subscription business, is Apple, which has opened a subscription-based business model for mobile games called Apple Arcade. The platform, exclusive to Apple devices, was announced in March and launched on Sept. 19, concurrently with the introduction of the iPhone 11 and 11 Pro.