According to the Korea Securities Depository, the combined value of derivatives-linked securities, including derivatives-linked bonds, sold throughout September dropped to 1.4 trillion won ($1.2 billion), down 32.2 percent on-month.

The value of the product’s combined sales has more than halved since June, when the figure was 3.1 trillion won. 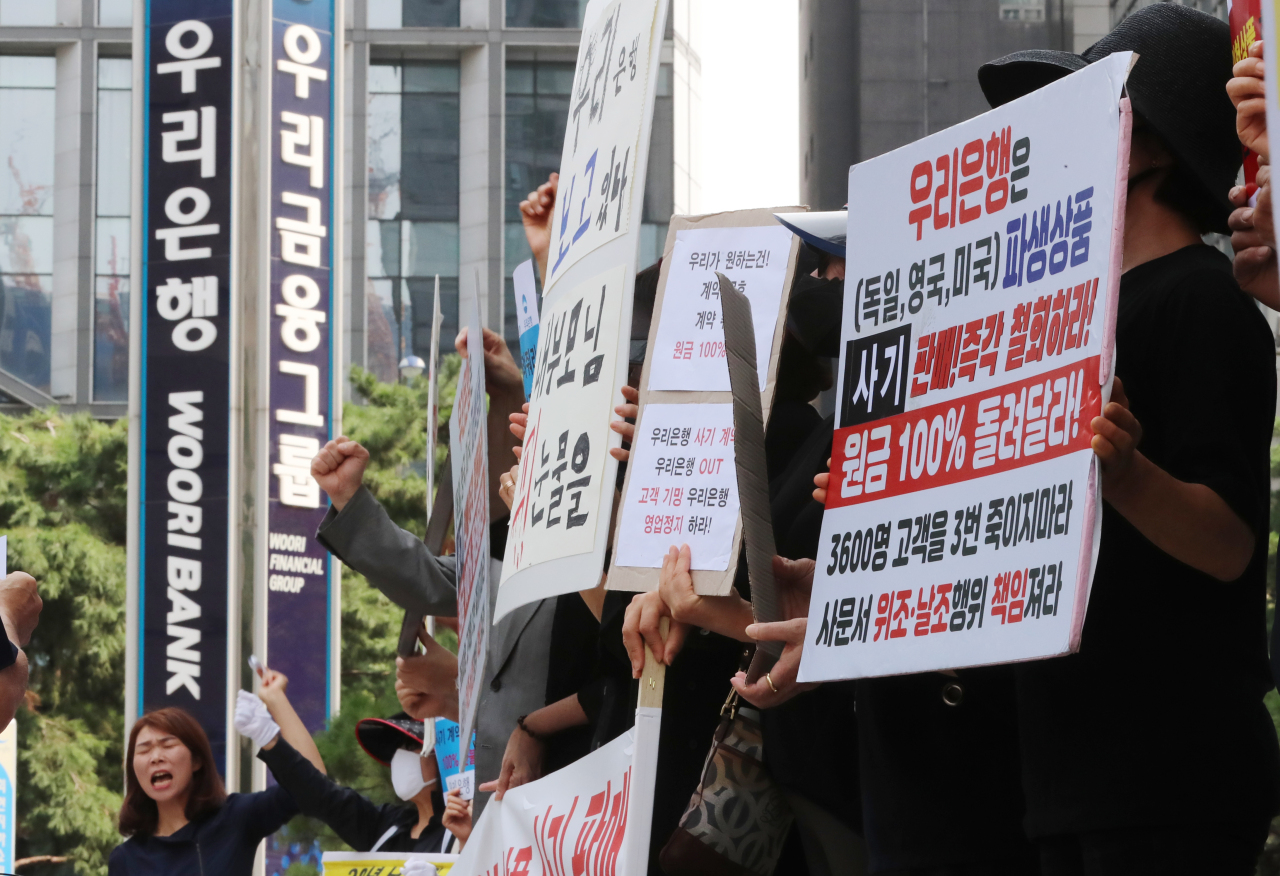 Investors of derivatives-linked securities products sold by Woori Bank protest in front of the bank`s headquarters in central Seoul on Tuesday. (Yonhap)
The data comes as the watchdog Financial Supervisory Service has been probing the commercial banks’ sales of high-risk derivatives products, mainly sold in the form of funds, that led investors to lose a combined 351.5 billion won.

The FSS on Tuesday said that the financial institutions involved in the case are suspected of ignoring their duties to assess risks and alert their clients of potential risks.

Meanwhile, the combined value of equity-linked securities, a type of product that derives its value from stock indexes, climbed 3 percent to 5.2 trillion won, in the cited period.

Though the figure has increased slightly on-month, the overall demand has remained at a lackluster level since April, when the products tied to Hong Kong’s Hang Seng China Enterprise Index saw a hefty drop in value after the index was weighed on by the pro-democracy protests there.