The Cabinet has approved revised bills on labor unions, public officials’ unions and teachers’ unions to ratify three conventions of the International Labor Organization, the Ministry of Employment and Labor said.

The three ILO conventions are No. 87 on freedom of association, No. 98 on the right to organize and collective bargaining, and No. 29 on the prohibition of forced labor. 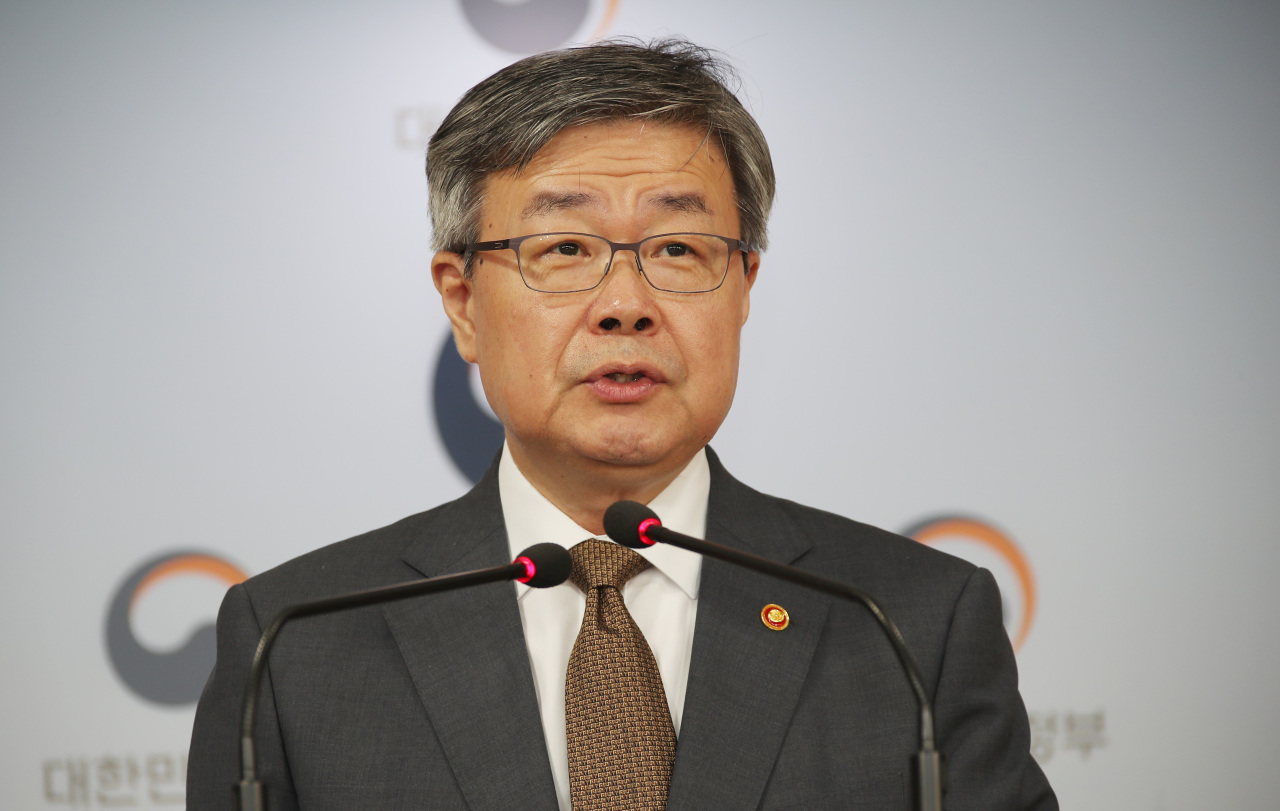 Employment and Labor Minister Lee Jae-gap (Yonhap)
Korea joined the ILO in 1991, but has not ratified four of the eight core conventions.

The European Union has demanded that Korea ratify key labor provisions, as agreed in their free trade agreement implemented in 2011. It has also called for a panel of experts to be convened to review Seoul’s compliance with the FTA amid concerns that the economic bloc may take trade retaliatory measures against Korea.

Under the revised labor union bill, the unemployed and fired workers can join unions of individual companies, and agreements from collective bargaining will be valid for three years instead of the current two years.

However, there will be certain procedures for union members who are unemployed or have been sacked when entering workplaces or using facilities, to restrict acts that undermine business operations.

Only union members who work at the companies will be eligible to become executives of the unions of those companies.

As for the bill on labor unions of public officials, the provision that restricted union membership to officials of grade six or below has been deleted, and fired officials will be allowed to join unions.

The bills may face difficulties at the National Assembly due to strong objections from opposition parties and businesses.

Korea and the EU are now in the final stage of discussions to organize the panel of experts to review Seoul’s compliance with the FTA.

As the panel is mandated to operate for 90 days, it is expected to issue a report on its findings around the end of this year or early next year.