The six-track EP is the final chapter of the band’s “US” trilogy that started with debut EP “Light Us” in January and was followed by “Raise Us” in May. The new album consists of “Intro: Fly Me to the Moon,” “Plastic Flower” “Lit,” “Blue Sky,” “Level Up” and “Stand By.”

As a finale to the series, the sextet of Ravn, Seoho, Leedo, Keonhee, Hwanwoong and Xion picked “Lit,” a trap track that incorporates an oriental vibe, as the lead single to showcase the band’s distinct charm, which is expected to sway audiences in the US as it is plans to kick off a first concert tour there in November. 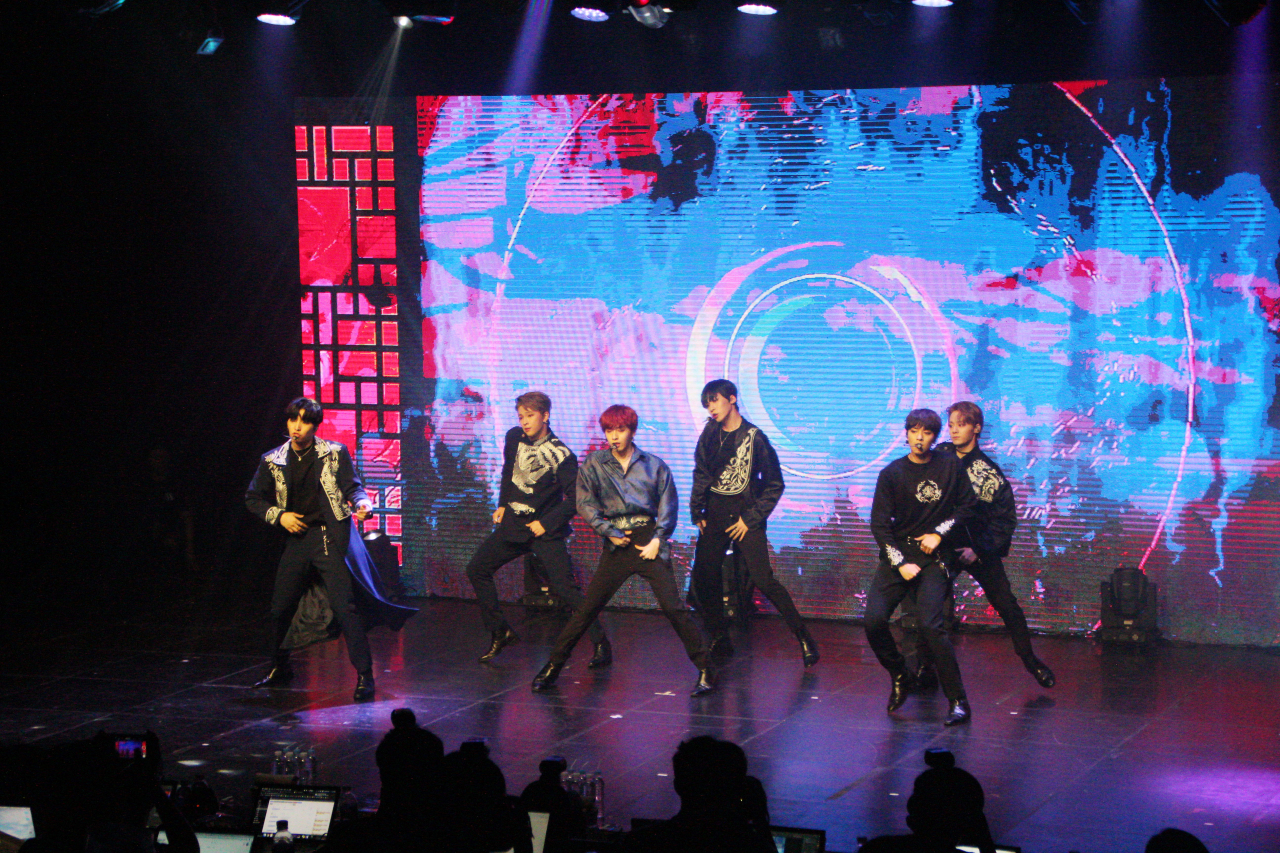 At the media showcase, the boy band performed “Blue Sky” and “Lit,” highlighting a unique mix of hip-hop and traditional Korean style and melody lines, including lyrics such as “eolsoo” and “jihwaja,” both exclamations used in Korean folk opera.

“We are grateful to receive an invitation from the US,” said Seoho. “In November, we are traveling to six cities: New York City, Chicago, Atlanta, Dallas, Minneapolis and Los Angeles. Through the performances we want to make our names known (in the US).”

“Prior to the US tour, we are pleased to unveil a song that expresses oriental and Korean beauty very well,” said Keonhee. “Through the performances, I hope the fans in the US will be able to feel Korea’s charm and beauty, and we will work hard to make that happen.”

“Lit” was written and composed by K-pop hit maker Kim Do-hoon, who is the founder of the band’s label, RBW Entertainment, also home to Mamamoo. Kim had advised the band to enjoy the stage, as the song is high in energy and cheerful. “He told us to have fun on the stage, with fans and each other,” said Hwanwoong.

Alongside releasing the new album, the band will kick off promotions on Mnet’s “M Countdown” on Thursday. On entering the heated October K-pop scene, where an array of popular male groups are releasing new albums, including SuperM, Super Junior, Ateez and Monsta X, among others, the rookie band said they are simply honored to be on the stage with other talented groups.

“It is our honor to be on the stage with seonbae (senior) singers,” said Keonhee. “We contemplated what Oneus can show. We will each participate more on our album, with lyrics and composing and concept, to show our own unique style. I hope our confidence is displayed well on the stage.

“With the album, our goal is to rank No. 1 on music broadcast programs,” said Zion.