“Parents come home from work in the evening, but their kids aren’t home from hagwon yet. They are not back until late at night. This isn’t normal,” Song said during an interview with The Korea Herald. 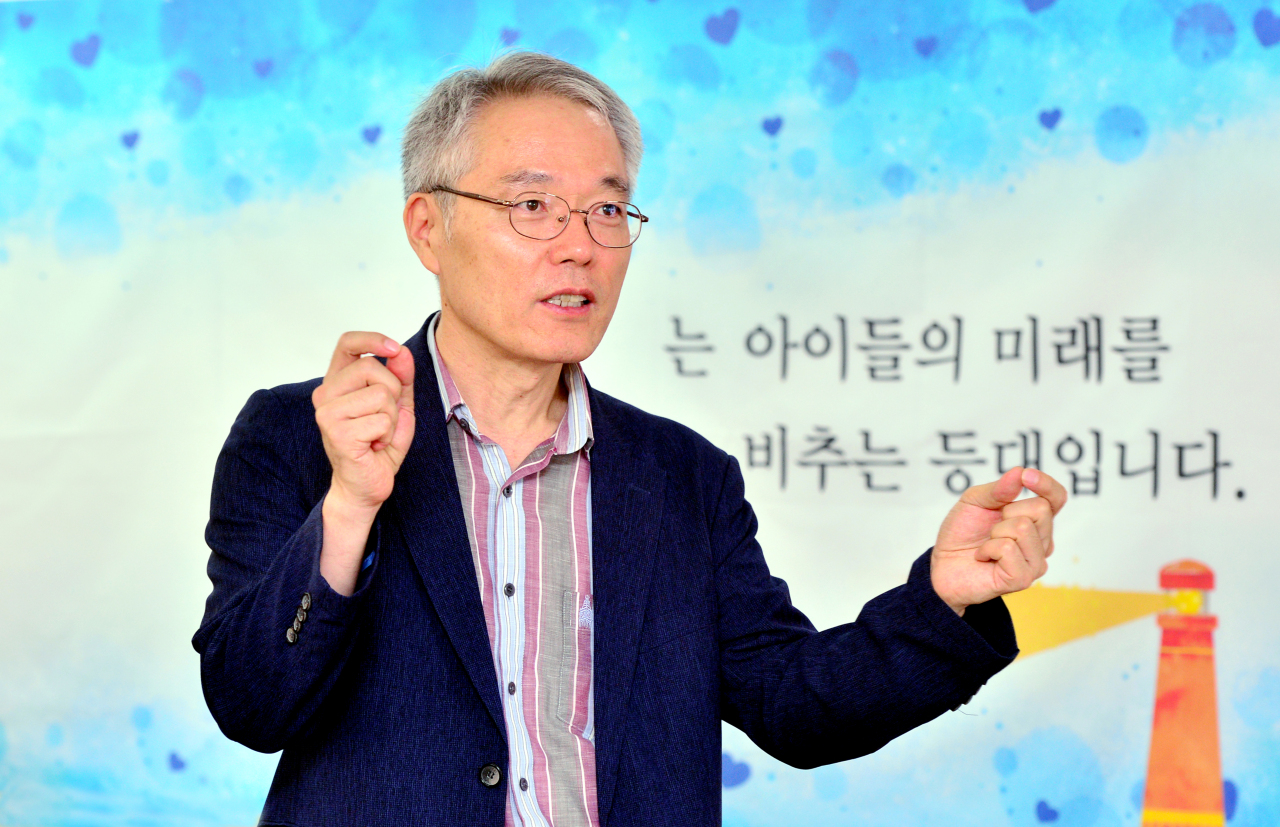 “If work is excessive, there is no joy. You just want to finish it once and for all. We say the future will require lifelong learning, but we’re making our children sick and tired of learning.”

The root cause of the problem is parents’ belief that a diploma from an elite university is the key to a better job and better marriage prospects. The race to earn a place in one of those universities starts as early as kindergarten, or even sooner.

“Fundamentally, we have to break that perceived link between a good university and a good life,” he said.

To say that with such confidence, Song has spent 13 years as a public school teacher and as the leader of a teachers’ movement to change classrooms. During those years, he has often experienced feelings of helplessness and frustration.

“The college entrance system was like a monster, or a dinosaur. In the end, everybody submitted to it,” Song said.

Anyone who attempts to reduce the burden of college entrance competition -- a parent, a teacher, even a principal -- faces a David-and-Goliath battle. For Song, the courage to take it on came from a religious experience. One day a pastor’s sermon challenged him to consider that the country’s persistent problems around education had not been solved because no one in the whole country had ever viewed it as his or her calling.

Believing that to be a call from God, Song launched the civic group in 2008, together with a parents’ group.

“We dream of a world where no parent has to spend a penny for shadow education and no child commits suicide under the burden of excessive study,” Song said. “It is a world that children in most other countries live in.”

Don’t be misled by Korean children’s high scores on global assessment tools such as the Program for International Student Assessment, he urges. What the scores don’t show is the teen suicides taking place here in connection with pressure to study -- over 200 every year -- or the inefficiency of learning given the long hours that students put in, or the overall negative attitudes toward learning shown in many surveys, he said.
Since its foundation, Song’s group has made small but meaningful triumphs toward the goal of relieving schoolchildren of study burdens and parents of financial burdens. 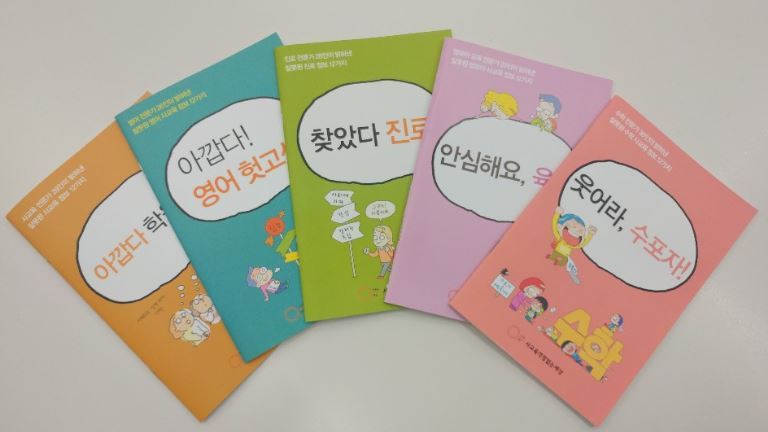 World Without Worry About Shadow Education focuses primarily on data concerning hagwon, private afterschool tutoring institutions, aiming to help parents make informed decisions on their children's education. Shown in the photo are some free leaflets published by the organization. (Lee Sun-young/The Korea Herald)
For instance, in 2017, its campaign brought about a sharp increase in the number of hours of Korean language arts instruction in the first grade of elementary school. This greatly relieved parents of the burden of teaching preschool kids how to read and write.

Still, there is a long, arduous path ahead, Song said.

“As long as there is competition for university, there will be demand for private tutoring. We are aware of that. But the shadow education market now is full of misguided information and marketing tactics that fuel parents’ anxiety that their child may be falling behind,” he said. “We want parents to become wise and informed consumers.”

Nearly half of the nearly 30 full-time staff members at Song’s organization are researchers who collect, compile and present data that debunk many myths in the education market. The group also runs an online counseling platform at www.noworry.kr to help out parents who feel lost and offer them practical advice.

Back to the fundamental problem of the college entrance competition, Song is campaigning for a ban on discrimination based on educational background in the hiring process. Korea has made too many revisions to its college entrance system, he said, but the fundamental problem will never be fixed as long as a university diploma continues to be used as the main barometer of one’s skills and talent.

“We need to stop hiring practices that determine a person’s value based primarily on the university he or she attended,” he said.