The new grain terminal at the Ukrainian Black Sea port of Nikolayev, which is owned by Posco International with a 75 percent stake, is one of the largest export ports in the southern Black Sea. It is capable of shipping 2.5 million tons of grains such as wheat, corn and soybeans annually. 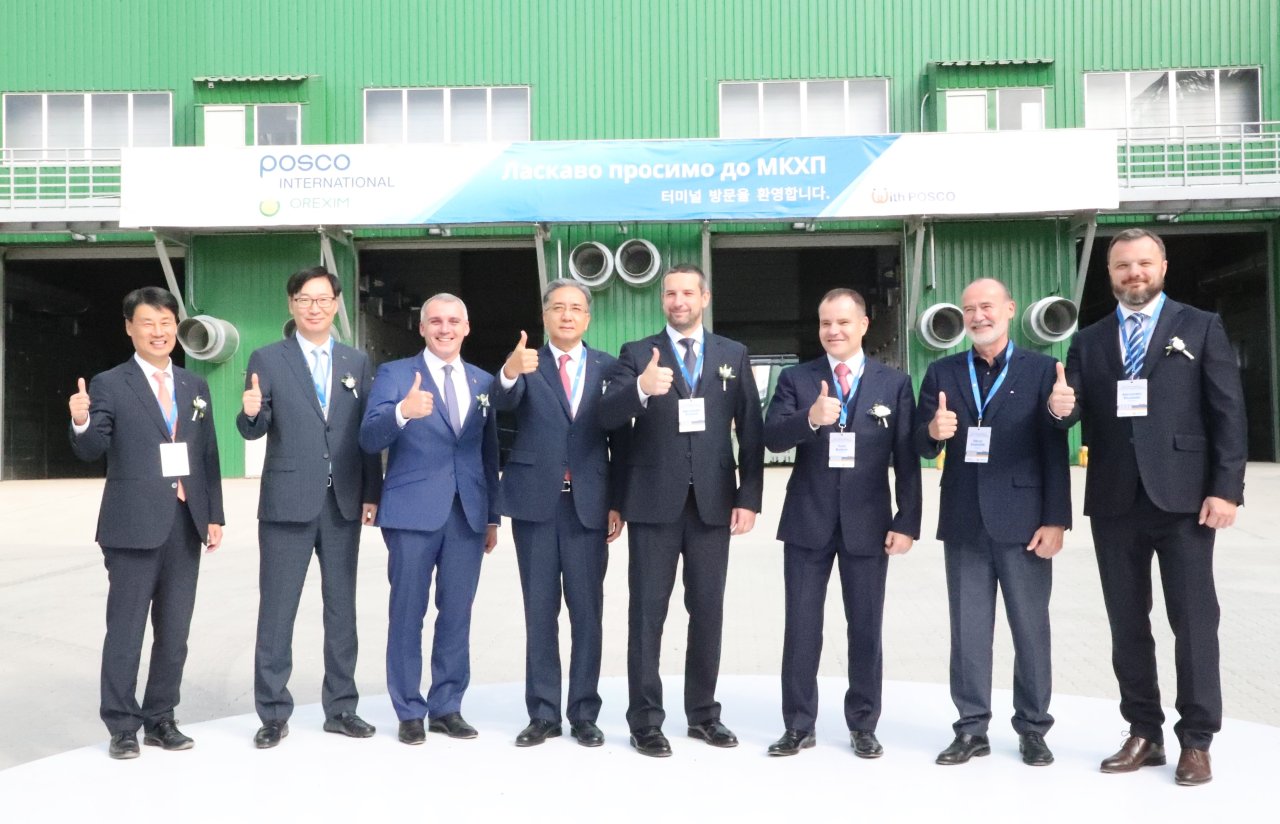 The completion of the grain export terminal enables the Korean trading company to control the logistics of the production, inspection, storage and shipment of grain produced in Ukraine. The firm said it also laid the foundation for developing demand in Asia, North Africa and the Middle East by securing early grain procurement in the Black Sea.

In particular, about 90 percent of all grains are exported through the Black Sea Port, and 22.3 percent -- the largest volume -- is exported from the port of Nikolayev, where Posco International’s grain export terminal is located.

The Korean company is to partner with Ukrainian logistics firm Orexim, which is the largest exporter of sunflower oil in Ukraine and has a dedicated terminal for edible oils and fats in the port of Nikolayev.

Posco International President Kim Young-sang said, “We are expanding our food business value chain to become the largest food resource company in Korea, with the Ukraine grain export terminal at the center.”

The trading company has increased its grain trading volume since 2015 and has expanded its business to major grains such as rice, corn, soybeans and barley.