[ The Korea Herald – Send E-mail ]
[Herald Interview] Finding way home in ‘1945’
Director Koh Sun-woong depicts chaos after Korea’s liberation from Japan
By Im Eun-byel
Published : Sep 23, 2019 - 17:08
Updated : Sep 24, 2019 - 11:04
The Korea National Opera, led by 52-year-old director Koh Sun-woong, will take the stage Friday and Saturday at the Seoul Arts Center with the original opera “1945,” which depicts the lives of ordinary Koreans in 1945, after the peninsula was liberated from Japanese colonial rule.

A celebrated figure in the theater scene here, Koh has led various productions, including plays, musicals and the opening and closing ceremonies of the 2018 PyeongChang Paralympics. This will mark his second attempt at opera, after “Macbeth” in 2016. 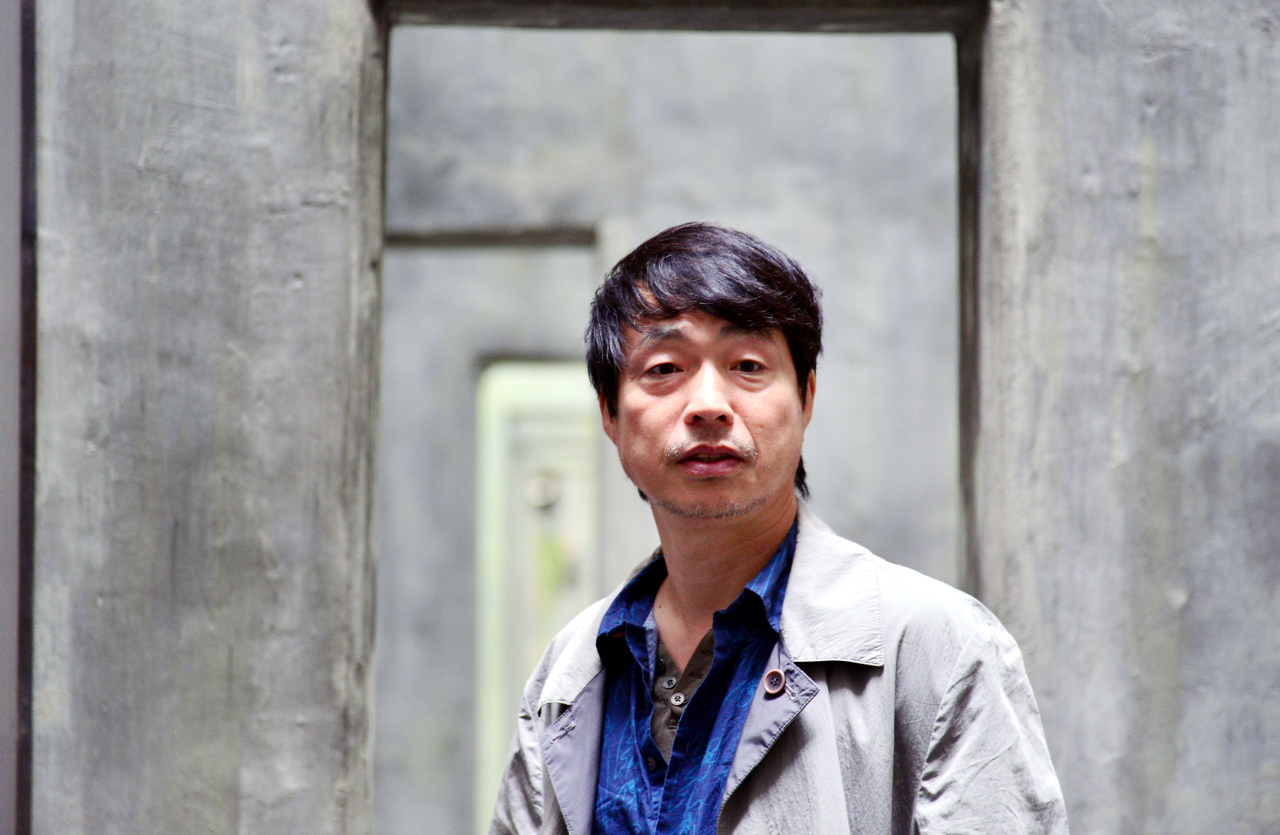 Director Koh Sun-woong poses for photos before an interview with The Korea Herald on Thursday at the Seoul Arts Center in Yangjae-dong, southern Seoul. (Park Hyun-koo / The Korea Herald )
Opera “1945” features a refugee camp of Koreans in Manchuria, just after the peninsula’s liberation from Japan. The Koreans are waiting for a train to return to their homeland.

“Liberation is wonderful. But even after the liberation, there is still chaos. This is a story about people who are in even more hardship after the liberation. The conflicts are not solved, scars deepen,” the director told The Korea Herald in an interview Thursday at the Seoul Arts Center in southern Seoul.

The story revolves around a character named Bun-yi, who was a wartime sex slave. Bun-yi brings former Japanese sex slave Mizuko to the Korean refugee camp, lying that she is her sister with a language disorder. People at the camp later discover Mizuko’s nationality, and conflicts arise over whether she should stay or leave. 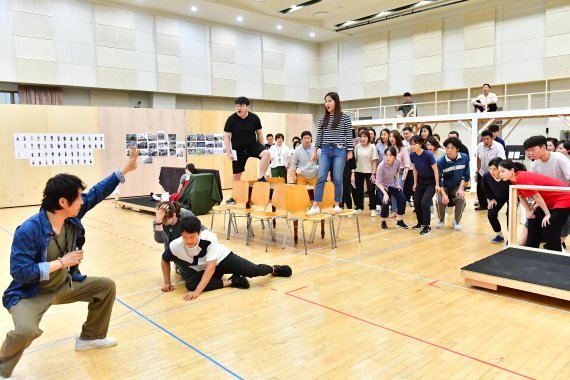 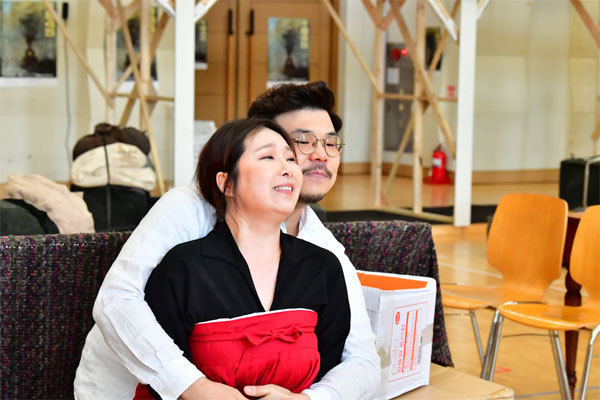 Members of the Korea National Opera, each playing Magnan Jang and his lover Seopseop, sing during a practice for opera “1945.” (Korea National Opera)
According to Koh, the production does not claim that all Koreans are good and all Japanese are evil. The line between good and evil is blurred. Also, not everyone is guaranteed a rosy future through the independence of the country.

“Much time has passed since (the liberation), but things are still messed up. We have been liberated … but I still am not sure about what liberation is,” Koh said.

“Opera is a dignified form of arts. It is inspiring that such an art form is used to deliver the most desperate, fierce stories,” Koh said. “Different from commemorating the March 1 Independence Movement, the independence, or the Provisional Government, the purpose of this opera lies in covering human stories.”

The opera was originally a play -- written by Bae Sam-sik -- that was premiered in 2017 by the National Theater Company of Korea. The original playwright made changes to the script to make it suitable for an opera.

Composer Choi Woo-jung wrote the music, inspired by popular music of the 1940s, including pop songs and classical music. 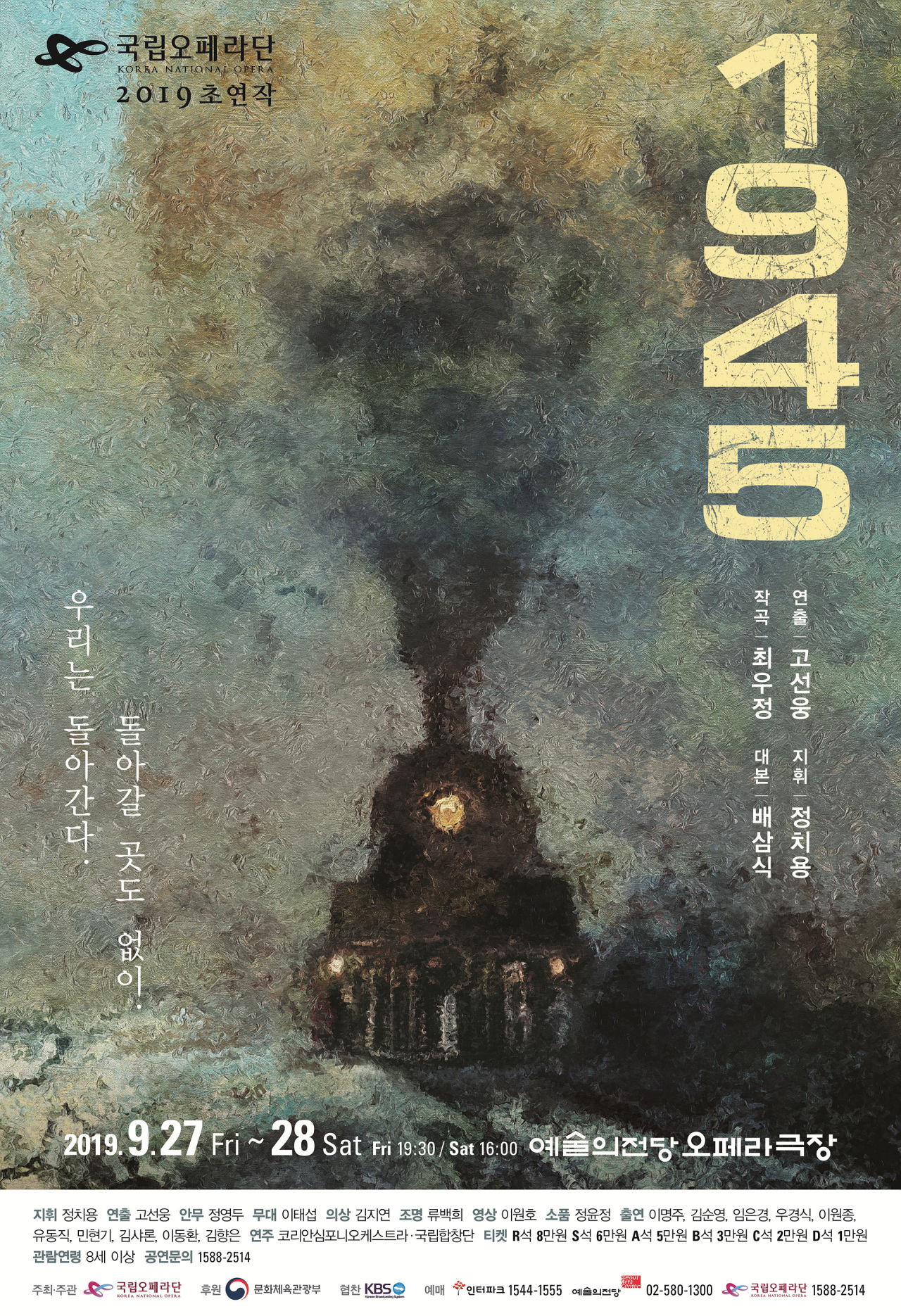 Poster image for opera "1945" (Korea National Opera)
Koh, a celebrated director in Korea, is highly prolific. In June, he staged “Richshaw Boy” with his theater troupe Playfactory Mabangzen. The play will be staged again in October at the 2019 Seoul Performing Arts Festival. Apart from the play, he has multiple productions in his hands.

“As I age, I feel that there is a sense of duty to introduce stories that are really needed for our society,” Koh said. “The stories should last long, should be of sublimated subjects that can reflect our lives or vitalize one’s existence. With my experiences, I understand now which subjects can resonate with the hearts of the audience.”

Having staged “Macbeth” in 2016, Koh is experienced with the opera genre, but it is his first time staging a “Korean-made” opera.

“There are not a lot of original opera productions created in Korea,” Koh said. The Korea National Opera debuted in 1962 with Korean-made opera “Prince Hodong,” and has been introducing original plays. Not many works, however, have continued onstage.

“If we can achieve meaningful results through ‘1945,’ perhaps we can pave the way and allow more to challenge themselves (with original opera productions).”