[ The Korea Herald – Send E-mail ]
BTS’ special playlist
By Ahn Sung-mi
Published : Sep 18, 2019 - 15:38
Updated : Sep 18, 2019 - 15:38
After enjoying a monthlong vacation, BTS resumed its activities Monday, boarding a plane for an overseas engagement. While its agency, Big Hit Entertainment, declined to disclose details of the trip, fans are happy to see their favorite boy band back in the game. The Korea Herald has compiled a special playlist for fans who have been waiting for the band. While it was not easy to pick just a few tunes from the group’s hefty discography, here is a curated list of our favorites, in chronological order. 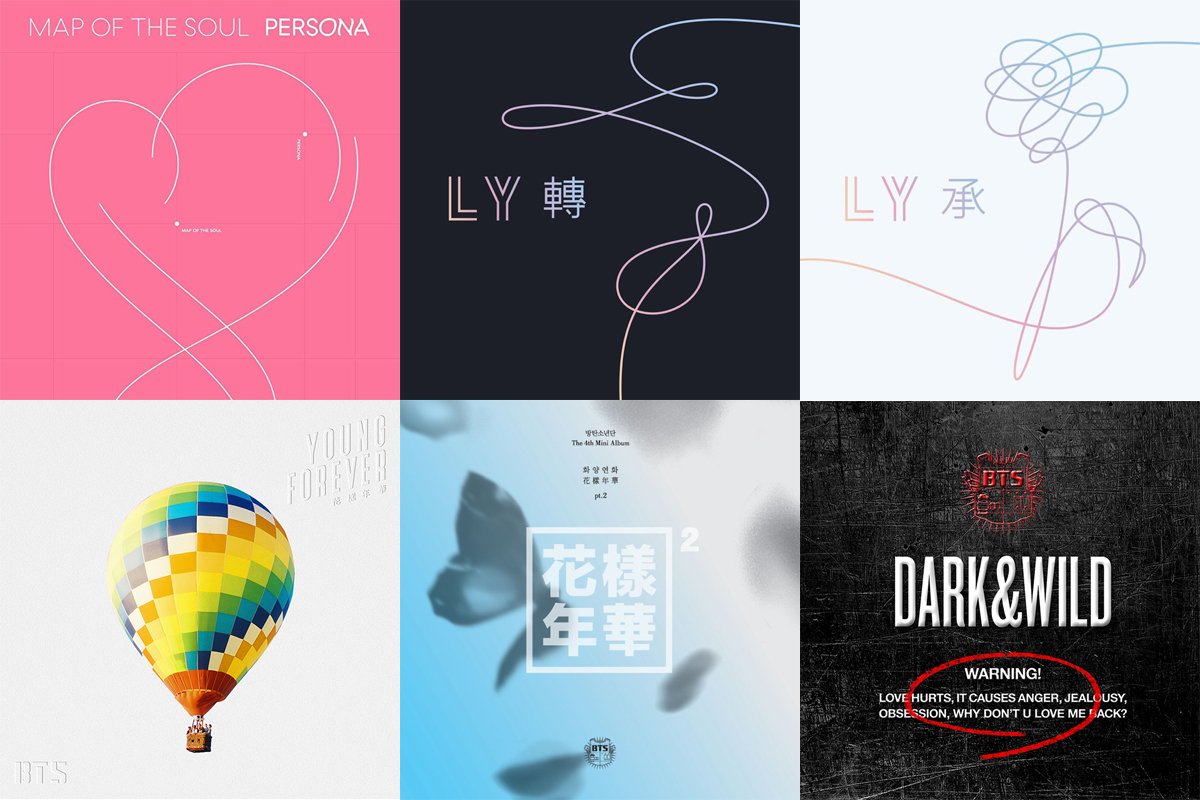 If the melody is familiar, it’s because this tune is a remake of a popular song of the same title by indie band Urban Zakapa.

BTS’ distinctive reinterpretation recalls the band’s boyish days -- it’s a playful melody and sweet rap that talks about relationships in reference to a cup of joe.

The electric guitar and jazzy piano sounds give the track a romantic, lyrical feel, making it the perfect song to listen to while sipping coffee and thinking of bygone love.

Jungkook gives a sweet intro to the song, opening with the chorus, complemented by smooth raps from RM and Suga.

“Breaking up was like a bitter Americano. I still have memories at the cafe,” raps Suga. It’s a simple love song, but a nice break from more serious lyrics and high-energy music.

In “Boy in Luv,” the group sings about trying to win a girl’s heart. Now, with “Danger,” things have progressed and they are in a relationship. “Danger” exhibits angst and anger toward the lover, who doesn’t return the narrator’s feelings the same way.

The withering, one-sided relationship is expressed through this punk rock-infused hip-hop track with a ’90s Michael Jackson vibe to it. The song gives us a good glimpse into BTS’ youthful, unfiltered days, and it’s enhanced by Jin’s sentimental vocals and RM’s synth-filled raps.

With fall now imminent, this beautiful song produced by Suga and Slow Rabbit comes to mind. The R&B track, also known as “Dead Leaves,” is from the EP “The Most Beautiful Moment in Life, Part 2,” released in November 2015.

The song expresses a precarious love and how feelings can change as fast as falling leaves.

The song heightens the bandmates’ contributions, focusing on their strengths: Jimin’s powerful vocals, V’s breathy voice that captures fragile emotions, J-Hope’s trendy staccato rapping and RM’s heavy yet poetic rapping. This slow yet expressive song is the cry of an artist who wants to return to a past when a relationship was better and greener, but realizes it’s too late and is bound to fall apart, like the withering leaves.

To wrap up the “The Most Beautiful Moment in Life” trilogy, the soulful “Young Forever” honestly talks about the bandmates, exploring their doubts and fears as singers as well as their desire to be young forever and chase their dreams.

The song, produced by RM and Slow Rabbit, starts as RM calmly raps about his feelings after performing onstage. He has mixed feelings about the performance, unsure whether it was any good or if he made mistakes. But then he admits he is happy to have become “the person people can shout out for.”

Suga and J-Hope’s rap follows, and their uncertainty and doubt come through. The song gains power when J-Hope shouts: “Even if the attention isn’t forever, I will keep singing. I want to stay as who I am today. I want to stay young forever.”

The gospel-like chorus, “Forever we are young,” is powerful when the band members sing individually, but peaks toward the end when they sing in unison. The melancholic sentiment pulls on listeners’ heartstrings, but at the same time it is hopeful. As long as we keep going after our dreams, we are still young.

No wonder there were tears when fans surprised the band by singing this tune at the end of the BTS concert at London’s Wembley Stadium in June -- the band and fans all broke down together.

It’s a song that condenses the message of the “Youth” series. More than that, it speaks to who the BTS singers are as artists.

This midtempo song, from “The Most Beautiful Moment in Life: Young Forever,” blends two trendy genres -- tropical house and future bass -- while at the same time managing to be an expressive song that is distinctively BTS.

Produced by Pdogg, the song starts with the clock ticking in the background for a nervous vibe. Then, when Jimin’s heartrending vocals start, the song’s earnest and raw mood carries through. The title fits -- it’s a call for help, for someone to save them from the dark and loneliness.

The song is often performed together with “I’m Fine.”

The electronica sound is sophisticated and stylish, but there is a sense of nostalgia and lingering despair that makes the song more complex.

It strikes a balance between vocals, rapping and instrumental hooks. RM’s rapping has beautiful rhymes, while Jungkook hits the high notes with strength and emotion, especially when he sings, “Listen to my heartbeat. It calls you whenever it wants to.”

This hip-hop banger, produced by Pdogg, is from “You Never Walk Alone,” the repackaged version of the “Wings” album.

Unlike emotional pop rock tune “Spring Day,” which was part of the album, “Not Today” is intense with a pounding beat, packed with sound and heavy instrumentation. Sharing a fierceness with songs like “Dope” and “Fire,” it’s true to BTS’ hip-hop driven roots and is what the band excels at. The explosive rap-driven tune is exhilarating and pumps up listeners.

The synth-heavy track kicks off by calling “all the underdogs in the world.” With its bombastic chorus, it’s a rallying cry for despairing young people not to give up against injustice and irrationality.

“I wrote the lyrics for BTS so we do not stay silent against social issues and injustice and continue to solve it and raise problem,” said RM. “We talk about social issues, read books and meet with experts and ponder together. We still have a long way to go, but we will think hard and embrace criticism.”

The beloved “Mic Drop” is a hip-hop number that celebrates the band’s global popularity and its hip-hop idol roots.

First introduced as part of BTS’ “Love Yourself: Her” EP, it later was reintroduced in a remix with American DJ Steve Aoki, featuring rapper Desiigner, and hit big on global charts.

RM said the track was inspired by former US President Barack Obama’s mic drop at his final White House Correspondents’ Dinner in 2016, adding the song shows BTS’ swagger and ambition.

With a killer beat and smart yet frank lyrics, it’s a song that describes how BTS got to the top.

In a follow-up to J-Hope’s solo track “Airplane,” the upbeat track from “Love Yourself: Tear” talks about what it’s like to be successful, traveling around the world in an airplane to perform music.

The swanky tune has a strong Latin vibe, not seen much on other BTS tracks. Ali Tamposi, who co-wrote Camila Cabello’s megahit “Havana,” penned the song, giving it the sultry lyrics that follow the larger Latin pop trend across the world.

While the group sings of its packed schedule and its success, saying, “We going from New York, California and London to Paris, wherever we go, it turns into a party,” the musicians remain unpretentious, accompanied by their laid-back and groovy voices and choreography.

The “el mariachi” verse makes it feel folksier, referring to the band’s status as traveling artists, but expressing hope of staying down-to-earth and fun like a mariachi band.

This midtempo ballad from “Love Yourself: Tear” shows off the distinctive sound of the band’s four vocalists: Jin, Jungkook, V and Jimin.

It is heartbreaking, with its lyrics about lost opportunities and fear of loving someone, on top of a subtle piano-based melody. It’s hard to believe electronic dance music producer Steve Aoki, of the aforementioned BTS party anthem “Mic Drop,” also worked on this completely different song.

Just like the lyrics, which highlight the vulnerability of a lover, “I am so afraid that you will leave me again in the end./ Once again I put on a mask and go see you./ I must hide because I am a monster,” the song shows some of the rawest vocals -- both delicate and sturdy. With minimum instrumentation, the bandmates are not afraid to show off their naked voices. When combined, they create a beautiful harmony.

Even after the song ends, the choral cry “But I still want you” continues to echo.

This falsetto, vocal-heavy R&B track from BTS’ latest EP, “Map of the Soul: Persona,” is a gem that highlights the band’s vocal and emotional maturity.

Co-written by Ed Sheeran, “Make It Right” is a slick song with a slight touch from the British singer-songwriter, including brassy sounds and soft synth throughout.

“The song has a delicate sentimentality and a heart-wrenching melody, and RM’s lyrics match it perfectly,” J-Hope said.

The song talks about love sustained through hard times, and about singers vowing to make this relationship right and return the love.