The South Korean leg of the world tour will kick off at Dream Theater in Busan, with its first performance in December. It will then move to Blue Square in Seoul, before winding up at Kyeimyung Art Center in Daegu.

The cast and the schedule for the performance has not been confirmed. 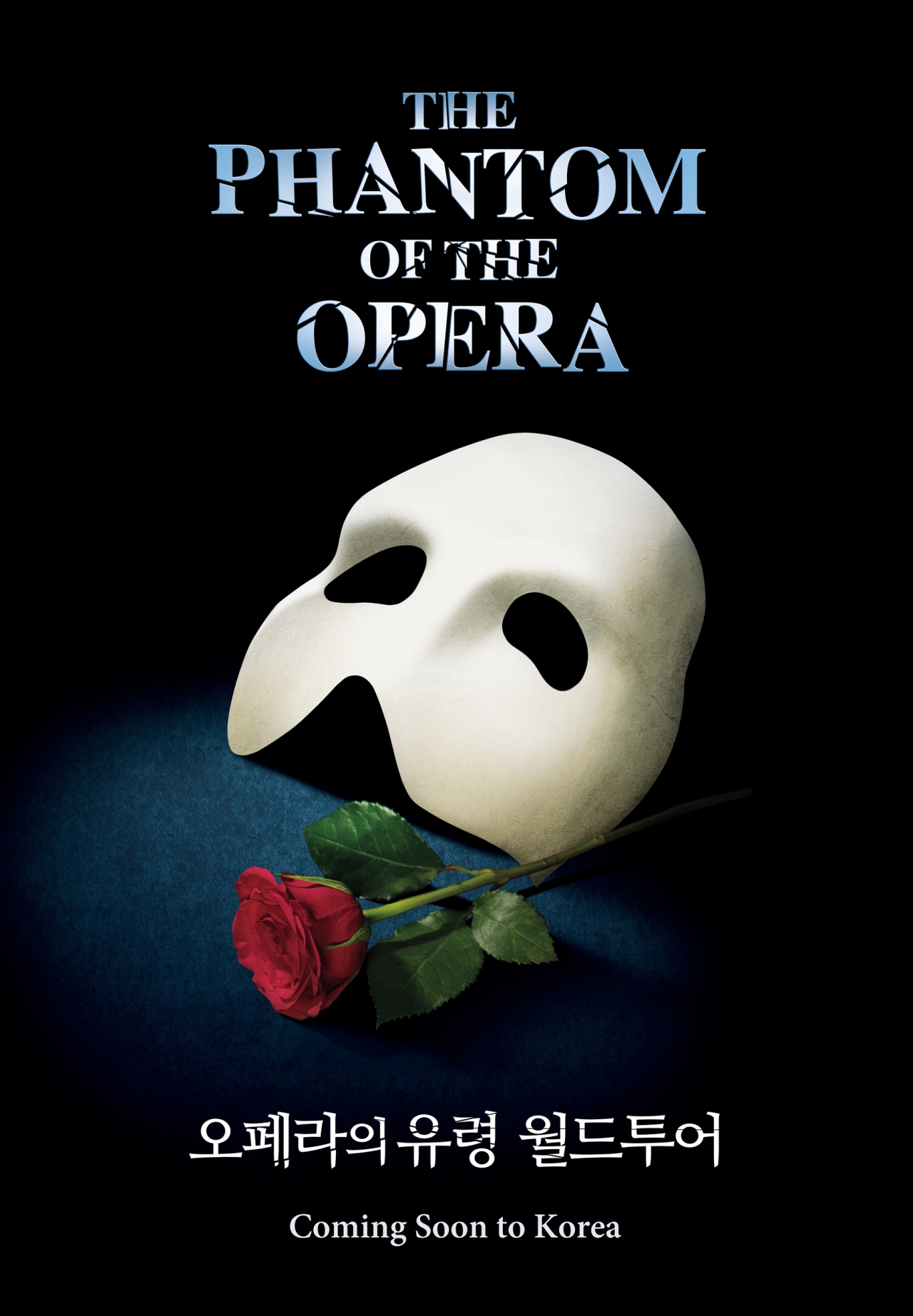 The poster for “The Phantom of the Opera” / S&Co.
Based on the French novel of the same title by Gaston Leroux, the musical featuring music by Andrew Lloyd Webber and lyrics by Charles Hart opened in London’s West End at Her Majesty’s Theatre in 1986. It hit Broadway two years later, and won both the Laurence Olivier Award for Best New Musical and the Tony Award for Best Musical.

To date, it is estimated to have been seen by 145 million people in over 172 cities in 37 countries. Still being performed in Broadway, it is the longest running show of all-time at the mecca of stage performances.

While “The Phantom” is expected to wow musical fans in the winter, in the meantime, plenty of quality musicals will entertain local fans at discounted prices during the upcoming Chuseok holidays.

The ongoing world tour of the “School of Rock” is currently being performed at the Dream Theater in Busan until Sept.15, offering up to 20 percent discount per person for performances on Sept.12-15. Using a BC Card offers 10-20 percent discount, while those buying with other credit cards can also get up to 15 percent discount, depending on the seats.