While did not disclose the number of phones it sold on the first day, industry sources estimate that the first round of preorders could be around 1,000, all through the country’s three mobile carriers.

The figure doesn’t include the number of devices purchased on Samsung’s online and offline shops. 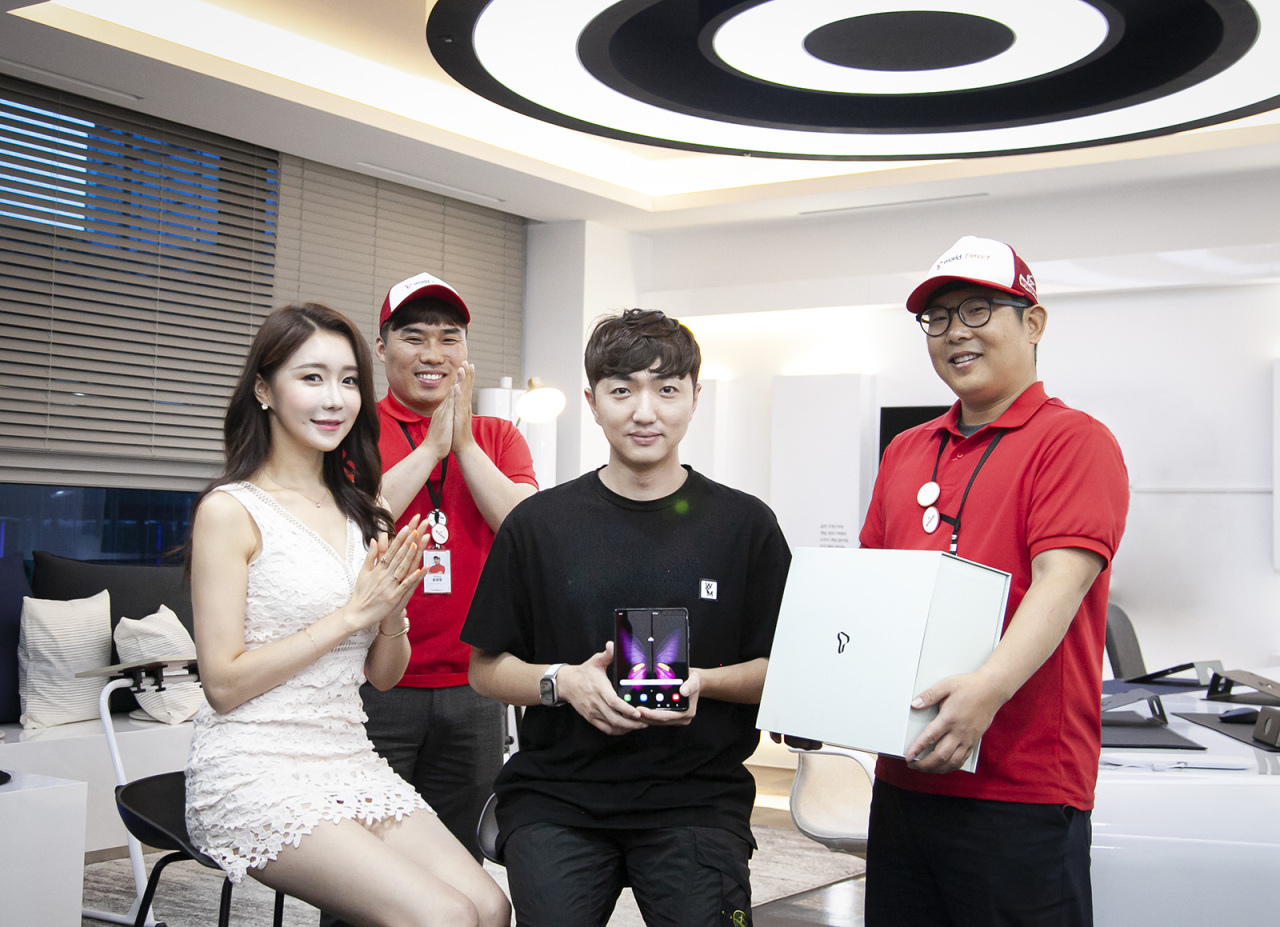 According to SKT, the reservation event ended in just 15 minutes on Thursday.

Most of the customers were in their 20s and 30s. And by gender, 90 percent of the first-day buyers were male.

The legally allowed amount of subsidy for the Galaxy Fold was 190,000 won at the maximum for those who choose to subscribe to the most expensive 5GX Platinum plan by SKT.

The retail price tag for the Galaxy Fold is 2.398 million won.

The second-round of preorders will officially begin from Sept. 18 with delivery beginning on Sept. 26.

Samsung had initially planned to produce 1 million units of the foldable devices when it planned to launch the new form factor in April.

After fixing the display defects detected by reviewers, the Fold’s launch was delayed to September.

It is forecast that the initial volume of the Galaxy Fold available for the Korean market will be between 20,000 and 30,000 units.