The experts made the recommendation in a new report to the UN Security Council committee monitoring sanctions implementation against the North, saying the regime is estimated to have illegally acquired as much as $2 billion through cyberattacks.

The report covered the period Feb. 2 - Aug. 2, and detailed the regime's increasingly sophisticated evasion of financial sanctions by cyber means. 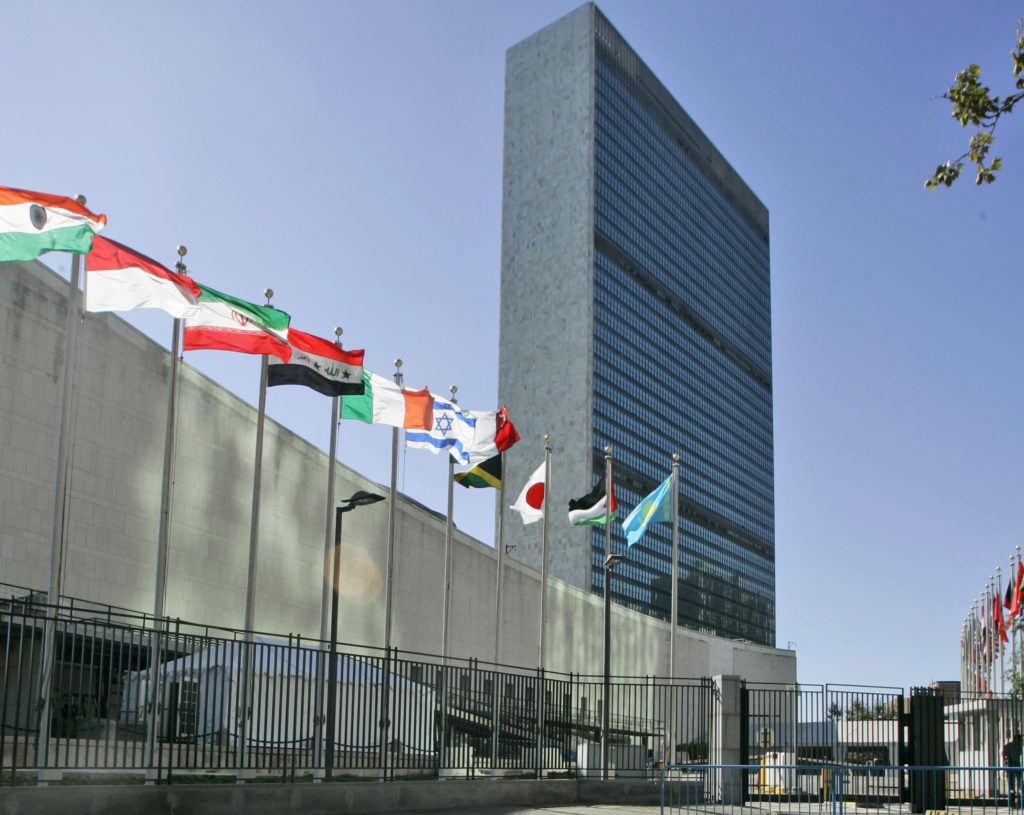 United Nations headquarters (AP)
"The Panel recommends that the Security Council, when drafting future sanctions measures, highlight the gravity of cyber-attacks carried out by the DPRK to circumvent the (sanctions) resolutions by illegally generating revenue for the country," the report said.

South Korea was targeted the most, with 10 reported cases.

"DPRK mostly attacks ROK crypto currency exchanges from within the DPRK," the report quoted a member state as saying, referring to South Korea by its official name, the Republic of Korea.

The report also described a shift in North Korean cyberattacks on South Korean targets from those focused on generating financial revenue in 2016 to those on cryptocurrency exchanges in 2019.

Sanctions evasion also continued in the export of coal and import of refined petroleum, according to the panel.

In the first four months of 2019, the North had imported refined petroleum in excess of the 500,000 barrels-per- year cap imposed by the Security Council, the panel said, citing a US report to the sanctions committee.

The imports were mainly enabled by illicit ship-to-ship transfers at sea, it said, adding that, "assuming fully-laden tankers, the import cap would have been exceeded by at least 100 percent, at an estimated total of 1.093 million barrels."

The US report requested that the committee call out the North's breach of the cap and urge UN member states to halt all future transfers of refined petroleum, but the move was blocked by Russia and China, the panel noted.

Also in the first four months of 2019, the North exported 930,000 metric tons of coal in violation of a UN ban, according to the experts' report. (Yonhap)