Farmers’ booths nearby had loads of freshly harvested, sun-dried red chilies, ready to be ground into gochu-garu -- chili powder -- or to be aged into thick, fermented chili paste, gochujang. 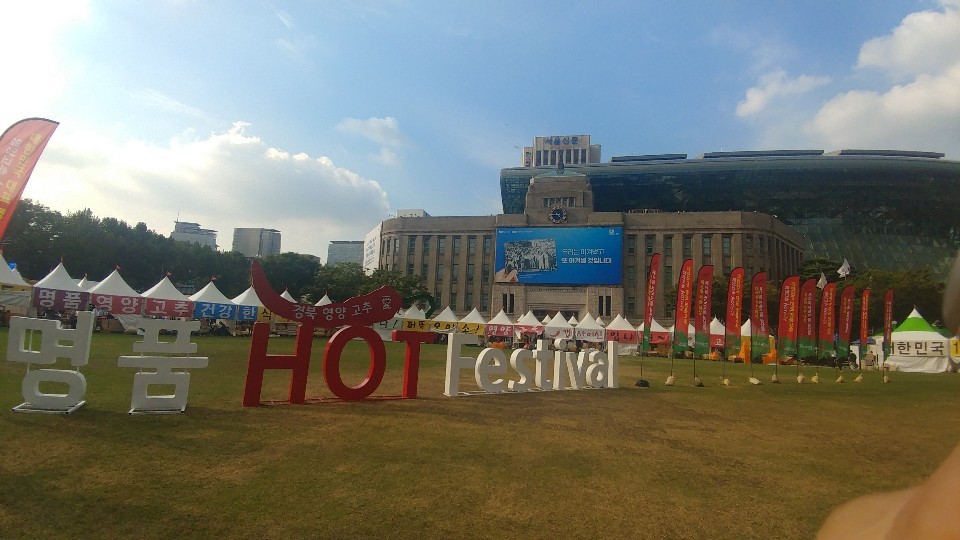 A red chili festival at Seoul Plaza in front of Seoul City Hall in late August (Lee Sun-young/The Korea Herald)
From mid-August to this week, three more such events were held in rural towns famous for their chilies: Eomseong, Goesan and Cheongyang.

South Korea is in its peak season for red hot chili peppers. In late summer and early fall, the pungent spice, which provides the basis for the heat and color of many Korean dishes, arrives at the market in its best form and in abundance.

Kang Gyeong-sook, a 60-something housewife, visited Seoul Plaza to bulk purchase the peppers.

“Chili is the most important spice.” she said without hesitation.

What she had in mind was the approaching gimjang -- the kimchi-making season in early winter, when families prepare a large quantity of the pickled cabbage dish for consumption throughout the year.

“During the gimjang season, chili prices go up,” Kang’s friend chimed in. They were each looking to buy at least 12 kilograms of dried chilies, or 20 geun in the traditional Korean unit of weight.

Korea’s per-capita chili consumption stood at around 3 kilograms in 2017, down from 3.7 kilograms in 2013. That is about 8 grams of chilies per day. It is the most consumed vegetable here.

The small, fiery fruit is now such an integral part of Korean cuisine that even toddlers have their daily fix of kimchi -- though it could be a milder version -- even before they learn how to use chopsticks.

However, it was only in the postwar era that Koreans began to develop such a deep fondness for the spice.

Chilies are believed to have first arrived here in the 16th century and were widely cultivated in the 18th century. But until the 1950s, they did not have such a big presence on Korean dining tables.

According to Ahn Jung-youn, a researcher at the National Folk Museum of Korea, the stress of postwar society sparked the popularity of chilies.

“The Korean War and the years that followed were no doubt a time of extreme difficulties. … There is a link between a society’s stress level and the yearning for spicy food,” she said.

As the nation recovered from the war and rebuilt its economy at an unprecedented speed, its people sought to relieve stress with spicy food, resulting in a major gastronomical shift. 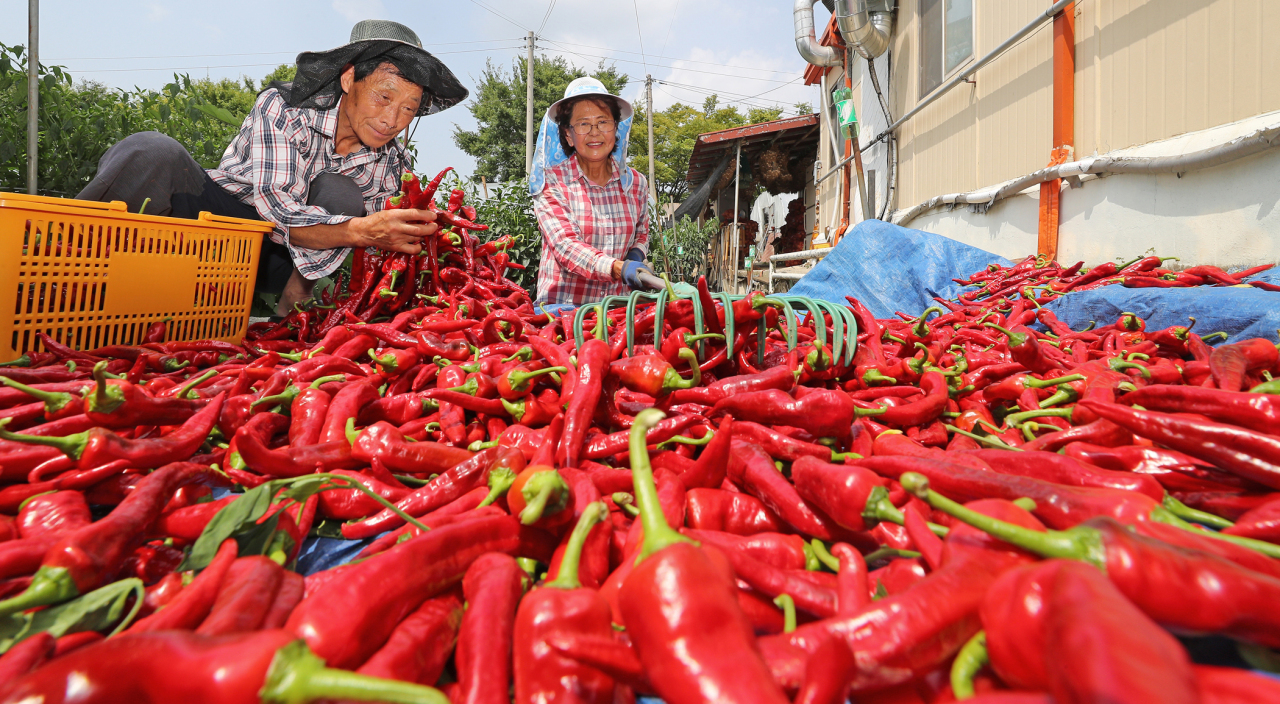 As for chilies’ stress-relieving property, scientists have answers.

Spiciness isn’t a taste, but a reaction in the pain receptors in one’s mouth. The secret lies in the body’s response to that pain. As the body defends itself against the effect of hot chilies, it releases endorphins, which are the body’s natural painkillers. In many cultures, chili extracts were used as painkillers.

And that mood-boosting factor is still a major reason why Koreans in the 21st century love chili and spicy food.

Kim Eun-hui, 28, says she “grew up on tteokbokki,” spicy, stir-fried rice cakes particularly popular among teens, and considers herself a spicy food fan.

While trying to explain her obsession, she admitted that there is more than just what the tongue can taste.

“I could be tired, exhausted, anxious or worried, but after having spicy food, I feel good,” she said, revealing that she has an emergency stash of extra-spicy chicken feet and ultra-spicy fried chicken in her freezer at home.

Gochujang is rising as the next hot sauce in the US and elsewhere. A recent Joongang Ilbo article cited how Americans look for gochujang by its name, in an indication of its appeal.

Samyang Foods’ instant noodles became an international hit, thanks to the viral “fire noodles challenge” on YouTube, in which foreigners tested their limits with the ultra-spicy ramen.