The short answer is no. The longer answer lies below.

Gaming disorder, as defined by WHO, applies to those who have difficulty controlling their behavior, whose fixation on gaming undermines other critical aspects of life such as human connections and work. 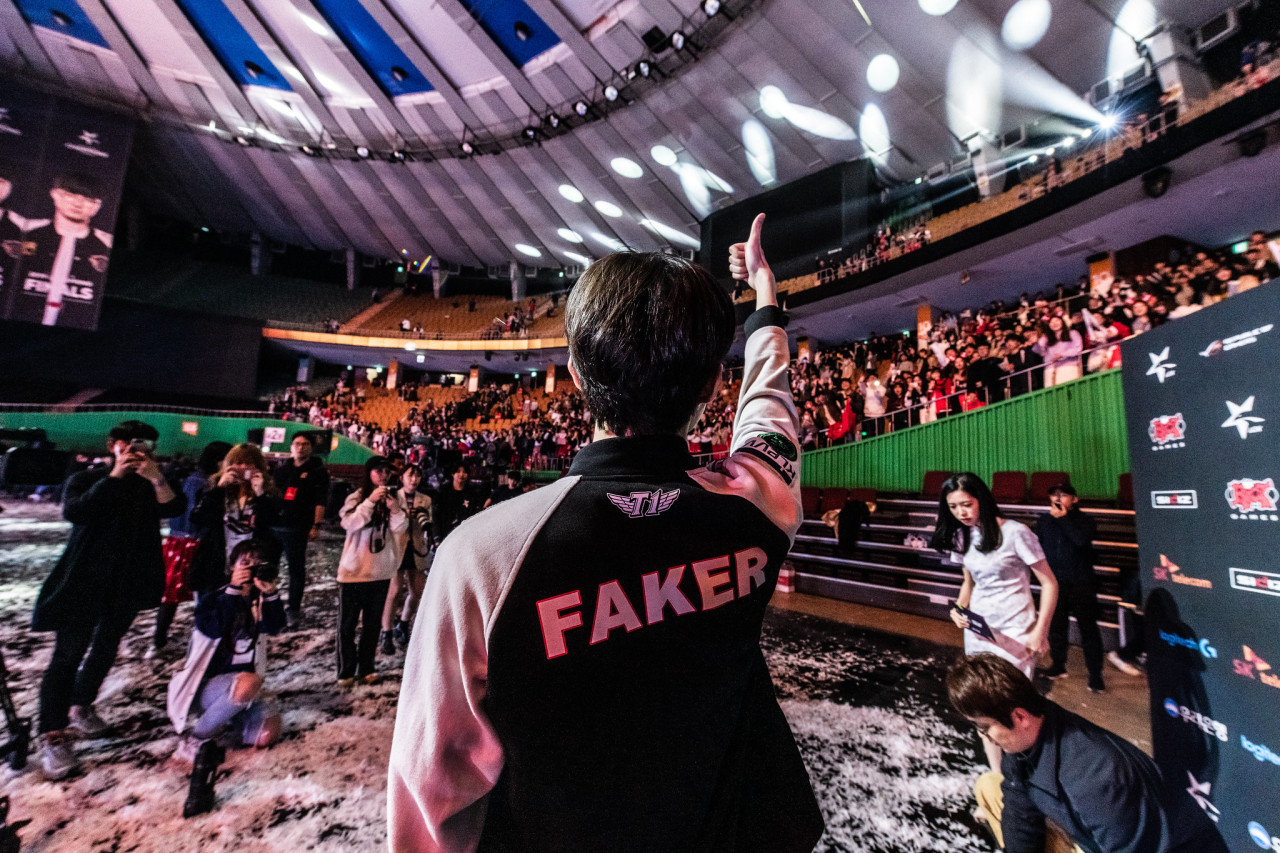 “But esports is the opposite -- it’s about bringing individual gamers out into the world to teamwork, connect with the mass and possibly gain fame,” Kim said.

“Furthermore, professional esports is systematic. For example, if the players spend 12 hours training, they would have specific hours for solo play training, group play training, with regular nutrition intake hours and workouts in between.” 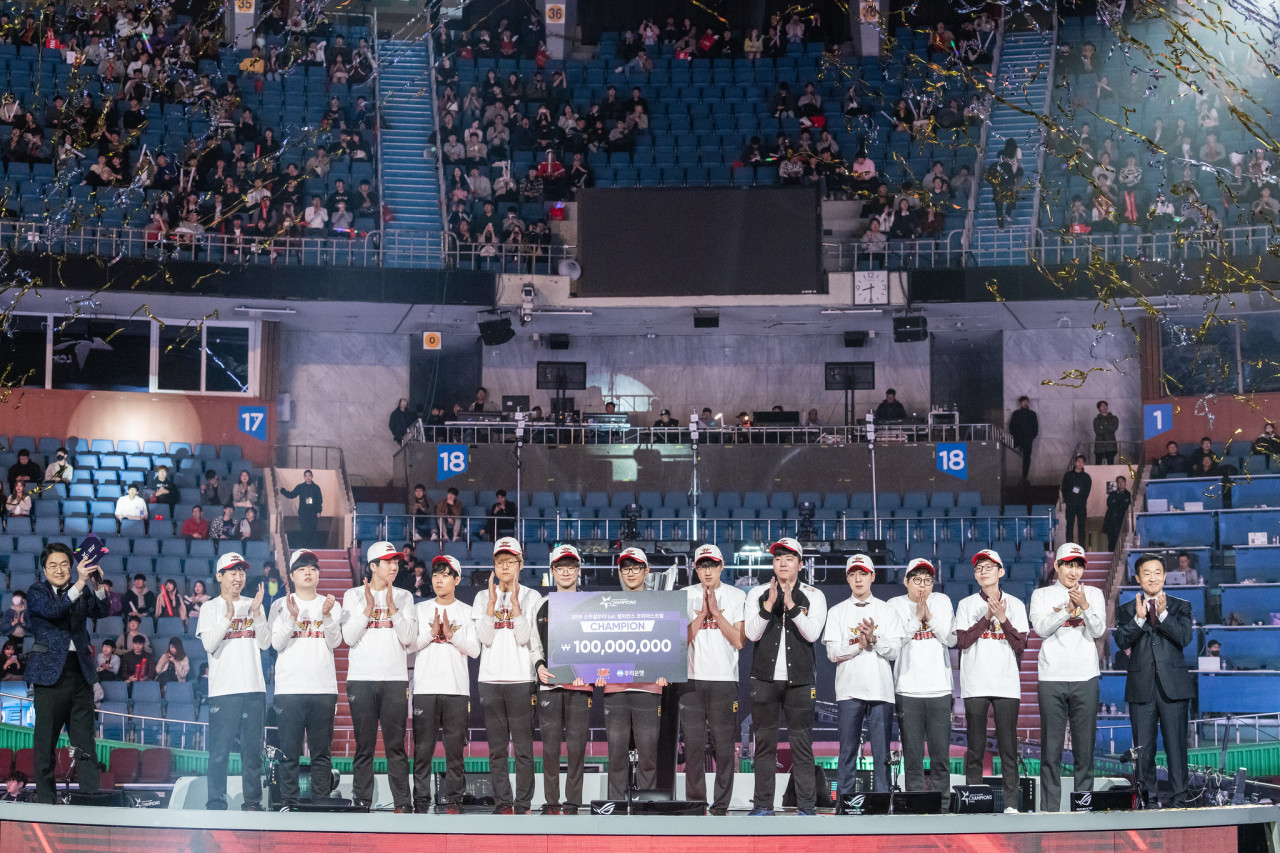 SKT T1 takes home 100 million won ($82,700) in prize money for winning LCK Spring 2019. (Riot Games)
Kim declined to speak for the KeSPA in regards to WHO’s adoption of gaming disorder in May.

Beyond the social and systematic side, it is also known that many pro gamers are able to make a lucrative living out of their endeavors. Esports professionals in League of Legends surveyed in Korea made an average annual salary of 175.6 million won ($145,000) in 2018.

More specifically, according to Korea Creative Content Agency, of the 51 League of Legends Champions Korea first-tier players who responded to the institute’s survey, 37.3 percent, or 19 total, said they received more than 100 million won from their team in 2018.

The average age of the respondents was 20.8, with the youngest being 17 and the oldest being 26. The median age 22 was the largest in number.

Like any other hobby or sport elevated to a professional level, such as soccer or ballet, esports require intense training and career entry at an early age, but it remains to be seen if attempts to go pro in gaming could instead result in children becoming addicted. 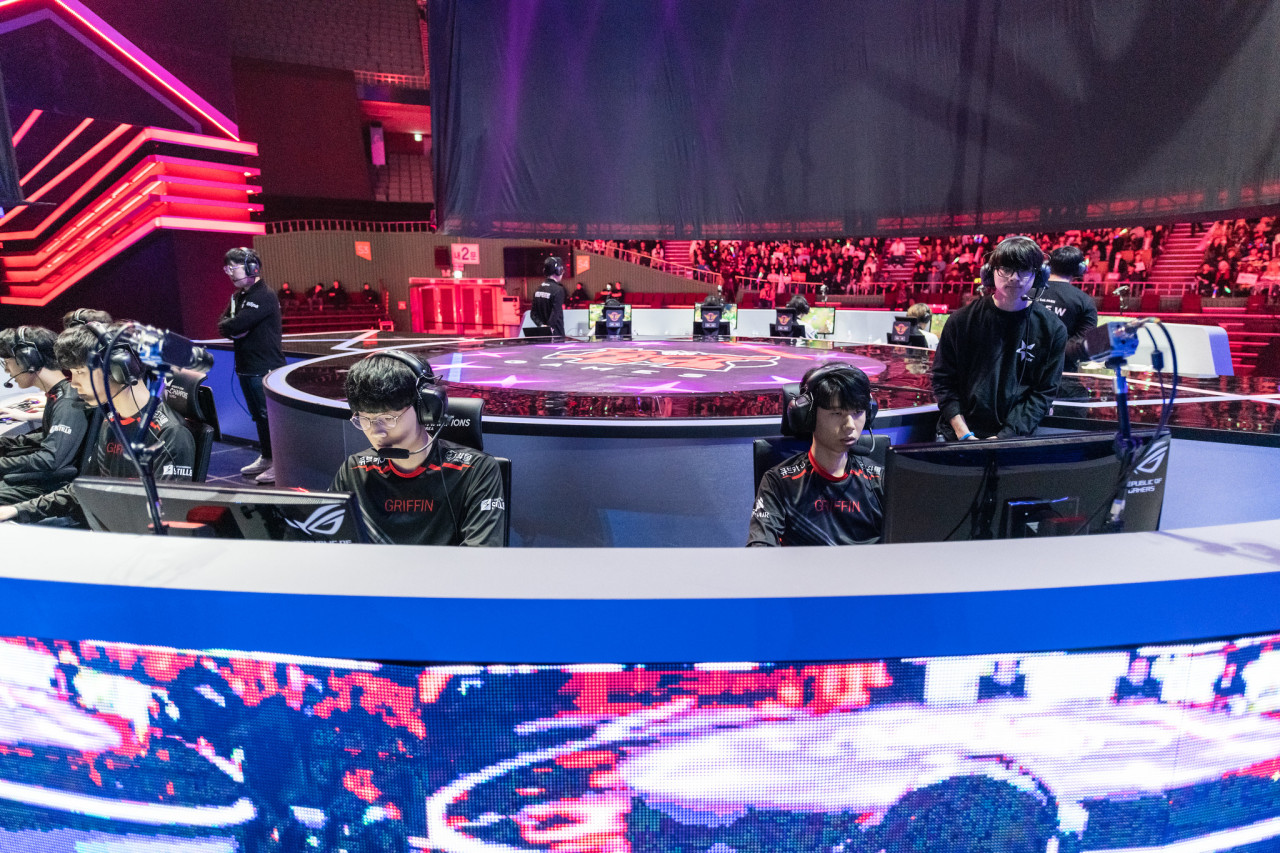 LCK Spring 2019 finals (Riot Games)
“Some scholars point to individuals’ innately impulsive nature as what causes addiction, but in the case of games, I believe it may have more to do with socio-psychological reasons,” opined professor Ahn Woo-young of Seoul National University’s Department of Psychology & Program for Brain Sciences.

In Korea, for example, children have more access to online games through PC rooms, Ahn said. There are now over 21,000 PC rooms with rows of top-end, internet-connected gaming computers nationwide in Korea. Furthermore, as Korean parents tend to return home late from work, children appear to spend more time playing games together.

Ahn added that domestic research on behavioral addiction is far behind in comparison to substance addiction research, and that more study has to precede any definitive conclusion on the cause and treatment of gaming addiction.

“Professional gamers are just that: professionals,” said Gen.G’s co-President Arnold Hur in an interview with The Korea Herald.

In addition to its headquarters in Los Angeles, Seoul, and Shanghai, Gen.G will open an esports academy in Seoul in September.

“A rising number of young people around the world are becoming more passionate about games,” Hur said, “However, instead of embracing this trend, many societies have chosen to ignore or even stifle this growing interest. In doing so, passionate gamers are often at risk of becoming marginalized -- perhaps even to the extent of being labeled as having a ‘gaming disorder.’”

Gen.G’s academy aims to help students become professional gamers, matriculate to a US university on an esports scholarship or enter a top university for a gaming-related major.

Universities such as University of California, Irvine, New York University and UC, Berkeley are among those that offer esports scholarships to recruit top talent to represent their teams in collegiate leagues.

The Gen.G Elite Esports Academy is accepting 25 students for the first round of recruitment for the upcoming spring semester, with a vision that esports will be the largest kind of sport in the world in 10 years, with the rise of mobile gaming.

Industry watchers estimate the market will only grow, as game playing and watching are considered to be key contents for the 5G network era.

The expansion is palpable in the physical world, as well.

Korea as of 2019 has stadiums specifically for esports with total capacity of 2,336. The ministry of culture allocated 66 billion won in its budget to building three additional esports stadiums in provincial cities this year.

There were 421 professional gamers in Korea in 2018 as acknowledged by KOCCA, and there are currently 12 official esports leagues in Korea.