But the main opposition Liberty Korea Party (LKP) condemned the decision as an action that will hurt national interests, calling on the government to immediately recant it.

Earlier in the day, South Korea decided not to extend a bilateral deal with Tokyo on exchanging classified military information, citing a "grave change" in security cooperation conditions and Tokyo's refusal to accept Seoul's dialogue proposals. 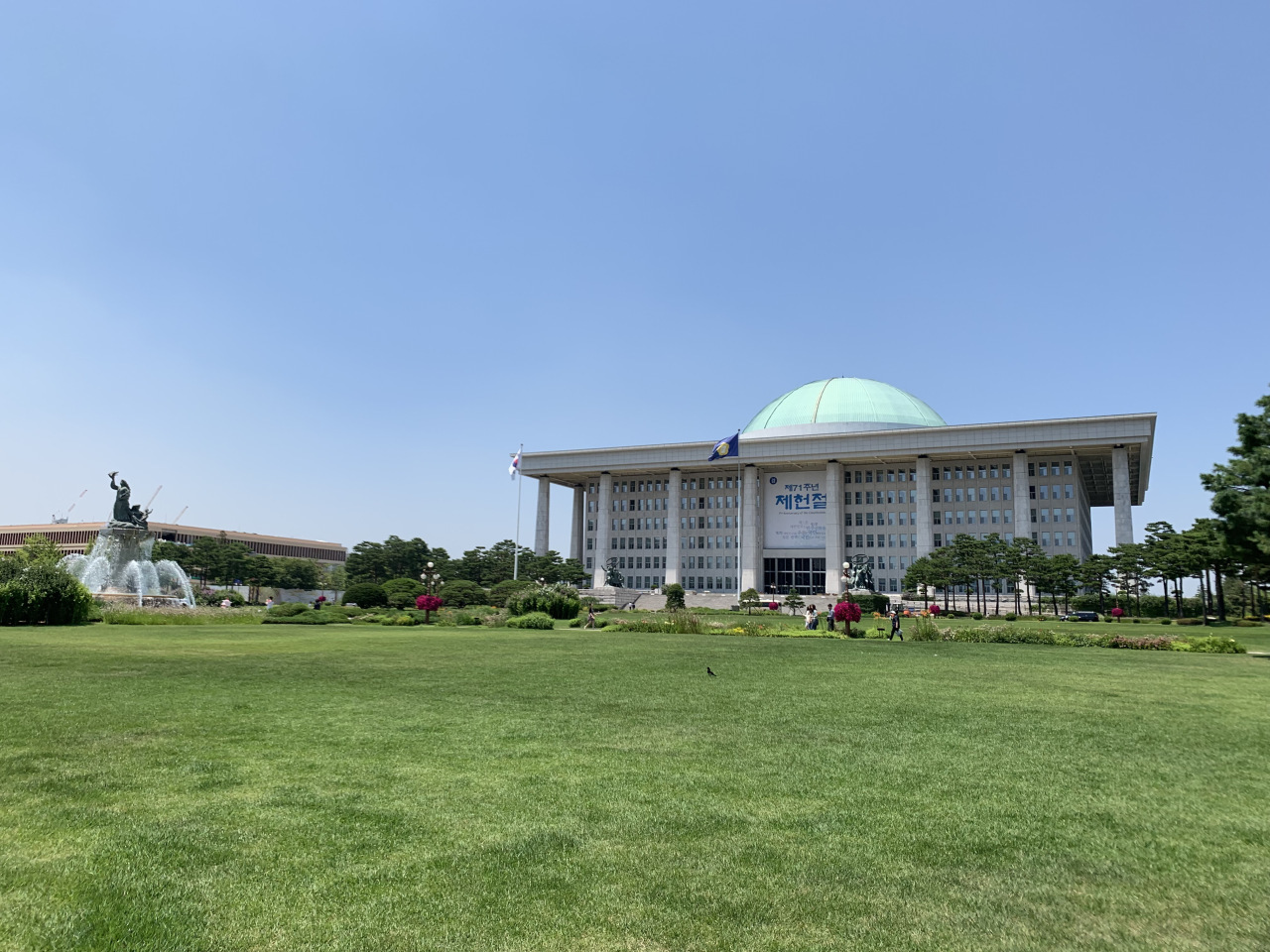 "Hampering an international trade order, Japan has taken arrogant and preposterous trade measures in a bid to deal a serious blow to the Korean economy," DP spokesman Lee Hae-sik said. "The government's decision is a due action against Japan's move."

"Even before the pact was clinched (in 2016), the mechanism of sharing information among the three nations had been operated, based on the alliance with the US," DP floor leader Lee In-young said.

But the LKP strongly slammed the government's move as a "senseless" decision seen as prioritizing local politics, not national interests.

"It is very worrisome that tensions over history and trade will evolve into a feud over security," LKP floor leader Na Kyung-won said.

The conservative party raised suspicions that the government's decision may be aimed at covering up the snowballing corruption scandals involving justice minister nominee Cho Kuk, a close aide to President Moon Jae-in.

The minor conservative Bareunmirae Party called the decision "emotionally charged" and expressed concerns that it could undermine Seoul's ties with Washington.

But the minor liberal Party for Democracy and Peace and the progressive Justice Party supported the government's decision, saying that there would be no impacts on security. (Yonhap)