Facebook Korea has won a yearlong legal battle against the government’s decision to impose a financial penalty for a massive network cutoff in 2017.

The Seoul Administrative Court ruled Thursday that it was unlawful for the Korea Communication Commission to impose a 396 million won ($367,000) fine on Facebook for delaying access for those subscribed to SK Telecom, SK Broadband and LG Uplus by changing network connection routes.

Facebook had denied the accusation, saying that the temporary rerouting of network to Hong Kong was part of its business strategies aimed at cutting cost and was not intended to cause user inconvenience.

Industry watchers said the court’s latest decision would become a significant precedent for cases that involve finding who is responsible for delayed internet access between local network providers and global content providers.

Surprised by the lower court’s decision, the KCC has pledged to file an appeal. Reiterating that Facebook was to blame for the delayed connection, the communication watchdog said it is willing to bring the case to the top court.

“We imposed the financial penalty (on Facebook) because it brings harm to the consumers by rerouting its network (in Korea to Hong Kong) without prior notice,” said Jin Seong-chul, who deals with telecom market policy at the KCC. “We thought we would win.”

Facebook, for its part, said it welcomed the court’s decision. “It’s a relief that the court accepted our position that the change of network access server was not intended to bring inconvenience to the Korean users,” a Facebook Korea spokesperson said. 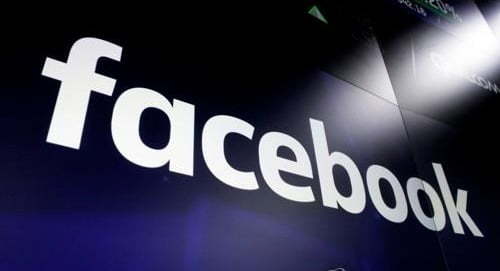 Yonhap
It will take about a week for the Korean court to publicize the rationale behind its decision, but Thursday’s ruling came as a relief to global tech giants in a similar situation as Facebook -- and as a shock to local internet service providers.

“While we respect the court’s decision, it was a bit shocking,” said an official from a Seoul-based internet service provider. “We believe that global content providers should pay the same price for using our network as local content providers.”

The issue dates back to 2016, when the Ministry of Science and ICT changed the country’s network-sharing regulations, causing payment conflicts among local internet service providers and Facebook.

Facebook had been paying KT for a cache server, which saves online content locally in temporary storage, to allow Korean users faster connection speeds to the social network. Access is slower when directly connecting to Facebook’s overseas server in Hong Kong.

Until 2016, LG and SK subscribers had been routed to the KT server, with the firms paying KT for the connection, but after rules on network sharing changed, the two firms asked Facebook to use their own separate servers.

When Facebook failed to agree on prices with the two companies, it had cut users’ access to KT’s server, even though the standing contract remained valid, rerouting them to Hong Kong servers instead.

During a parliamentary inquiry in 2017, Naver’s chief Lee Hae-jin had argued that while his company paid a massive amount of money for using telecom networks, Google does not pay enough to operate its service in Korea.