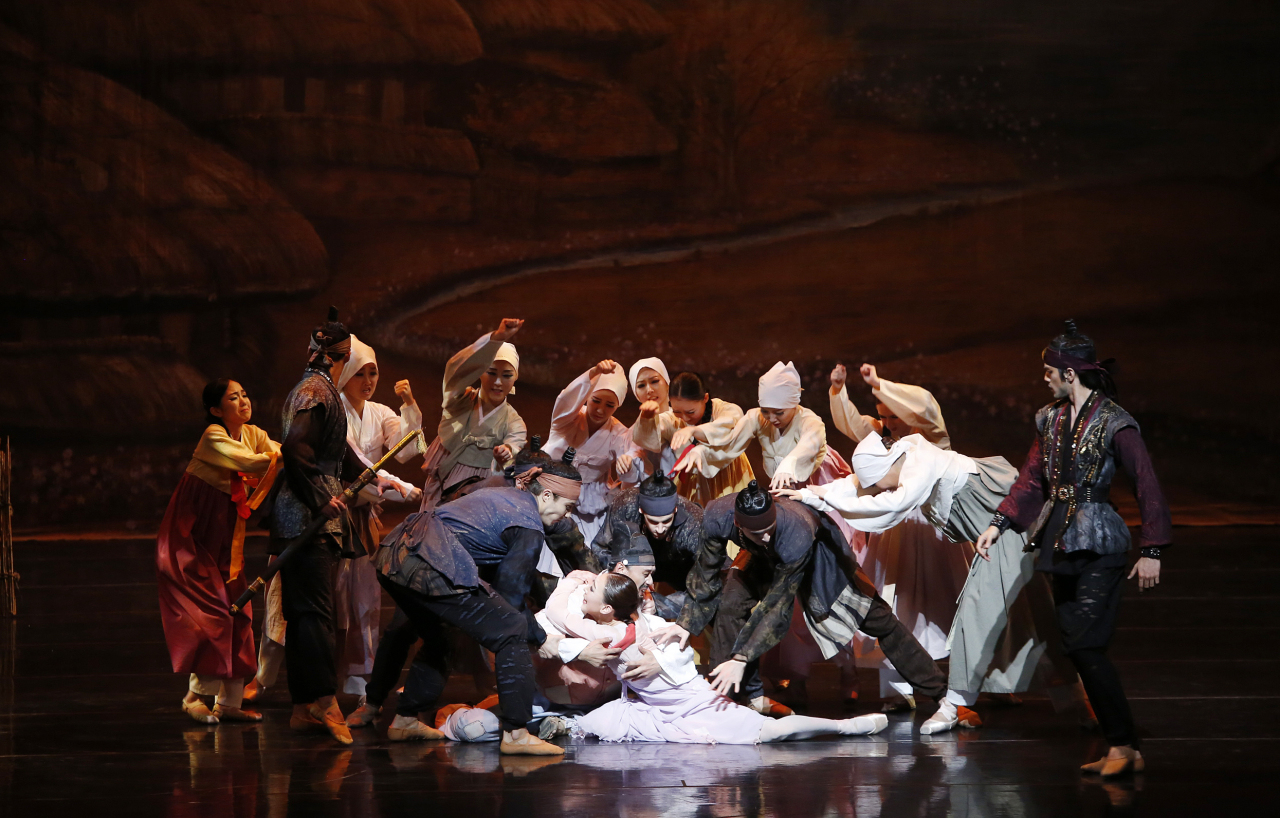 A scene from “Shim Chung” (Universal Ballet)
“I am very happy to reintroduce ‘Shim Chung’ and ‘The Love of Chunhyang,’ which have played important roles in promoting Korea’s ballet,” ballet company representative Moon Hoon-sook said in a statement.

The two ballet productions, based on well-known works of Korean literature and featuring traditional Korean costumes and props, have been performed regularly by the company, especially when touring abroad.

“Shim Chung” -- the first production, which pioneered the ballet subgenre -- follows the original story of the title character, a young girl who pays off her blind father’s debts by offering herself as a human sacrifice to the king of the underwater world. The neoclassical choreography is the work of the Universal Ballet Company’s first artistic director, Adrienne Dellas.

Since its premiere in 1986, “Shim Chung” has been performed in more than 40 cities in 15 countries, and at venues including the Lincoln Center in New York and the Kennedy Center in Washington. 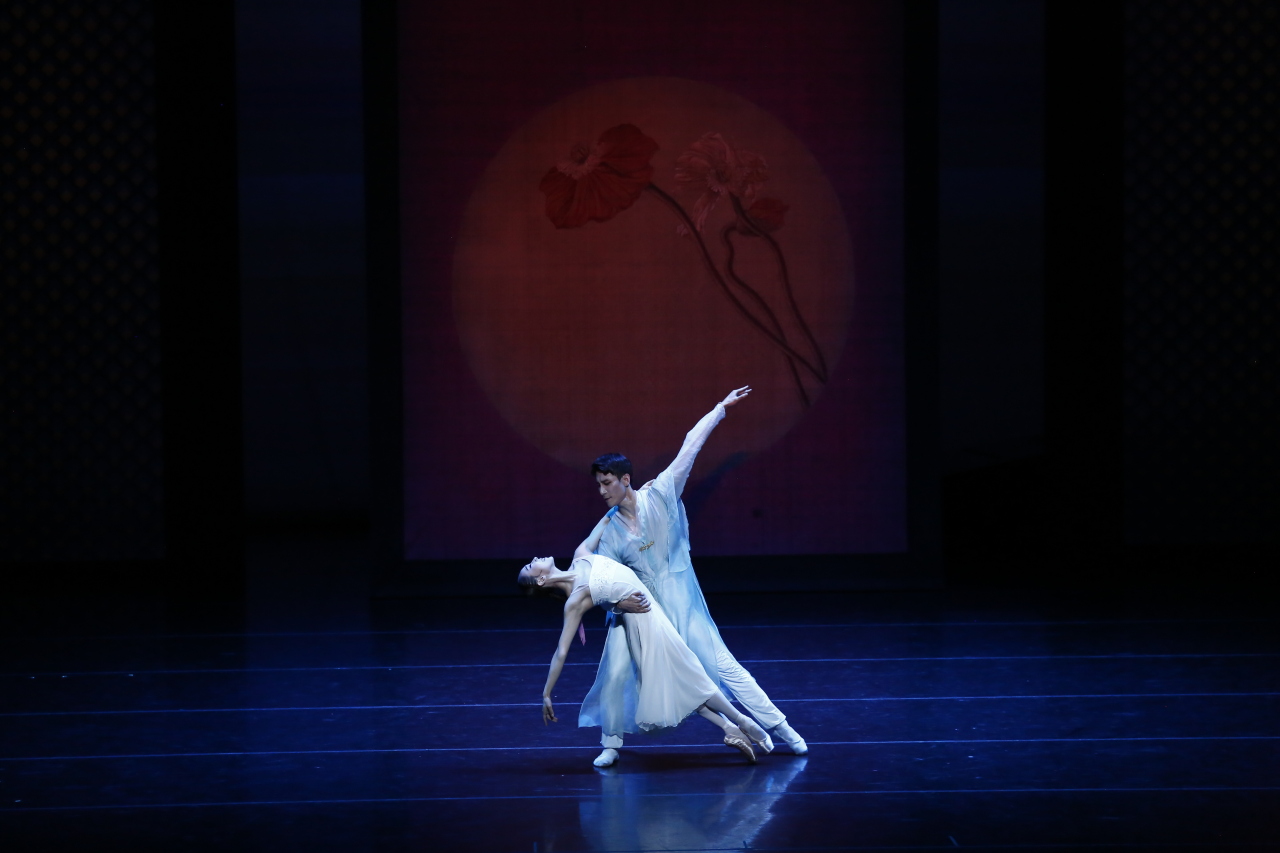 A scene from “The Love of Chunhyang” (Universal Ballet)
“The Love of Chunhyang” is a more recent production that highlights a romance between noble-born Lee Mong-ryong and the title character, the daughter of a gisaeng or courtesan, who overcome adversity arising from the difference in their social standing.

“The Love of Chunhyang” was created in 2007 based on a script by Pak Bo-hi. The current artistic director, Brian Yoo, choreographed the piece and Fumiyo Motoyama arranged Tchaikovsky’s scores for the original production under the direction of Bae Jung-hye, a former artistic director of the National Dance Company of Korea.

The 2007 production has gone through several changes. Yoo added scores from Tchaikovsky’s “The Tempest,” Symphony No. 1, Suite No. 1 and “Manfred” symphony. In 2014, designer Lee Jeong-woo also reinvented the hanbok-style tutu.

“The Love of Chunhyang” was performed at the Royal Opera House Muscat in Oman in 2015 and also at the Teatro Mayor Julio Mario Santo Domingo in 2018.