The administration was one of the first governmental bodies to express support for the people’s boycott of Japan and take countermeasures to the Japanese government’s decision to remove South Korea from its whitelist of preferred trade partners earlier in July. Lee Jae-myung, governor of Gyeonggi Province, ordered thorough research into the activities of Japanese firms in South Korea and the possible damage they may be inflicting on the local companies.

In line with the government, the Gyeonggi Tourism Organization openly stated the province would halt any active marketing to attract Japanese tourists to Gyeonggi Province. 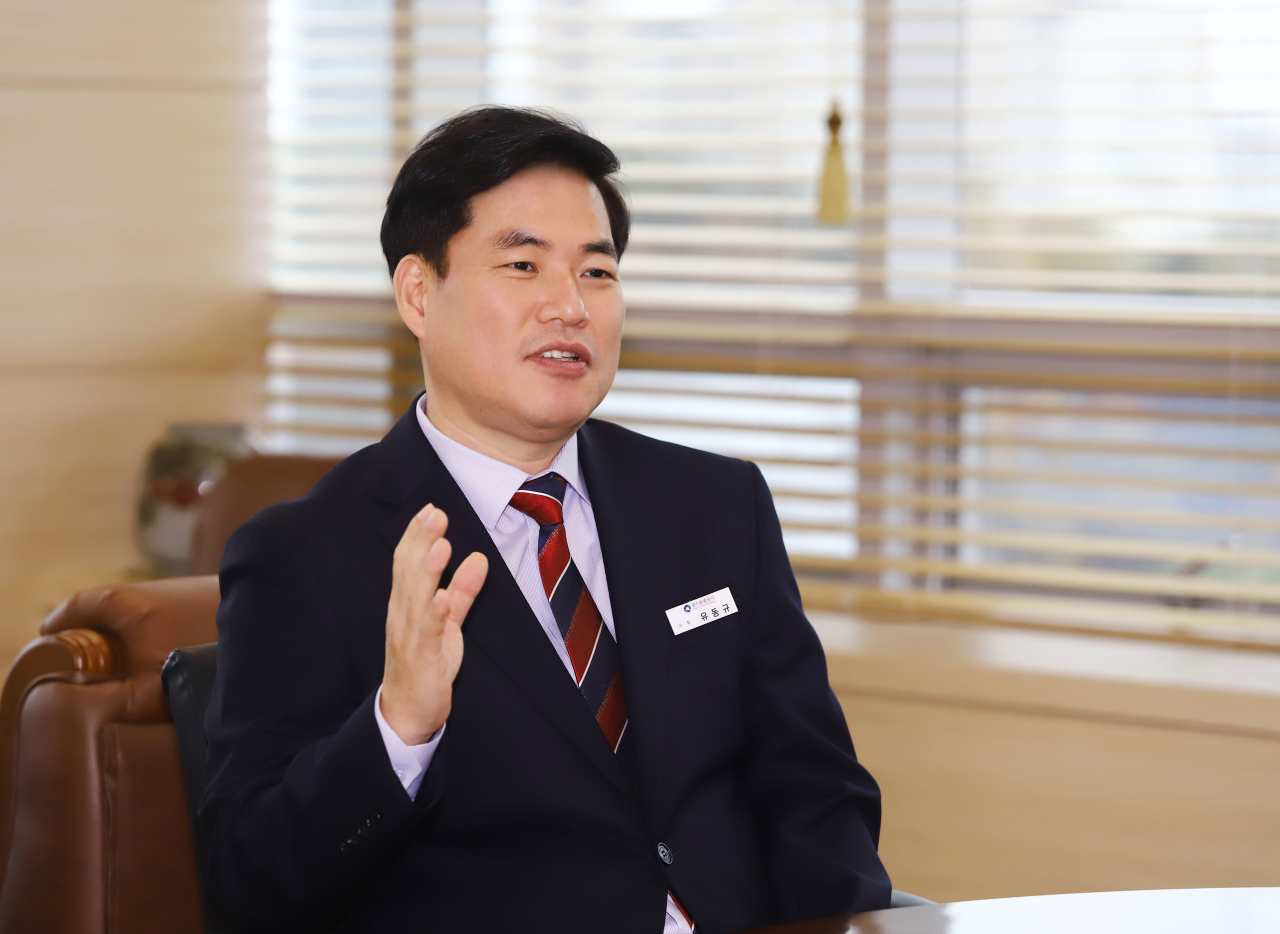 Gyeonggi Tourism Organization President Yu Dong-gyu (GTO)
“Japan’s retaliatory measures will damage not only the economy in general, but most parts of the people’s daily lives, including travel and tourism,” GTO President Yu Dong-gyu said. “GTO will use every means to vitalize the domestic tourism industry and support the related businesses.”

Under the slogan “Yes Korea! Go Gyeonggi!” the public agency will launch various promotions and new programs to boost the travel industry in the region.

First, those who have canceled their reservations for trips to Japan will get an additional discount for the Gyeonggi Grand Tour program. The program introduces the historic, cultural and ecological travel routes covering all areas of Gyeonggi Province, specially planned for the tourists so they can experience the major tourist spots in one view. The organization says it is preparing for more discounts in partnership with the tourism industry.

Taking the boycott movement as an opportunity, the province will more actively advertise the historic sites and venues related to Japanese colonialism in the 20th century. These include sites symbolic of the anti-Japanese movement, including the March 1 Movement Memorial Hall in Anseong and birthplace of Empress Myeongseong in Yeoju, as well as other historic landmarks, such as the fortress Haengjusanseong in Goyang.

To make up for the loss in tourists coming from Japan, GTO will more aggressively market to induce tourists from other neighboring countries, including China and Southeast Asian nations. Extra effort will be put into attracting tourists from Taiwan and Thailand, the two major countries accounting for a big portion of inbound tourists in both Korea and Japan. In August, popular Taiwanese TV travel show “Girls on Tour” will visit Gyeonggi Province, and an unidentified Thai celebrity couple will do their wedding photo shoot in the province as well. GTO will hold more local travel fairs and sales calls in these countries.

Along the northern border, Paju, Gyeonggi Province is preparing tour programs that could bring visitors closer to North Korea.

GTO President Yu stresses the need for the spread of social consensus among the people on the pain of division and desire for unification.

“We need to provide a realistic vision for unification to the people. Unification has become something vague and far,” Yu said. “Around 4.8 million domestic and foreign visitors come to Imjingak to witness the divided reality with their own eyes, but all they can do is look through a telescope over the borderline.”

At Imjingak Pyeonghwa-Nuri Park in the border city Paju, GTO kicked off the establishment of what they tentatively refer to as the “Peace Museum.”

“The museum will embrace the story of the Korean Peninsula’s division, the Korean War and the ongoing peace process, embracing both the pains of war and the significance of peaceful unification,” Yu said. He hoped, following the South’s lead, such a museum could be built in the North as well.

Gyeonggi Province is also pushing for the “Peace Monorail,” which would link Imjingak Resort and the Panmunjom village inside the DMZ. The cutting-edge train would travel 11 kilometers between Imjingak and Panmunjom at a speed of 30 kilometers per hour. Stopping at four stations -- Imjingak Station, Division Station, Peace Station and Panmunjom Station -- the monorail’s round trip is expected to take 50 minutes. 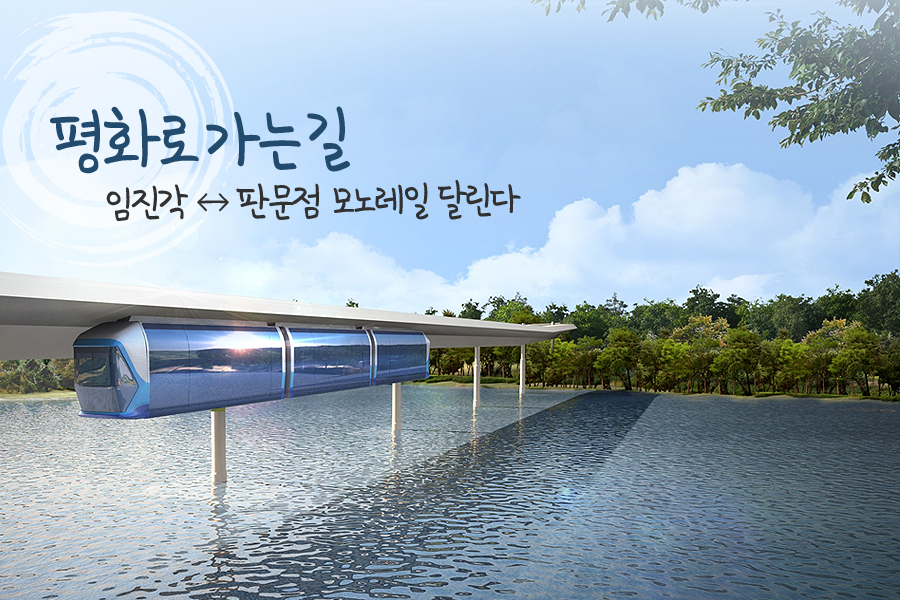 The impression of Peace Monorail (GTO)

Each of the stations will have its own distinctive themes. At Imjingak Station, visitors can start their tour and also enjoy historical landmarks nearby, such as Imjingak Pyeonghwa-Nuri and the Wetlands Experience Education Center. At Division Station, activities and exhibitions related to war, pain and conflict will take place. At Peace Station, tourists will be able to experience what Korea could be like after unification using virtual reality and augmented reality. Tourist goods, North Korean foods and a duty-free gift shop will await visitors at Panmunjom Station.

GTO hopes to stretch the railroad beyond the northern border. According to the plan, the monorail will initially extend 14 km into the heart of the North’s Kaesong, and further expand 3 km from Kaesong to Songaksan.

The agency anticipates that turning the DMZ into a tourist landmark will bring substantial economic benefits and job creation effects not only to Paju, but also to other districts in northern Gyeonggi Province through collaborative tourist programs.