The 18-man company’s “no research, development only” business model, albeit more common overseas, did not appeal to Korean regulators reviewing the soundness of the company’s fiscal portfolio.

The regulators’ reception is hoped to have warmed up, however, after Bridge Biotherapeutics bagged a record license-out deal worth 1.5 trillion won ($1.26 billion) with German biopharma firm Boehringer Ingelheim last month.

Bridge Biotherapeutics licenses in novel drug candidates from research firms and takes them on from development, conducting clinical trials phase 1 and going only as far as phase 2a before licensing it out again to a bigger biopharma that would provide upfront payment and deliver royalties in the case of successful final product commercialization. 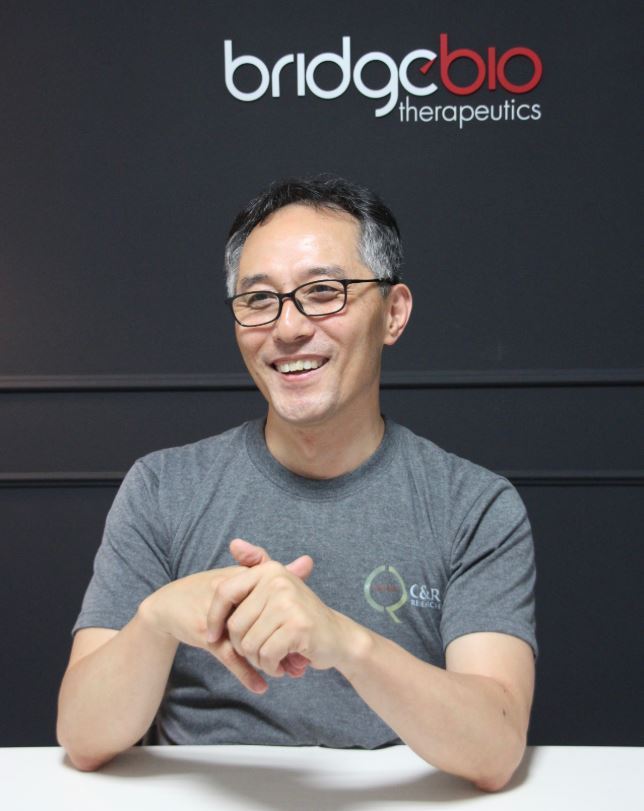 As for BBT-877, the fibrosing interstitial lung disease treatment candidate that it licensed out to BI, Bridge Biotherapeutics had acquired it from LegoChem Biosciences in 2017 for worldwide exclusive rights for further development.

“If we had the means to carry on the development to the novel drug application stage, we would,” said Bridge Biotherapeutics CEO Lee Jung-kue, who also goes by James, in an interview with The Korea Herald.

“Being realistic, it makes more sense to expedite the development by passing on the baton to a more financially capable biopharma that would fare better in the race against other competing developers,” said Lee.

BI is a recognized leader in the treatment for idiopathic pulmonary fibrosis, a progressive and irreversible type of fibrosing interstitial lung disease with high unmet medical needs. IPF affects approximately 3 million people worldwide. There are only two treatments on the market -- BI’s Ofev and Genentech’s Esbriet. Neither provides a cure, only slowing progression of the disease.

The Ofev patent expires in Europe in September 2024 and in the US in November 2026, by which time BBT-877, which entered the phase 1 clinical trial in the US in February, would be ready to help maintain BI’s dominance.

BI payed an upfront and near term payment of 45 million euros ($49.7 million) to Bridge Biotherapeutics, with more than 1.1 billion euros promised in potential payments upon successful achievement of specified development, regulatory and commercial milestones.

Lee said the deal with BI buys them time against rival Galapagos’ version of the novel drug for pulmonary fibrosis named GLPG 1690, which shot ahead in development by skipping phase 2b to enter phase 3.

The license-out to BI set a new record as the biggest singular deal in the history of Korean biopharmaceuticals -- even bigger than the legendary Hanmi deals in 2015 that set the first examples of a Korean pharmaceuticals company’s successful global licensing.

The precedent of Hanmi is something that cautions analysts to hold steady on Bridge Biotherapeutics, however, as some of the company’s glorious deals lost their luster after partners Boehringer Ingelheim, Eli Lilly and Janssen successively halted further clinical trials in 2016, 2018 and 2019, respectively. Hanmi still has a strong portfolio with global big pharma firms, but its case proved that a license-out deal does not always lead to a golden ending.

“We can’t say what happened to Hanmi won’t happen to us,” said Lee, “Successful novel drug development is a tough business. Only half of the drugs go on from phase 2 to phase 3 clinical trials.”

In order to minimize impact from possible fallout, Bridge Biotherapeutics aims to apply for one investigational new drug approval each year on average. The company plans to make the IND application for its non-small cell lung cancer treatment candidate BBT-176 within 2019 simultaneously in the US and Korea. This application grants the company the permit to ship the biological material across countries and states for laboratory development. 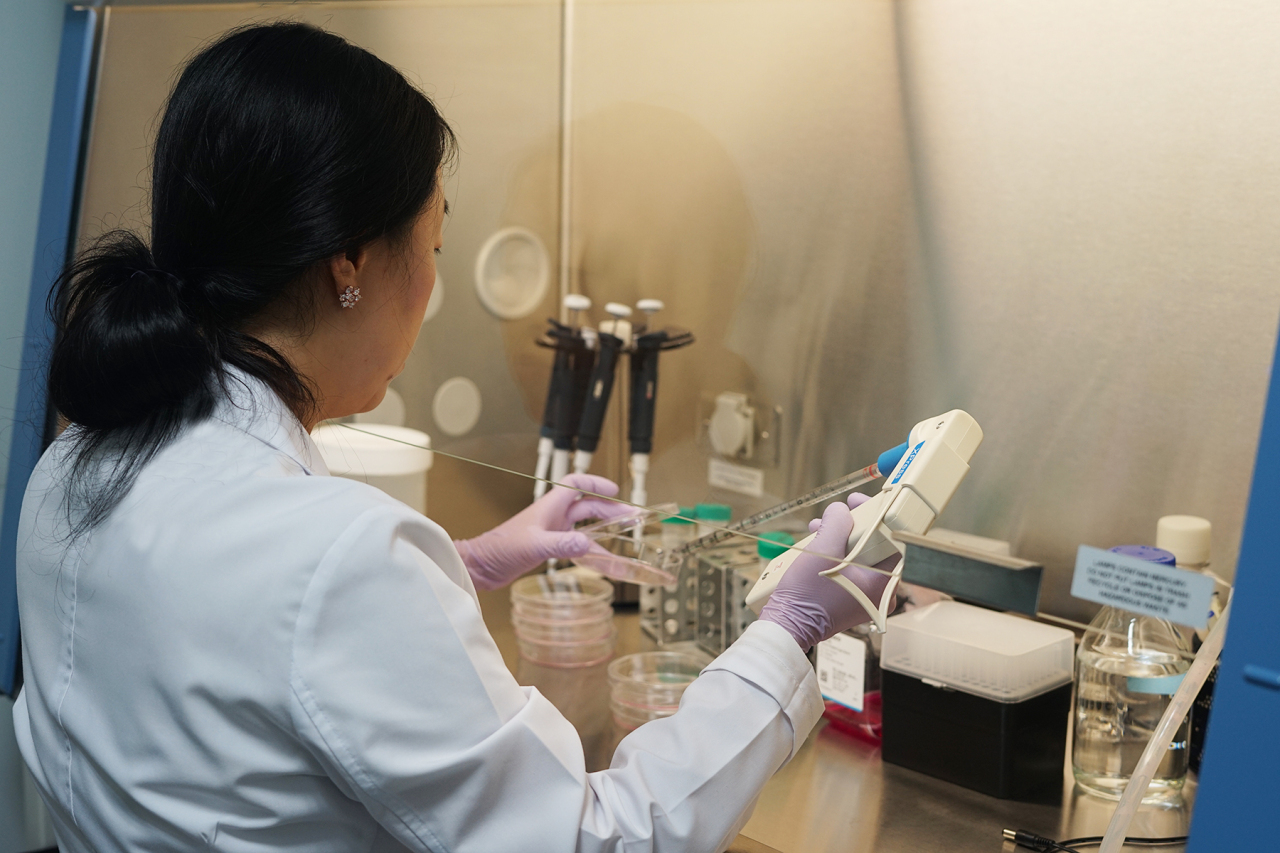 BBT-401, licensed in from Korea Research Institute of Chemical Technology and Sungkyunkwan University’s laboratory, is being co-developed with Korea’s Daewoong Pharmaceutical, upon an agreement in December 2018 that allows up to $40 million for Bridge Biotherapeutics in upfront and milestone payments during development and commercialization.

Bridge Biotherapeutics currently has a small, tight team of 18 staff members. Of those, 15 work from the company’s headquarters in Pangyo, Gyeonggi Province, while the remaining three are based in the US.

“Our short-term human resources strategy will be to bolster our phase 2b and phase 3 manpower, with long-term goal of having the infra(structure) to complete a novel drug manufacturing and commercialization,” Lee said.

Bridge Biotherapeutics will try again for an initial public offering, as a “special listing on promising business model,” projected for early next year.

Lee was with LG Life Science’s novel drug research and development team from 1993 to 2000, during which time he was involved in the licensing out of Factive, Korea’s fifth home-developed novel drug. Lee is the co-founder of biotech firm CrystalGenomics, where he worked until 2007. In 2008 Lee founded another independent biotech firm called Rexbio, where he developed a pancreatic cancer treatment. Bridge Biotherapeutics is his third bio venture.