Police have launched a probe into circumstances surrounding the leak of video footage taken during the arrest of Koh Yu-jeong, a prime suspect in the murder of her ex-husband.

The leaked footage, released Saturday by local media, shows Koh’s arrest on June 1 at 10:32 a.m. in the parking lot of an apartment block in Cheongju, North Chungcheong Province. As police officers handcuff her after informing her of her Miranda rights, Koh asks, “Why? I never did that. I am the victim.” 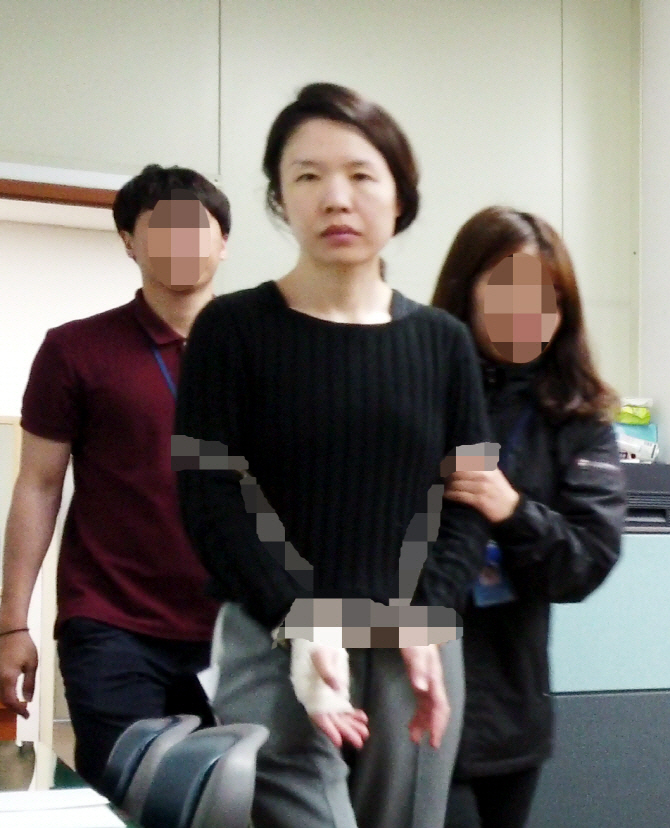 Koh Yu-jeong
Korean National Police Agency Commissioner General Min Gap-ryong said in a press briefing Monday they were investigating if the video was released “in moderation through the appropriate process.”

“Any impropriety (in the process of the video’s release) will be met with administrative action.”

Regarding media reports that Park Ki-nam, the former chief of Jeju Dongbu Police Station, was responsible for the video leak, Min said the matter calls for “a contextual consideration -- if Park had indeed personally leaked the video.”

A police agency official said that leaking video footage taken during an arrest based on a personal decision would be a violation of given codes.

A police directive published March 11, 2019 stipulates that “in order to protect human rights, privacy, honor of the persons involved in a case, and to maintain the security of the investigation, content of the investigation should not be announced to the public or otherwise disclosed.”

As for mounting criticism of police response to the murder case, Min said an internal audit into how the case was handled would be finalized this week.

Regarding recently raised suspicions of Koh’s involvement in the death of her stepson, the police agency head said they would resolve doubts after concluding the investigation, which is still underway.

Koh’s current husband posted an online petition on the official Cheong Wa Dae website Monday condemning police for its “lax” investigation of the death of his son. He alleges Koh murdered his son, who was found dead at the couple’s apartment on March 2. The National Forensic Service’s autopsy identified the cause of death as suffocation at that time.

On July 24, Koh’s current husband was questioned as a suspect in the death of his 5-year-old son. Earlier this month, he was booked for murder, a charge which was later changed to accidental homicide.