Sejong Center, deploying all of its seven arts troupes and their 300 members, is to re-create the last days of Hong (1868-1945) in a music-infused dramatic play, tentatively titled “Independence Fighter at Theater,” on Sept. 20-21. 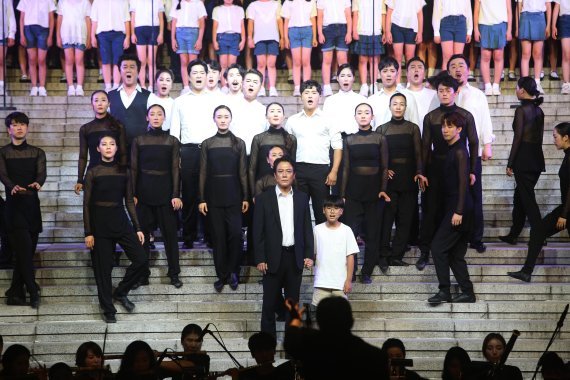 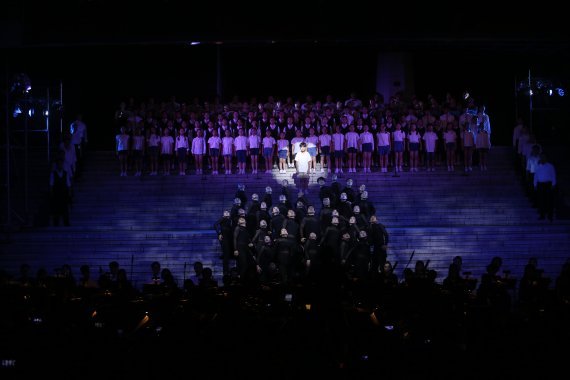 Although Hong was a central figure in Korea’s armed resistance against Japan, his last days were lonesome, he explained.

“His family relationship was in misery, too. I wanted to figure out why. The goal of this production is not on telling the life story of a hero. The personal life is more epic,” he said.

Ko Yeon-ok, the scriptwriter, said she was inspired by how Hong worked all his life to make a living, apart from the time he was fighting for independence. She said Hong is a relatable figure for the audience of now.

Hong, originally a hunter, organized a resistance force and fought against Japanese forces. Based in Russia, he led a fight for Korea’s independence, but was deported to Kazakhstan in 1937, where he spent his lonesome last days working as a guard at Koryo Theater, a theater for deported Koreans.

In the play, Hong tells his story to a young playwright. Touched by Hong’s heroic life, the theater troupe decides to put Hong’s story on stage.

The play marks the first time for all seven troupes under the arts center to come together since its opening 41 years ago. For the two-day performances in September, all 300 members will take the stage.

Meanwhile, upcoming film, “The Battle: Roar to Victory,” depicts Hong’s most famed battle, the battle of Bongodong. However, rather than putting the emphasis on Hong, it focuses on fighters whose names were not recorded in history.

Led by director Won Shin-yeon, the film features actors Yoo Hae-jin and Ryu Jun-yeol as members of the Korean Army. 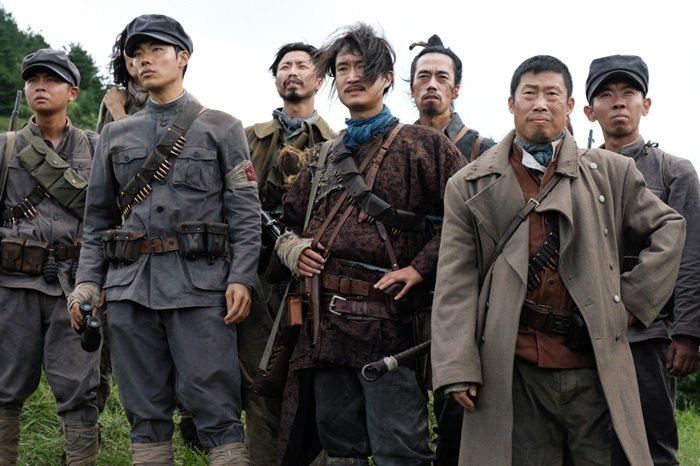 “The Battle: Roar to Victory” (Showbox) 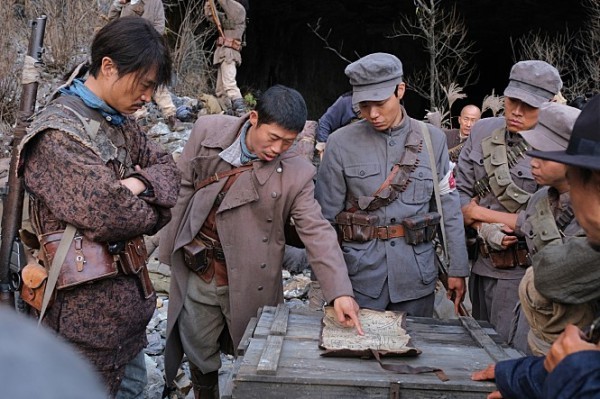 “The Battle: Roar to Victory” (Showbox)
The Korean Army, led by Hong, fought against the Japanese in the Bongodong region of Manchuria, China, in 1920. It was the first victory for the Korean independence resistance in a full-scale battle against Japanese forces. The epic battle is believed to have boosted the Korean morale.

“I could feel the story before taking it in through my heart. I felt as if I had become an independence fighter of the time,” director Won said at a press event on July 3.

“While most movies depicted the history of being a victim, of being ruled and being humiliated, ‘The Battle’ is a film that talks about the history of resistance and victory.”

The film is to hit local theaters on Aug. 8.