At Starbucks, a seasonal offering has been so well received by Korean customers that the company has just weeks ago decided to put it on its regular menu for the whole year round.

Launched originally as a summer drink in April, the espresso-based Dolce Cold Brew combines two of the coffee franchise’s bestselling items -- Cold Brew and Dolce Latte. It only uses cold brew that was slow-steeped in cool water for 14 hours.

Coconut cold brew latte, which uses coconut milk instead of normal milk, has returned this summer, Pascucci said, following the popularity of the drink that was launched last year. The drink offers silky texture of coconut milk foam on the top.

Both menus will be on sale until Aug. 31.

Pascucci said its cold brew drinks were made using coffee beans that were roasted with the original Italian slow roasting technique for a richer aroma and a soft taste.

A hot trend sweeping the summer drink and dessert scene here now is ultrasweet syrup made with dark brown sugar, or heukdang in Korean. An unrefined version of highly processed sugar, dark brown sugar has an inky syrup stain and caramel flavor.

The sweet fever was started by Taiwanese boba tea franchise Tiger Sugar’s opening here in March and has now spread to other cafes and coffee brands. There are varieties of summer drinks, sweetened up by this syrup.

Take Paris Baguette’s Black Sugar Bubble Latte, which puts all the emphasis on the syrup. Customers can add sweet tapioca balls to make it more like the Taiwanese original. 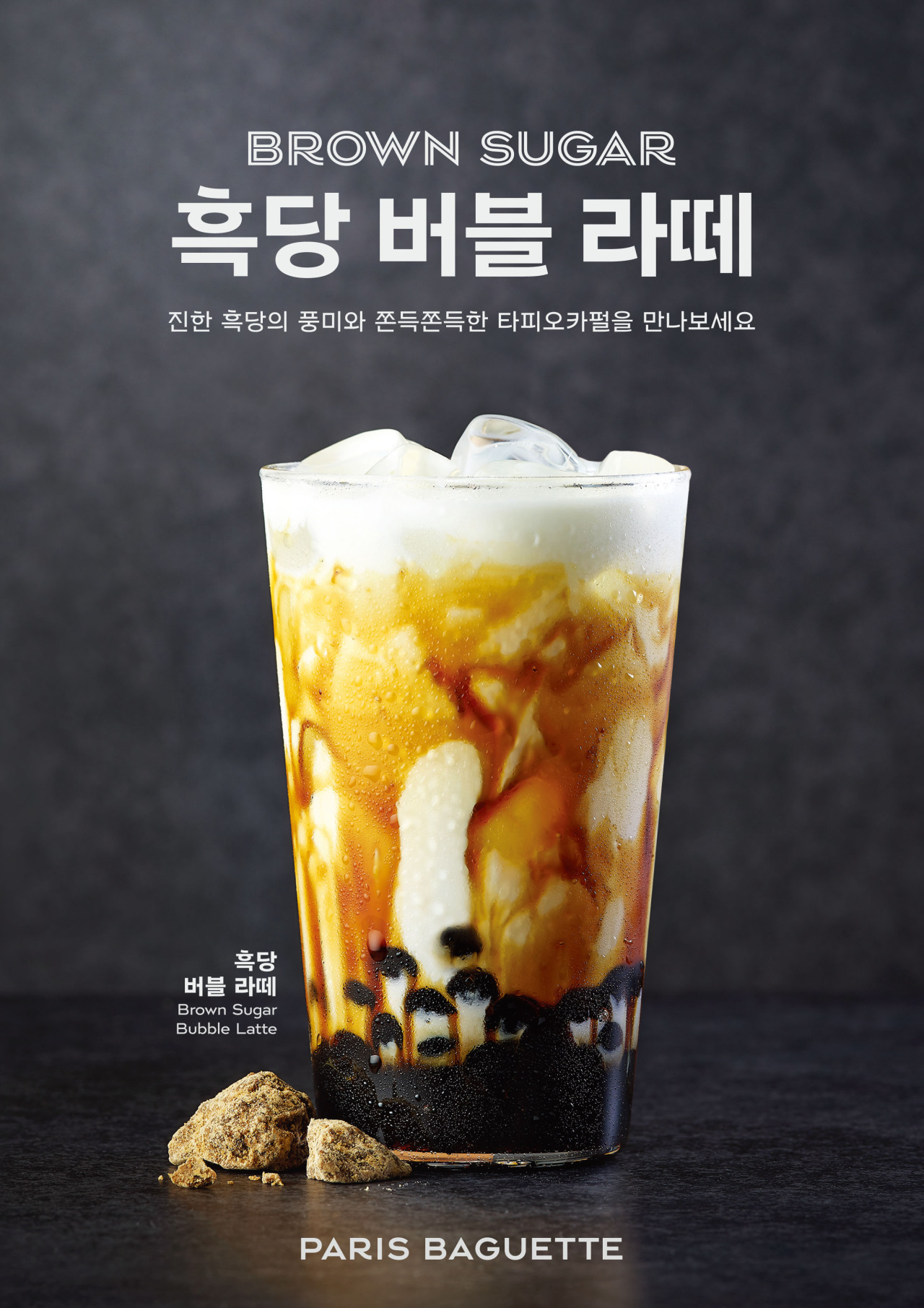 Its Black Sugar Cold Brew is developed in cooperation with world barista champion Dale Harris to find the right taste and coffee aroma in cold brew extracts. Customers can add tapioca balls as an option.

Black Sugar Latte is a caffeine-free drink, made with only milk and sugar syrup, so even the children and teenagers can enjoy it.

But most of all, summer is for fresh fruit juice.

But for those who want a combination of all-time-best summer desserts, try Caffe Pascucci’s limited edition Red bean Granita.

Granita is an Italian signature dessert, a sorbet-like dessert made with sugar. But Pascucci has created a twist by combining Granita with red bean, a default ingredient for shaved ice or bingsu -- Korea’s popular summer dessert. Not only that, the creation features other traditional Korean ingredients -- mugwort and black sesame – to create a unique flavor. 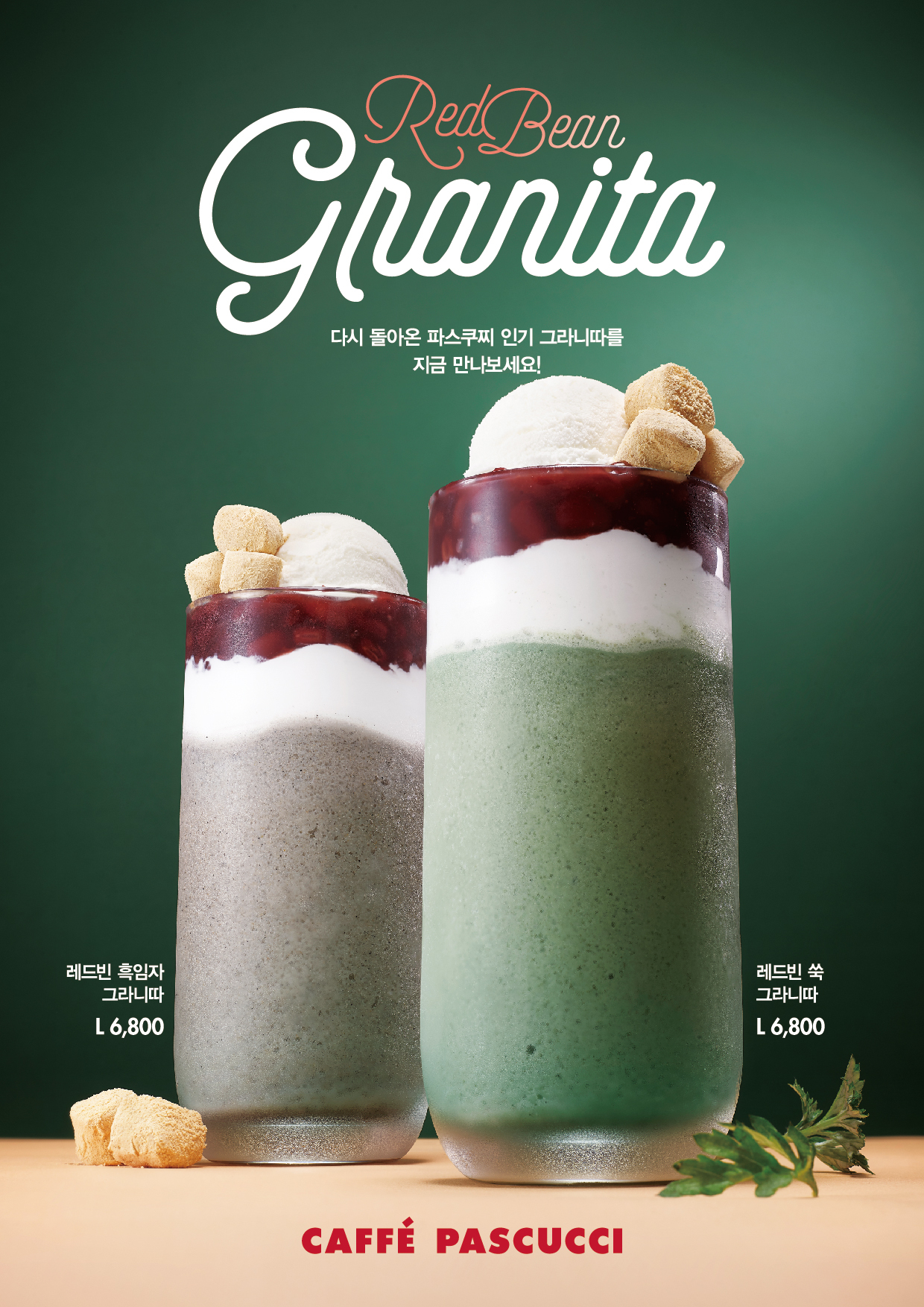 (SPC)
Granita has been Pascucci’s seasonal menu since 2011 summer, but it has been upgraded each year. This time, it has added cream and Korean rice cake Injeolmi as new toppings. Customers can also add salty gelato on the top for a richer flavor, according to Pascucci.