Four people died and 12 were injured in a van crash Monday morning in Gangwon Province.

A Hyundai van flipped over at 7:33 a.m. Monday on a road in the northeastern coastal area of Gagok-myeon in Samcheok, according to Gangwon Fire Headquarters. Fire authorities and police said the Hyundai Grace van carrying 16 passengers crashed into a guardrail and tipped over to the roadside. 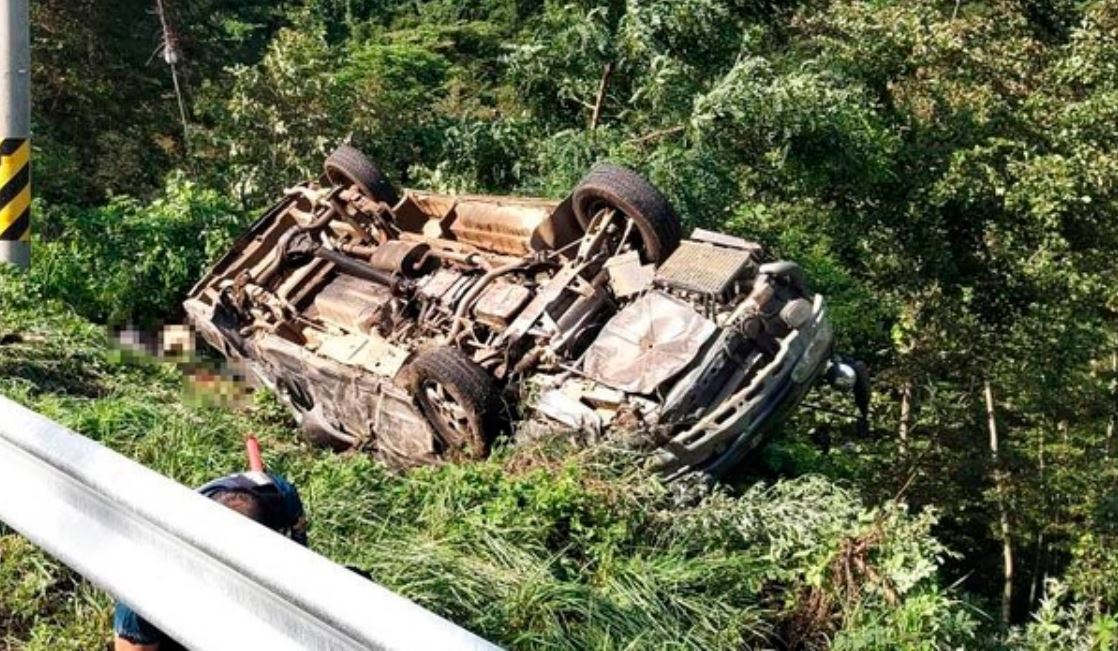 (Gangwon Fire Heaequarters)
Of the 16 passengers, nine were foreign nationals, including a Thai man, 44, a fire department official said.

Four were confirmed dead on the scene. The driver, a 61-year-old woman surnamed Kang, and two migrant workers are among the four fatalities.

The victims had departed from Hongseong, South Chungcheong Province, early Monday morning to work at a vegetable farm in Bonghwa, North Gyeongsang Province, authorities said. It is believed the driver took the wrong road before the crash.

Samcheok Police said the 15-passenger van was not overloaded. Traffic law allows a 10 percent excess in vehicle’s passenger capacity. Police also said the van will be sent to National Forensic Service for inspection.