KUALA LUMPUR -- South Korea will face North Korea in the second round of the 2022 FIFA World Cup qualification.

In a draw held at the Asian Football Confederation House in Kuala Lumpur on Wednesday, South Korea and North Korea were paired in Group H, along with Lebanon, Turkmenistan and Sri Lanka. 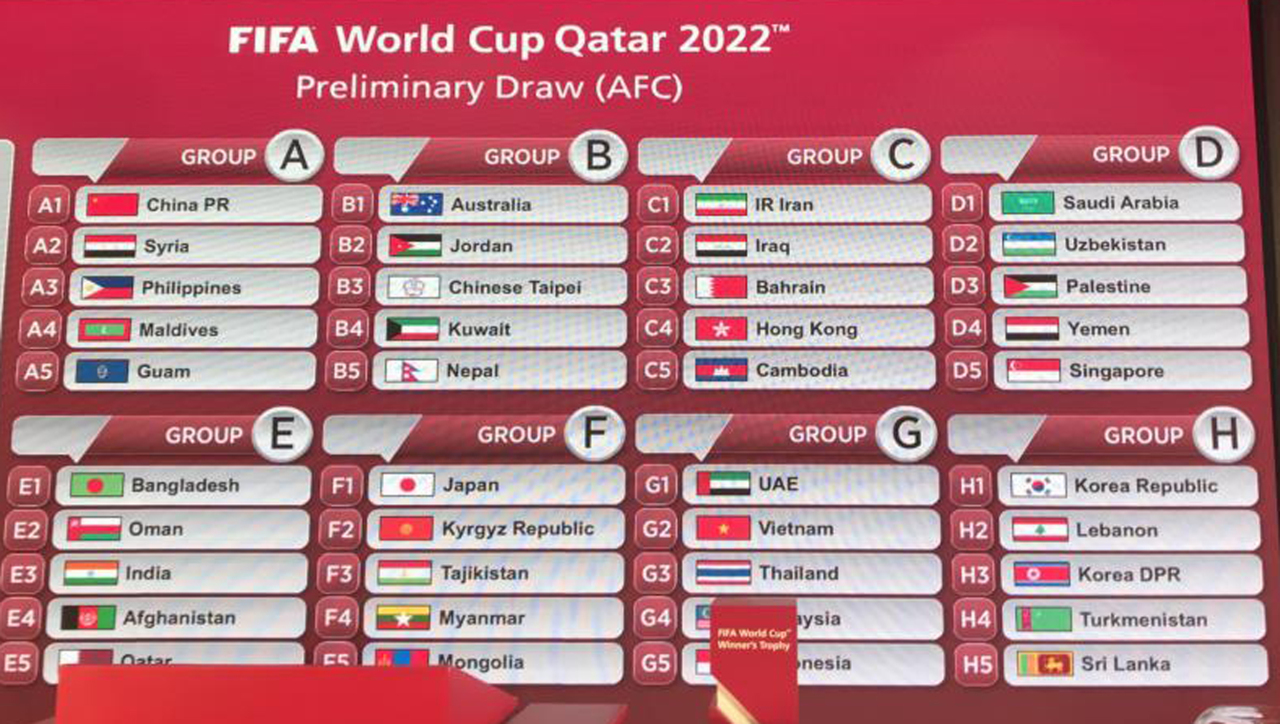 The second round will go on from Sept. 5 this year to June 9 next year.

The all-Korean pairing comes at a time of increased inter-Korean sporting exchange. The two sides are trying to field joint teams in up to four sports at next year‘s Tokyo Olympics, and Seoul and Pyongyang are also bidding to co-host the 2032 Summer Olympics.

This will be fourth meeting of the Koreas during the World Cup qualification. They have played each other in the run-ups to the 1990, 1994 and 2010 tournaments.

They were in the same group in back-to-back qualifying rounds for the 2010 World Cup. Teams play each other twice in a home-and-away format in these qualifiers, but North Korean two home matches against South Korea back then were played in the neutral venue of Shanghai.

South Korea have seven wins, eight draws and one loss against North Korea.

The Taeguk Warriors have gone 9-2-1 (wins-draws-losses) versus Lebanon, 2-0-1 against Turkmenistan and 1-0-0 against Sri Lank.

There will be eight groups of five countries n the second round. The eight group winners and the four-best runners-up will move on to the third round.

South Korea have played at every World Cup since 1986, a stretch of nine tournaments. They have gone past the group stage twice: the semifinals as a co-host with Japan in 2002 and the round of 16 in South Africa in 2010.