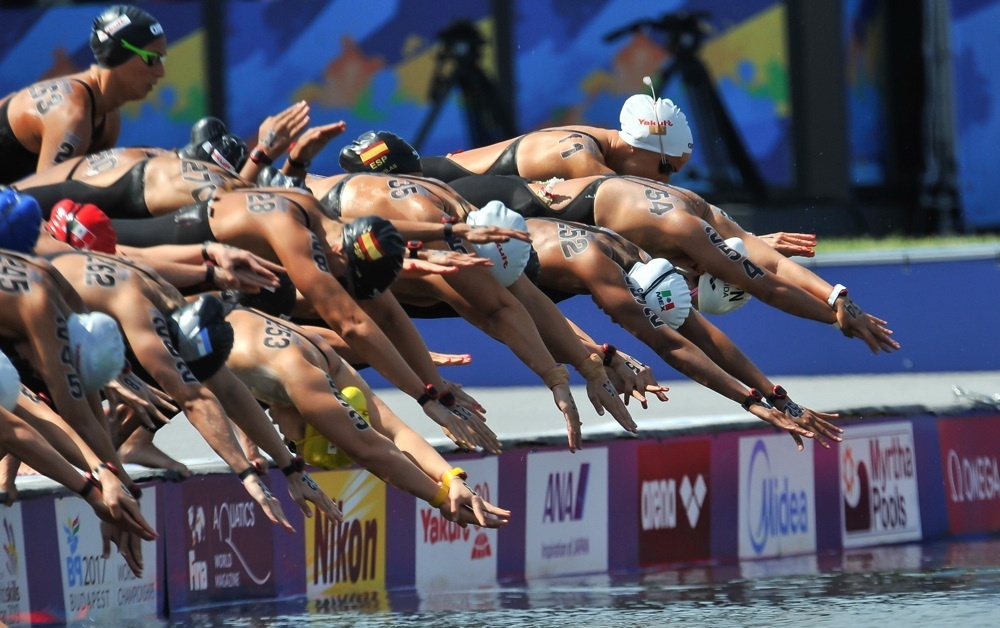 In much-anticipated races, men and women will compete in separate courses of 5, 10 and 25 kilometers, as well as a 5-kilometer mixed team relay. Vying for seven gold medals will be 387 swimmers from 60 countries.

South Korea, as the host country, has assembled an eight-member team -- four men and four women -- for the country’s first open-water engagement in world championships.

“No one from our team has swum in any world championship races, but they are improving fast,” coach Kwon Sun-han was quoted as saying in local media. He also said the water conditions in Yeosu, South Jeolla Province, were favorable to swimmers and that he expected the event to be a record setter. 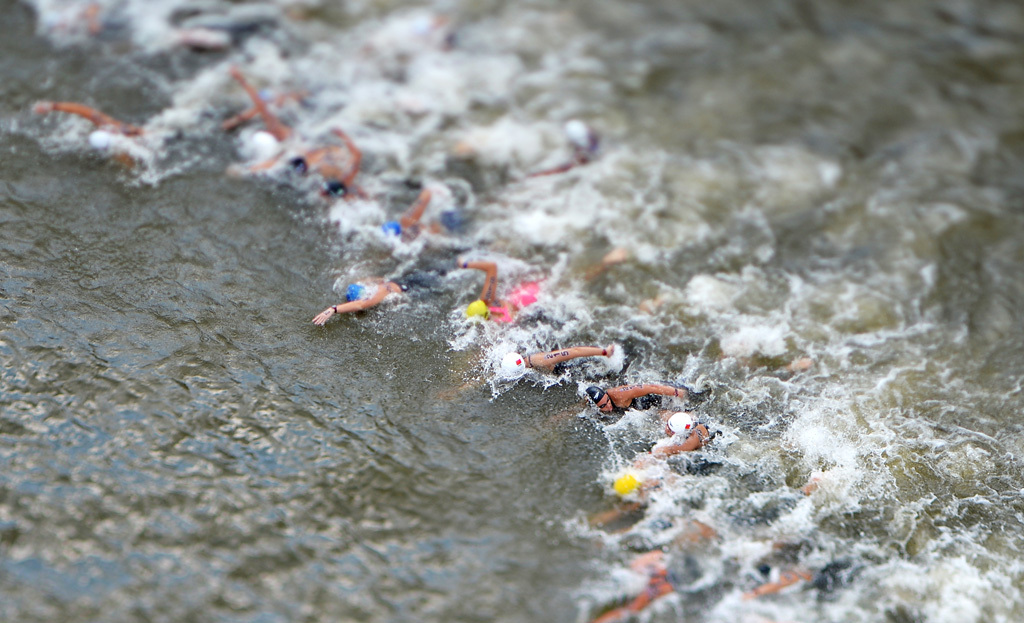 Athletes swim during the open-water event at the 2017 World Championships. (Organizing Committee of 2019 FINA World Championships)
Open-water swim competitions measure speed, but unlike indoor events they also test the swimmer’s ability to cope with unforeseen circumstances that might arise in an open-air environment. High waves, fast currents and venomous jellyfish are just a few of the challenges a competitor might encounter.

After entering the water from the platform, athletes must complete a designated course without violating the course-line markers, and they must round properly at the return buoy 1,666 meters away. After they finish their laps, they must touch the wall installed at the end point.

Competitors are not restricted in their choice of strokes, but the front crawl, also known as freestyle, is the most frequently employed due to its efficiency.

Swimmers are required to use protective gear such as wetsuits and swim caps to counter the effects of sun, wind, rain and extreme temperatures. Due to the long distance, they are also allowed to consume food during the race.

In the first three Olympic Games held between 1896 and 1904, all swimming competitions were outdoors. After swimming moved indoors, open-water swimming had a long wait to gaining recognition as an official discipline -- first in 1991 by FINA and then in 2008 at the Beijing Olympics. 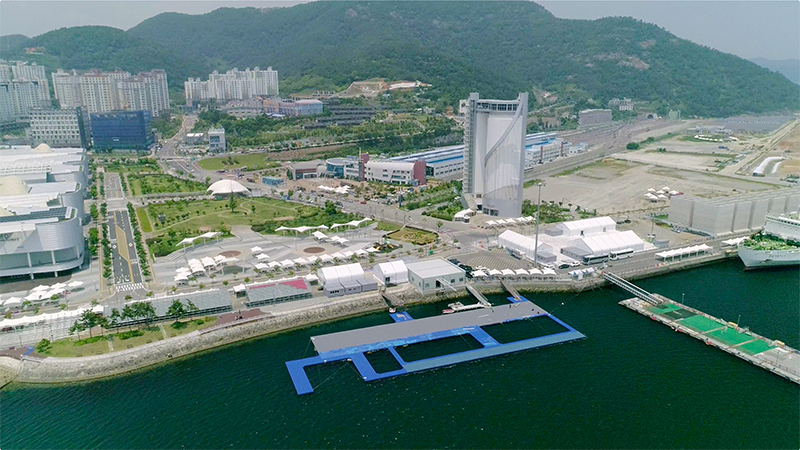