“Today’s grand advance in economic development is a sacred and rewarding struggle of our great leaders to realize their aspirations for a patriotic and powerful country,” the Rodong Sinmun, the official mouthpiece of the Workers’ Party, said in an editorial. 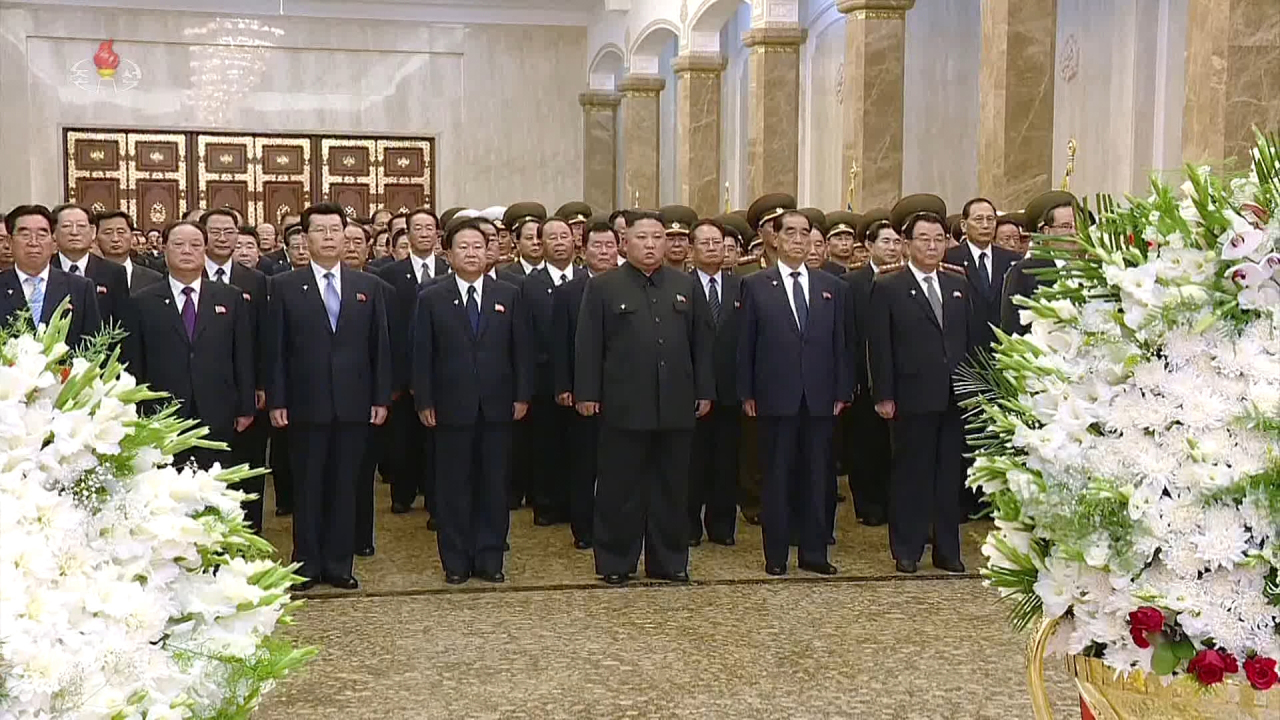 North Korean leader Kim Jong-un pays respects to his late grandfather and founder of North Korea Kim Il-sung at the Kumsusan Palace of the Sun, in Pyongyang, Monday. (KCNA)

On Monday, Kim Jong-un paid his respects at Kumsusan Palace of the Sun, his grandfather’s resting place, according to the Korean Central News Agency.

The editorial was published in an apparent move to create internal solidarity for the party’s strategic line -- “self-reliance,” which stresses developments in science and technology in order to meet the country’s needs with its own resources.

Kim Il-sung, who founded North Korea in 1948, is the grandfather of current leader Kim Jong-un. He died of heart failure at age 82 in 1994.

“Raising high the slogan for self-reliance and self-sufficiency and achieving a miraculous myth once again, (we) should demonstrate to the world the reviving status of the DPRK (North Korea) of Kim Il-sung and Kim Jong-il,” it added.

Kim Jong-un came to power following the death of his father, Kim Jong-il, who died of a heart attack in December 2011.

The North Korean leader has repeatedly reaffirmed the regime’s commitment to bolstering its struggling economy through self-reliance amid mounting pressure from tough international sanctions imposed on the country after its missile and nuclear tests.

The paper called on the people to devote themselves to their jobs in order to accomplish the regime’s five-year plan, which aims at boosting economic growth, improving its electricity supply and developing domestic sources of energy. The plan’s mandate is set to expire in 2020.

“We should outsmart the world and open a shortcut to the construction of an economic powerhouse by supporting the party’s science and technology-oriented ideology with rapid growth and innovation,” it said.