[ The Korea Herald – Send E-mail ]
[Feature] Hanawon: Helping NK defectors settle better in capitalist South
As Hanawon celebrates 20th anniversary, defectors say still room for improvement
By Jo He-rim
Published : Jul 7, 2019 - 21:57
Updated : Jul 7, 2019 - 21:57
Since the two Koreas separated in 1953, about 33,000 North Koreans have taken the life-risking, circuitous journey to the other side of the border, seeking to escape hunger and oppression in their homeland. 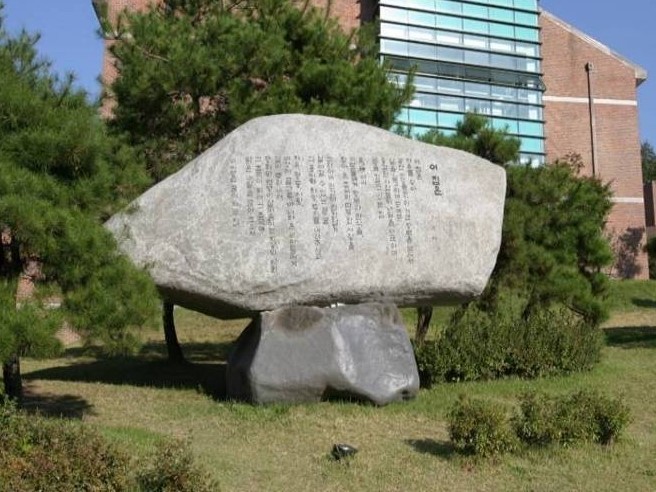 A stone monument stands at the Hanawon complex in Anseong, Gyeonggi Province. (Hanawon)

Large influx of NK defectors to the South

In the 1990s, the number of North Korean defectors soared. It was then that the communist regime suffered a serious famine. In an attempt to control and help the asylum seekers adapt, the South Korean government established the settlement support center in Anseong, Gyeonggi Province.

But as it could only house 150 at the time, the government had to quickly scale up. It also rented spaces in areas such as Seongnam and Yangju in the same province to create other branches.

“Even with the extension, more defectors were coming in. (The government) had to quickly rent spaces to create branches. The training period was also reduced to eight weeks for some time,” Lim Byeong-cheol, the director of Hanawon, told The Korea Herald.

Numbers continued to rise, and eventually the number of defectors coming to South each year stabilized at between 2,400 and 3,000, before North Korean leader Kim Jong-un took power in 2011. Following Kim’s succession, the number almost halved in the next year, from 2,706 to 1,502 in 2012. Last year, 1,137 North Korean defectors arrived to the South, and this year, 546 had entered the country as of June.

While the causes of the decline are not certain, Lim explained that tightened border control and internal crackdowns conducted by the young leader would have had an impact on the number of defectors.

Over the years, Hanawon continued to expand, building its own school and hospital. A second center was established in Hwacheon, Gangwon Province, in 2012, increasing total capacity to 1,100 across the country. The first Hanawon in Anseong is now detected for women and children, while the center in Hwacheon runs programs for men and has reeducation courses.

Speaking the same language and sharing the same history leads Koreans to believe they are the same people in one sense. But the two Koreas have developed differently under the vastly different political and economic systems over the past several decades, and guidance is needed for the North Korean defectors to adjust to their new environment.

From taking the subway and making a bank account to learning to cope with apartment neighbors, Hanawon provides a brief run-through of the South Korean society.

“Some of the things we learn there are so trivial and it may not be so memorable, and those who stayed in China may be more familiar with such systems as the subway and banks. But that is not the case for everybody,” Park Eun-ju (not her real name) told The Korea Herald. Park, 27, defected to the South in 2016.

“Even if we watch South Korean soap operas, it does not show you that you need to recycle waste.”

Currently, Hanawon runs seven education courses for different gender and age groups. The 406-hour program is designed to teach North Koreans about society here and offer vocational training so that the newcomers will better adapt to their new environment.

“I learned the loanwords used here in the South. Because I have never lived in apartments before, I also learned about people’s noise complaints between floors,” Park added. 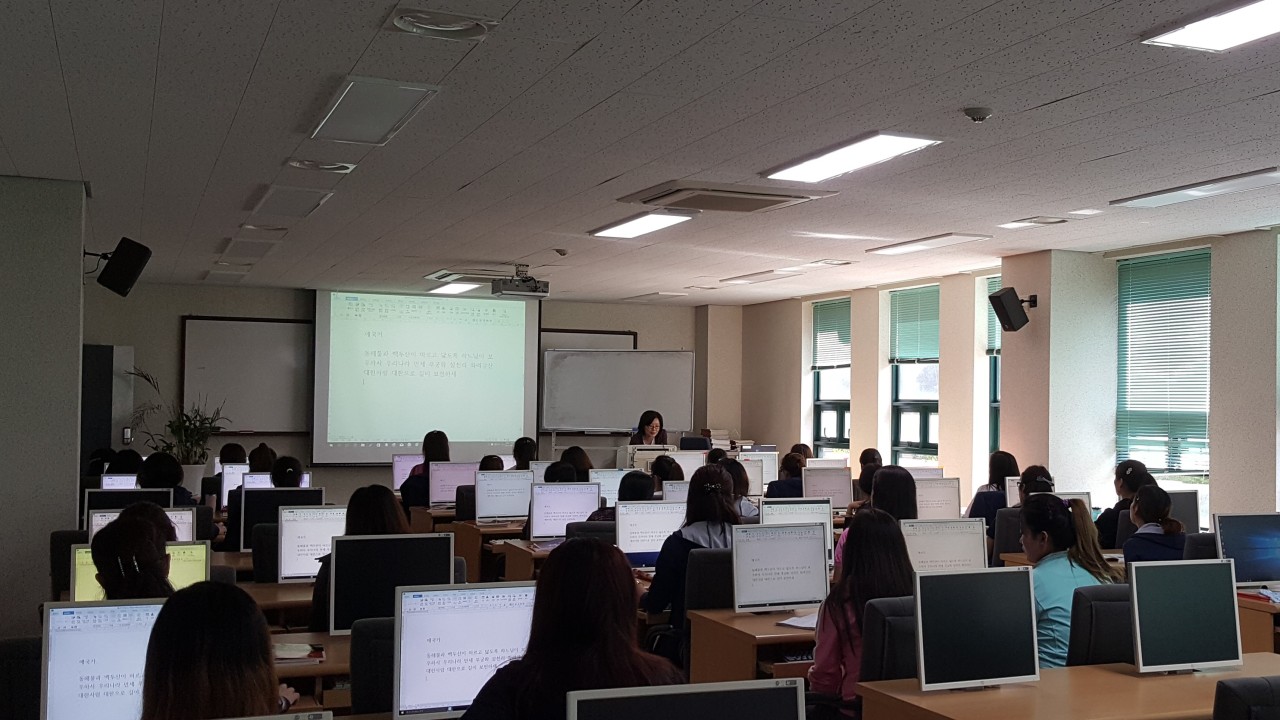 
But opinions are divided, as some wish for the program to be more practical. Lee Kang, who took the program in 2016, told The Korea Herald that the education was not very useful.

“The courses there do not really help us actually settle into the reality of the society. It appeared to me that the officials of Hanawon do not really know what they should do to help defectors,” Lee, 29, said.

Lee said the institute would try all kinds of different programs, including making soap.

“We also said the Hanawon program is there to keep us for the three months, until all the paperwork is done and our identity cards are made,” Lee said, though he was happy he obtained his driver’s license there.

“Still, Hanawon was welcoming, unlike the National Intelligence Agency. People were kind and the atmosphere was warm,” Lee added. All defectors are interrogated by the NIS, the state’s spy agency, before they are taken to Hanawon.

According to the Unification Ministry, there are currently 90 of its officials working in Hanawon, and 154 other staff members include facility managers, guards and doctors. Some say more experts may be needed to improve the quality of the education, rather than civil servants.

To such criticism, Lim, the Hanawon chief, says the institution is making efforts to make its programs more practical.

Hanawon revised its program last year to focus more on livelihood aspects. They include lessons on mobile phone usage, field trips to public offices and banks and courses on work etiquette.

“We are increasing the hours spent on activities inside and outside of Hanawon to increase real-life experience for the defectors,” Lim said, adding that about 30 percent of the program is carried out in the field.

Another defector who wished to remain anonymous said she was uncomfortable with the education that sought to input negative sentiments against the North Korean regime.

“I kept being told how the North Korean regime is horrible and that all North Koreans are fooled. But it is not easy to erase everything about the place I lived in for some 40 years,” the defector, who came to the South in 2012, said.

“I wished for Hanawon people to understand that we escaped from poverty in the North, in belief that South Korea is good.”

While it is for security reasons, she also said it felt somewhat like a jail in Hanawon, as barbed wire and security guards keep them from freely traveling outside of the institute.

Despite the efforts, social and financial gaps, as well as the prejudice created from politics and ideologies that developed over the past decades, remain to be overcome.

“I hear people around me facing difficulties in getting jobs because of their (North Korean) dialect,” Park said.

The unemployment rate of defectors in 2018 was 7 percent, which is almost double that of the general South Korean population, 3.6 percent, according to a report released by Korea Hana Foundation last year.

While statistics are improving, the Unification Ministry said it will continue to work to provide better policies and improve the quality of jobs for defectors.

“North Korea is often perceived by South Koreans as a subject in need. Also many defectors seek for economic opportunities, which reinforces the image,” Lim said.

Lim Byeong-cheol, director of Hanawon (Hanawon)
“But it should not be forgotten that the two Koreas share cultural traditions that go beyond the seven decades of separation, and it is important to spread the idea that we are not so different.”

The Unification Ministry has vowed to reflect the opinions of the people and make greater efforts for sincere social integration.