Following working-level talks scheduled for mid-July, US Secretary of State Mike Pompeo and North Korean Foreign Minister Ri Yong-ho are expected to attend the foreign ministers’ meeting at the ASEAN Regional Forum on Aug. 2 in Bangkok.

The ARF foreign ministers’ meeting is the only ministerial-level conference in which both countries participate.

Pompeo and Ri attended the ARF meeting in August last year, just after the first US-North Korea summit in Singapore, but they did not hold official talks. 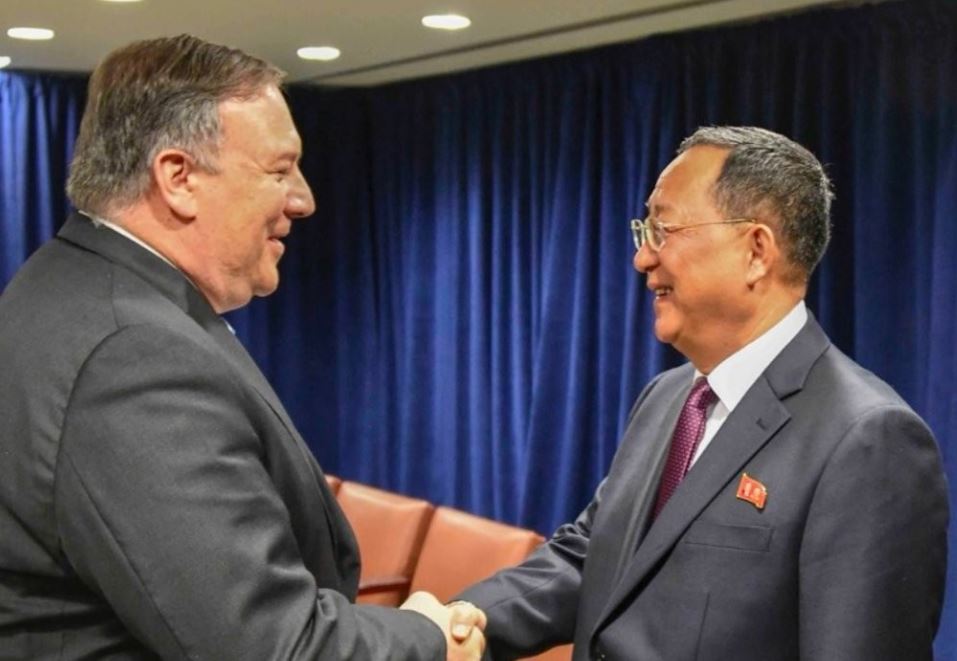 (Yonhap)
This was because Ri was not directly involved in the denuclearization talks with the US at the time, but the situation is different this year.

After the second US-North Korea summit in Hanoi in February ended without a deal, it is believed that Pompeo’s North Korean counterpart will probably be Ri instead of Kim Yong-chol, head of the United Front Department.

Both Pompeo and Ri sat in on the one-on-one talks between US President Donald Trump and North Korean leader Kim Jong-un on June 30 at Panmunjom, after which Pompeo said someone from the North Korean Foreign Ministry would be his counterpart.

“Pompeo’s counterpart is highly likely to be Ri. They could hold high-level talks if they meet on the sidelines of the ARF,” a diplomatic source said.

Whether there will be any high-level talks depends on the outcome of working-level negotiations later this month.

If the two sides manage to narrow their differences at the working level, they could go on to discuss the next summit at the high-level talks.

US Special Representative for North Korea Stephen Biegun, who leads working-level negotiations with Pyongyang, is expected to fly to Bangkok around the time of the ARF amid a greater chance of high-level talks.

If Biegun’s North Korean counterpart, who has not been confirmed yet, also goes to Bangkok, they could continue working-level talks there.

Nuclear envoys from Seoul, Washington and Pyongyang could hold three-way talks in Bangkok as they did in January in Sweden.