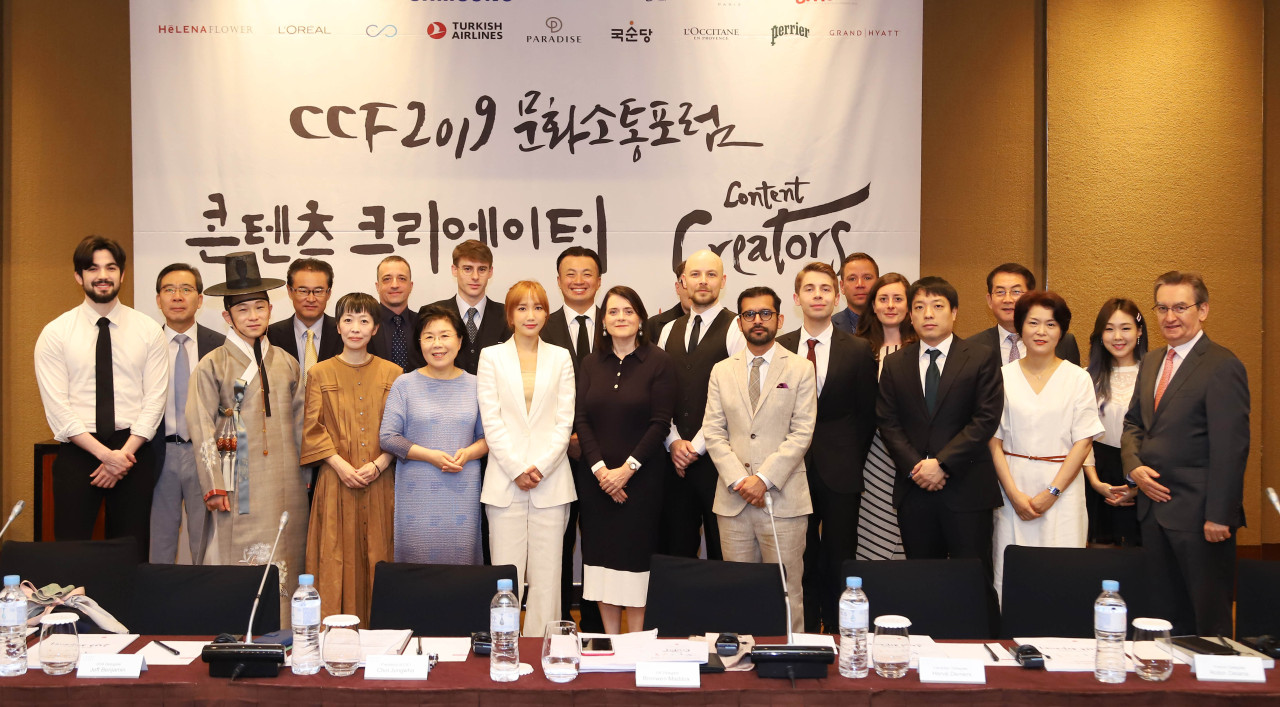 “Through K-pop, we can see that Koreans re-create music of the US or the UK with their own colors. That is why people can easily empathize with the culture. Koreans are capable of welcoming foreigners while maintaining their own personality,” Robin Deiana said in French.

“I personally am a big fan of Korean dramas. For example, drama series ‘Misaeng’ is about young people working hard to become regular employees of a company. It is what people around the world can empathize with,” Ito Ogawa said.

“I watched my first Korean movie ‘Memories of Murder’ years ago and the ending surprised me. It was such an open discussion which I had not seen before. After that I got to work with a lot of people from the Korean film scene. The impression I got was that they are so hard working, so professional in a different way,” Yusi Cheng said