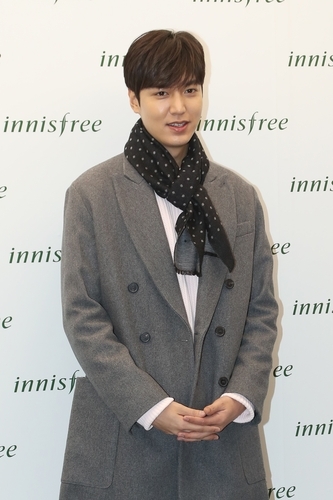 (Yonhap)
Named after the Joseon Dynasty (1392-1910) king who invented the Korean alphabet "hangeul," and launched in 2007, the institutes offer language education programs teaching Korean as a second language.

As of June this year, there were 180 such institutes in 60 countries, where about 60,000 students were learning the Korean language.

The actor, who finished his military service in April this year, gained widespread fame from starring in "Boys Over Flowers" in 2009 and continued to ride a huge wave of popularity through his following works "City Hunter" (2011) and "The Heirs" (2013). (Yonhap)