On Tuesday morning, the city government forcibly removed tents set up by Our Republican Party -- formerly the Korean Patriots Party -- after repeated warnings were ignored, only to see them put up tents again at the square in the afternoon.

The party had set up tents and canopies at Gwanghwamun Square on May 10, without a city permit, to rally against the imprisonment of former President Park Geun-hye.

In a radio interview with public broadcaster KBS on Wednesday morning, Seoul Mayor Park Won-soon said the city government intends to penalize Our Republican Party and its Chairman Cho Won-jin around 200 million won ($172,735) for the cost of removing the tents. He said he would request for Cho’s salary to be seized to collect the fee. 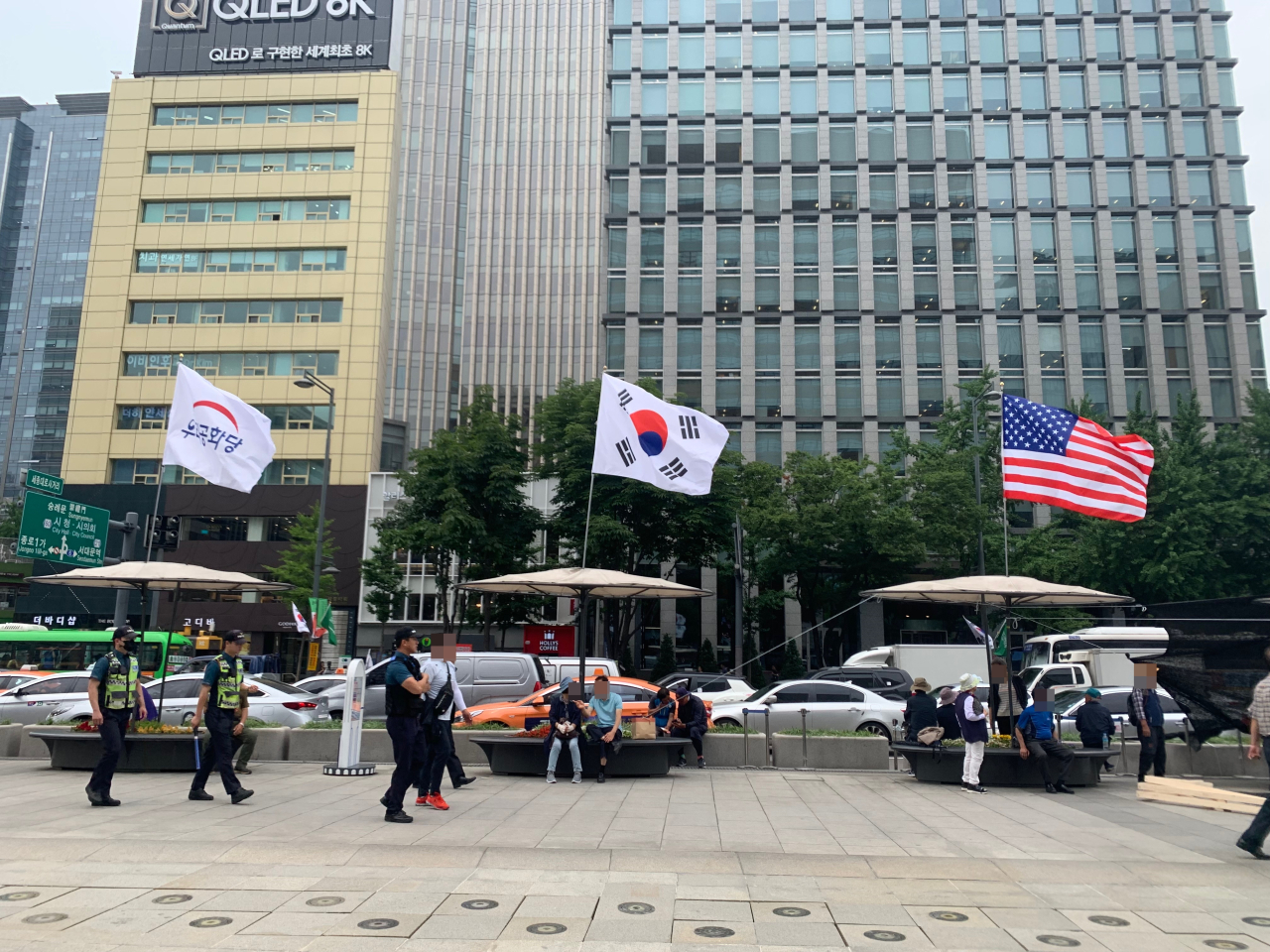 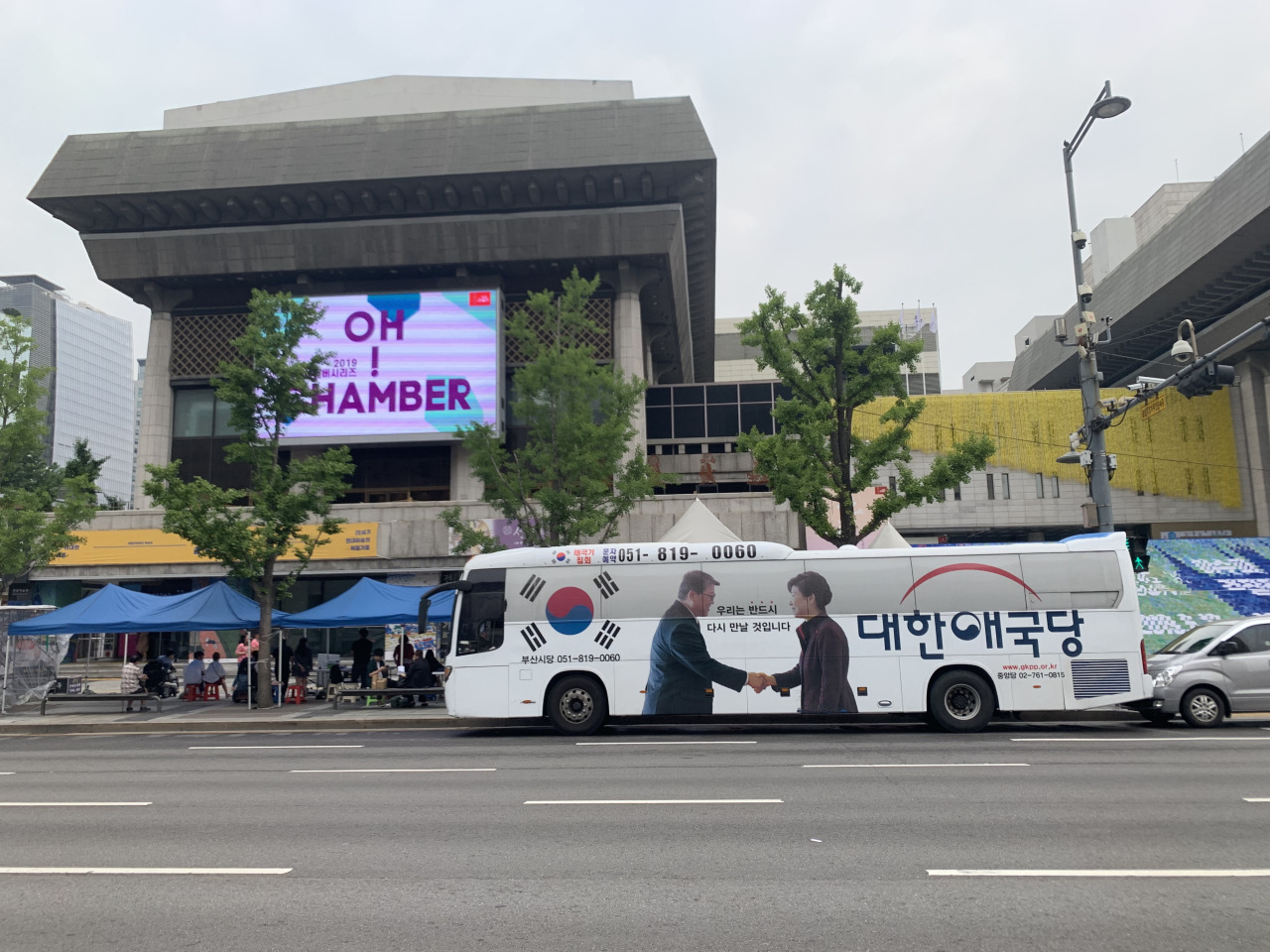 A Korean Patriots Party bus features a photo of Chairman Cho Won-jin and ousted President Park Geun-hye shaking hands. The photo’s caption reads, “We will meet again no matter what.” (Kim Arin/The Korea Herald)
Park said not only were the protest facilities illegal, but they were also subject of over 200 civil complaints due to the safety threats they posed to passersby. “The far-right protesters also brought in hazardous items including inflammables such as gas barrels and gasoline,” he said.

The Seoul government warned the party on Wednesday afternoon to clear out from the square by 6 p.m. Thursday. If the party fails to do so, the tents will be forcibly removed.

After camping out overnight in an effort to ward off possible removal attempts, the party had built tents with more durable structures on Wednesday morning. Banners bearing slogans such as “Release innocent President Park Geun-hye” and “Prosecute Park Won-soon” were hung around the area.

In a phone interview with The Korea Herald, Cho said the mayor’s remarks on the seizure of his salary were “preposterous.”

Regarding the threats protestors reportedly posed to civil safety, he said, “The leftists initiated the quarrel first with our party members.”

“The removal is unconstitutional and unfair,” he added, arguing that rallies related to the Sewol ferry disaster and 2016-17 candlelight demonstrations had also been illegal.

Asked if the party would be willing to pay the fine for illegal occupation, he said he would “consider it.” Three Sewol Ferry commemoration tents at Gwanghwamun Square had previously been fined about 18 million won for unauthorized installation.

“We will hold the Seoul government responsible for what happened,” Cho added.