[ The Korea Herald – Send E-mail ]
[From the Scene] Unsuspecting town finds gruesome infamy
By Kim Arin
Published : Jun 23, 2019 - 17:51
Updated : Jun 23, 2019 - 23:01
JEJU CITY -- About a month has passed since the gruesome murder that rattled Jeju Island, a popular holiday destination for locals and outsiders alike. The key suspect and circumstantial evidence have been identified. But there is still no trace of a body, raising concerns over the prosecution’s ability to reach a conviction.

Jeju District Prosecutors’ Office said Thursday that police are extending their search for the victim’s remains until July 1, while the Coast Guard will continue its search for an indeterminate period of time. The prosecutors’ office added that the suspect maintains her claim that she accidentally killed the man in self-defense as he tried to rape her.

Police have deployed underwater drones in the sea between the islands of Jeju and Wando, off the southern coast of South Jeolla Province, where they suspect body parts have been dumped. They are also searching the suspect’s father’s apartment in Gimpo, Gyeonggi Province. Bone parts found in the apartment’s plumbing have been sent to National Forensic Service for examination. A previous forensic examination found no DNA in bone parts and hair submitted by police. 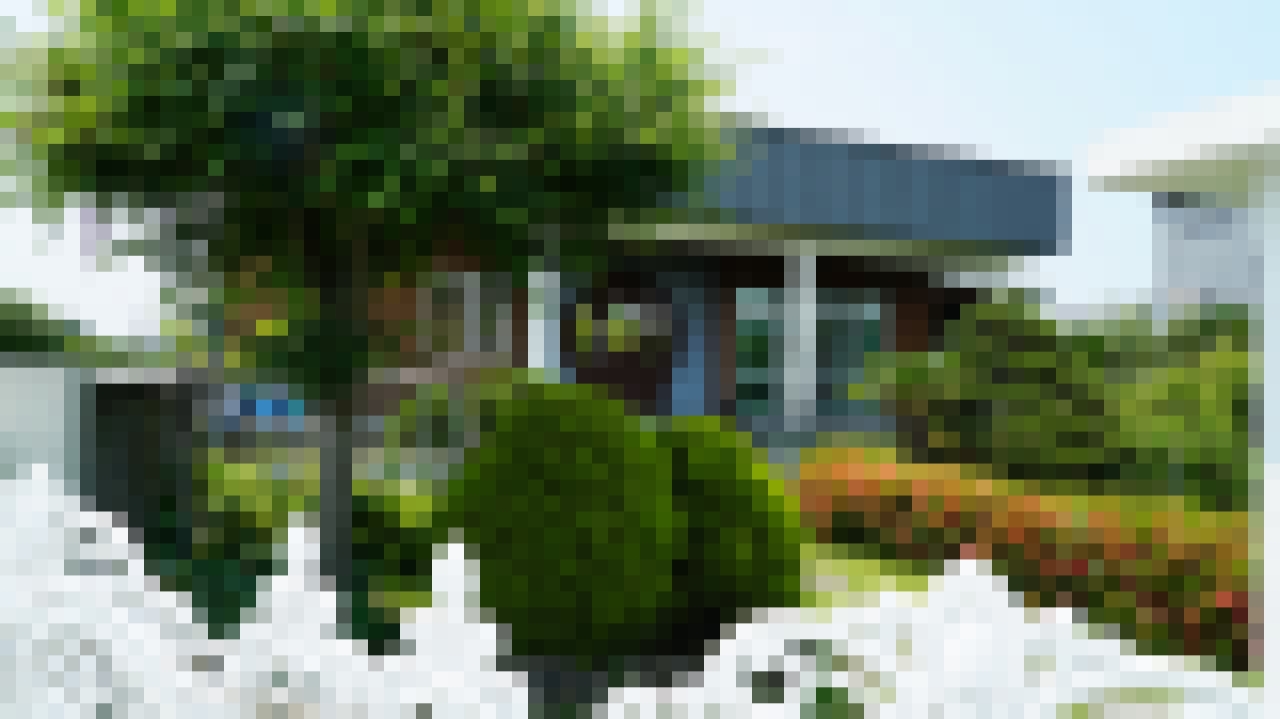 This house in Jocheon on Jeju Island has been identified as the site of a murder. (Kim Arin/The Korea Herald)
Murder devastates close-knit community

A single-story house stood at the end of a narrow alley of 10 or so households. There was no sign indicating it as a lodging place. Its small, well-tended garden was bordered by low fences -- more for decoration than to keep people out.

There were no commercial facilities in the sparsely populated neighborhood. Despite a bus stop, residents said the buses came by so infrequently that one would have to drive.

In the vacation home in a remote town on Jeju Island, a 36-year-old man was murdered. Surnamed Kang, he was a divorced father of a 4-year-old.

His ex-wife and the child’s mother, Koh Yu-jeong had not allowed him to see the child since taking custody in 2017. But on May 25, she was going to let Kang see him for the first time in two years.

“My brother was, more than anything, a doting father,” Kang’s brother said in an interview with The Korea Herald. “He missed his son and he was awfully happy he was going to see him.”

After a day out at a theme park, the exes and their son went to a vacation house in Jocheon-eup, located about 20 kilometers east of downtown Jeju City. During a video call that evening, Kang told his family that he and his son were having the time of their lives.

And that was the last they ever heard or saw of Kang.

His family reported Kang -- who was usually quick to respond -- missing to local police after losing contact with him for two days.

When police contacted Koh for his whereabouts, she said Kang had left the house after attempting to sexually assault her. She claimed to have received a text message from him apologizing for what he did, which police later found was a lie.

Koh was not a suspect at first. She was cooperative with police, and she was at an obvious physical disadvantage. Kang towered over her at 180 centimeters to 160. Besides, they were with their young son.

“Murder was an unlikely development,” an official at Jeju Dongbu Police Station, which handled the case, told The Korea Herald.

On May 28, a day after the missing person report was filed, Koh boarded a ferry leaving the resort island. In a review of security camera footage, she was spotted dumping unidentified lumps wrapped in plastic bags into the sea. Police speculate the bags may have contained body parts of the missing man.

She was also seen returning a set of items, purchased a few days before the murder, which police suspect to have been instruments of the crime: bleach, duct tape, cleaning equipment and a tool box.

On June 1, Koh was arrested on suspicions of murdering and dismembering Kang and discarding the remains.

During a June 11 briefing, Jeju Dongbu Police Station Chief Park Ki-nam said they believe Koh killed Kang at the house on the night of May 25 and mutilated the body before checking out in the afternoon of May 27.

According to police, the guests who stayed immediately after Koh said they did not notice anything suspicious about the home. The owner of the property, who examined the room on the morning of May 27 before Koh left, also told police that nothing seemed out of the ordinary aside from a broken flowerpot and a few missing towels.

“She had a good 24 hours to clean up the place,” said a police official on the case for the first three days.

The last sighting of Kang was on May 25, at the lodging with his son and Koh. About a month later, police and the Coast Guard are struggling to find any traces of the victim’s remains.

Motives for the crime also remain unclear. Both Jeju Island natives, Koh and Kang went from a five-year college romance to marriage, which lasted just two years. She was “a sweet, affectionate girlfriend,” said a mutual friend of the exes, who agreed to revealing only his surname, Kim.

But Kang’s brother and lawyer say Koh’s violence -- even in the presence of the child -- was the chief reason the marriage came to an end.

White flowers of mourning are placed on the desk that belonged to the victim in the lab where he studied. (Photo provided by a teaching assistant at university where Kang was graduate student.)
In their close-knit community, the hometown folks are devastated. “We don’t want to hear about it. Jeju people come from honorable families, especially the Kohs,” said one local who said he’s lived all of his 71 years here. “Kohs are one of the three founding families here. It’s appalling.”

A longtime faculty member at Koh’s alma mater, an all-girls private Catholic school in Jeju City, said the incident was “a disgrace” when asked to discuss what kind of a student Koh was. “There is nothing I want to discuss about the story.”

Kang, a Ph.D. candidate at the island’s state university, was a promising scholar and beloved friend, according to people who knew him. Upon hearing the news, Kang’s classmates raised about 5 million won ($4,300) to help his family pay for legal proceedings.

The victim’s family holds out hope of finding his remains.

“I know we can’t retrieve his body. But we ask for just any trace of him -- a strand of his hair or a piece of his fingernail,” Kang’s brother said. “I don’t think my family will ever find peace until we find his body.”