[ The Korea Herald – Send E-mail ]
Man accused of hiding treasures from 14th-century shipwreck
By Yonhap
Published : Jun 13, 2019 - 15:04
Updated : Jun 13, 2019 - 15:04
A man in his 60s has been arrested on suspicion of possessing ancient pottery that is believed to have been taken illegally from an underwater resting place off the southwestern coast of South Korea, police said Thursday.

The 63-year-old suspect, whose name was withheld, is accused of having hidden ancient Chinese celadon and other treasures retrieved in the 1980s from the Sinan underwater relics burial site in waters off South Jeolla Province in violation of the Act on Protection and Inspection of Buried Cultural Heritage, police said. 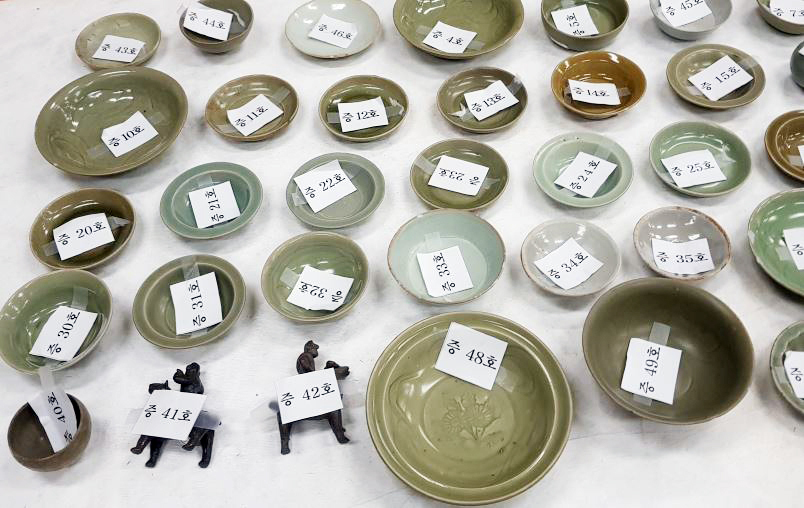 (Yonhap)
The man is also suspected of having attempted to smuggle some of the treasures into Japan for sale, according to the Daejeon Metropolitan Police Agency.

Police detained the suspect March 20 and seized 57 ceramic objects from his home in Seoul and other places.

The police and the Cultural Heritage Administration launched a joint investigation last February after obtaining intelligence indicating that the suspect was trying to sell stolen treasures in Japan. 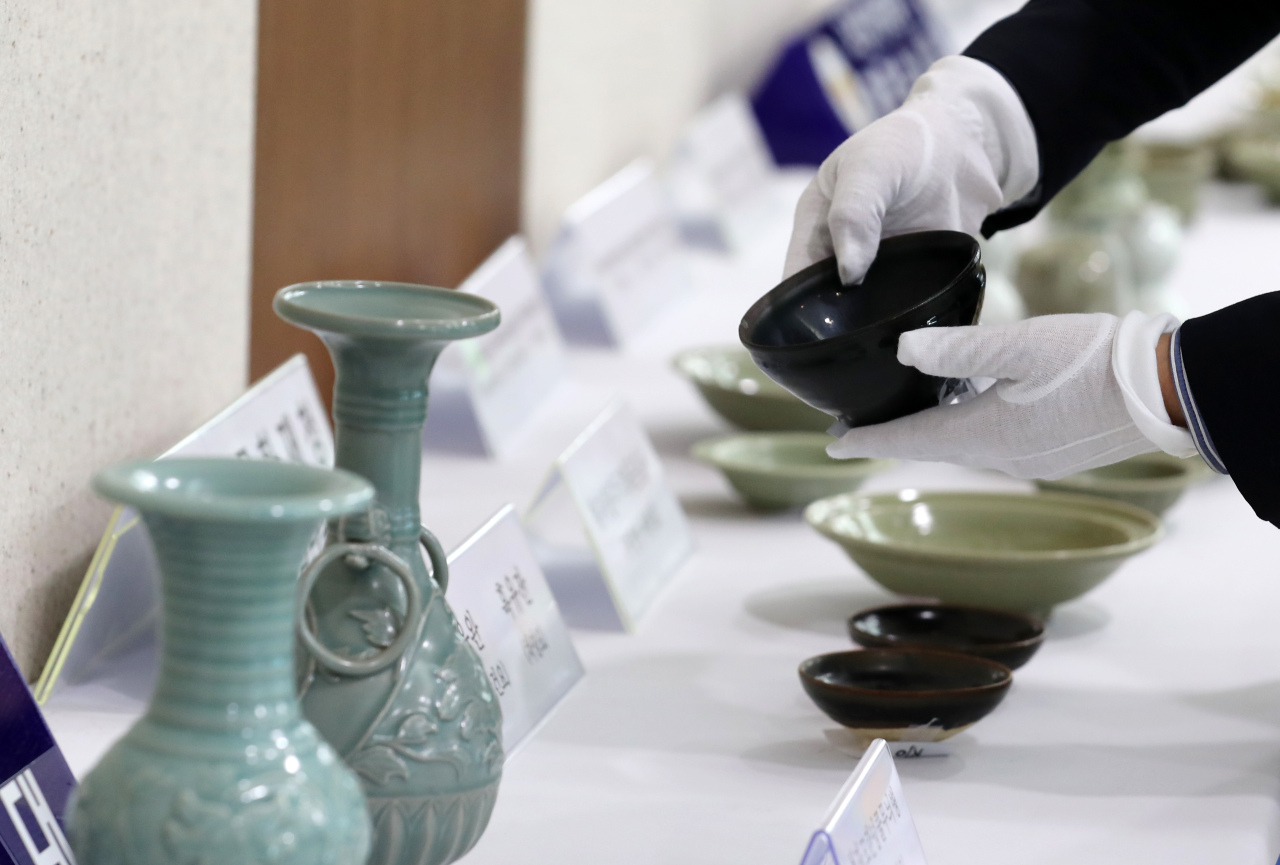 (Yonhap)
Cultural property experts speculate that the ceramics seized from the suspect were mostly from the Sinan underwater relics burial site.

The site near Sinan, about 400 kilometers south of Seoul, made headlines in the 1970s and 1980s after a local fisherman landed an unusual catch of ancient Chinese celadon in 1975.

Archaeologists launched an underwater salvage operation the following year and by 1984 they had discovered 22,000 artifacts, along with a wrecked Chinese trading vessel believed to have sunk in 1323. 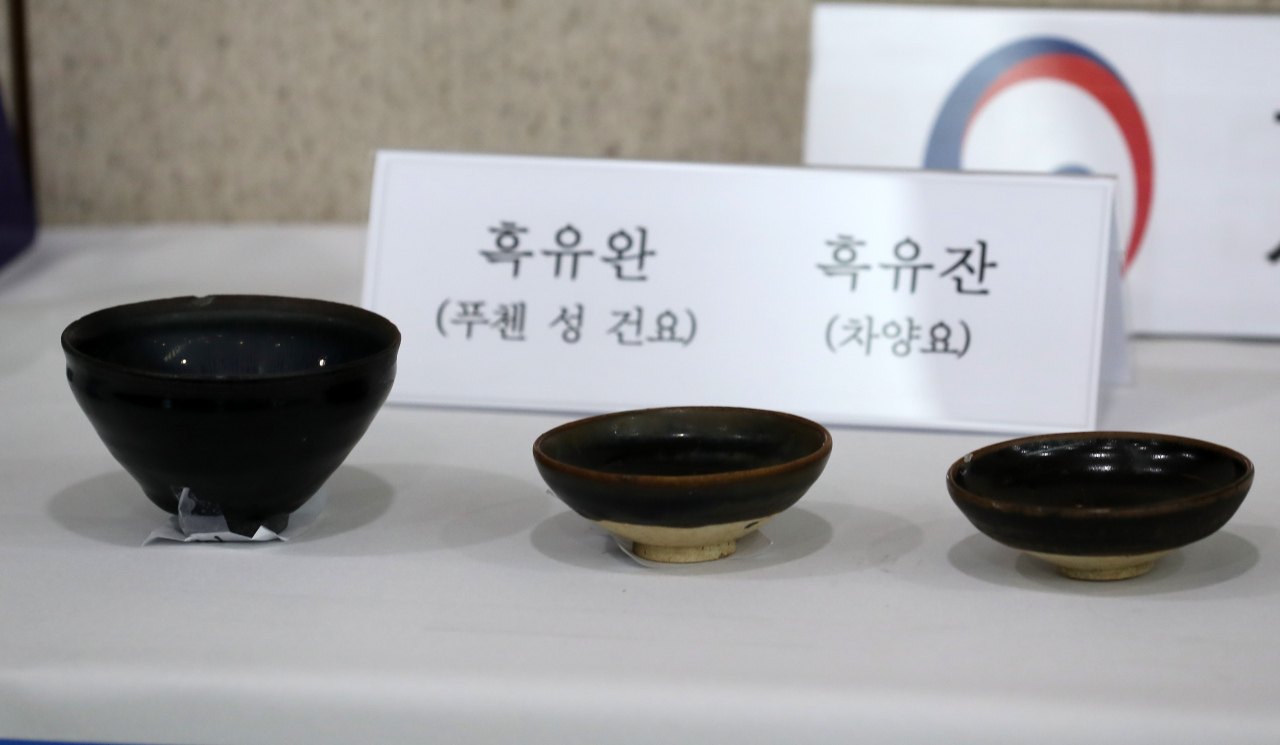 (Yonhap)
Police have secured testimony from the suspect’s acquaintances suggesting the man had the ancient ceramics in his home since 1983, but they have yet to determine how he obtained the treasures.

The suspect reportedly insisted that he inherited the ceramics from his deceased mother. (Yonhap)