Going out for grilled meat is always a treat, especially if you can sit outside in the nice early summer weather.

Seongsu-dong Galbi Alley, situated near Seoul Forest in eastern Seoul, allows diners to grill meat outside. Tables and chairs are laid out on the street.

There are around 10 restaurants serving “dwaejigalbigui,” or grilled spareribs. Pork spareribs are marinated in a sweet soy sauce mixture and grilled on a charcoal fire. 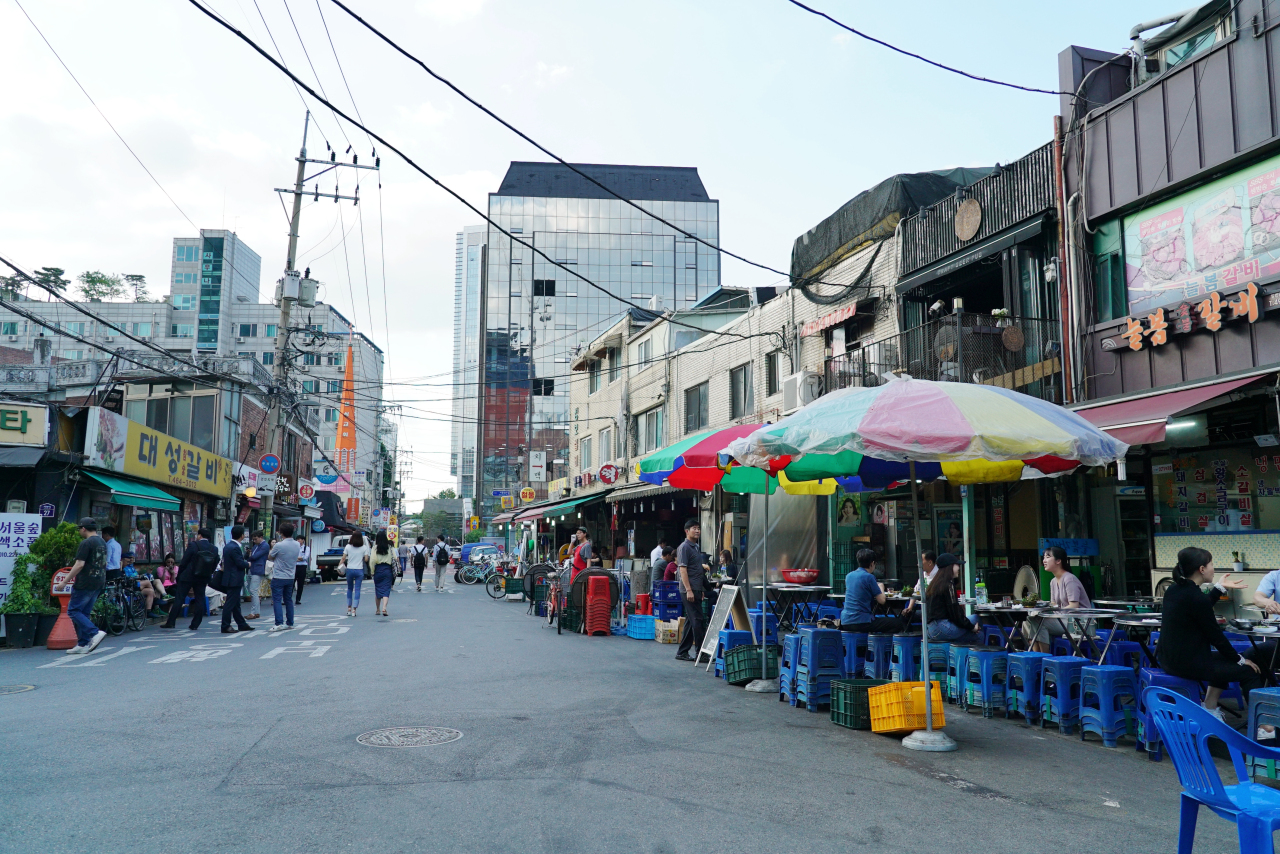 Seongsu-dong Galbi Alley (Lee Sun-hye / The Korea Herald)
The restaurants here have around 40 years of history. Starting in the 1970s, a nearby horserace track -- now transformed into Seoul Forest -- drew people across Seoul to the area. Offering affordable yet delicious food, restaurants serving pork spareribs popped up.

After the racetrack was developed into a park, the fame of the area faded but it regained popularity after one of its restaurants was featured on a TV food talk show in 2015.

Three and a half years later, riding on the increasing popularity of the park, the alley has seen more customers recently. When the weather is nice, the street is packed with diners and those waiting in line. 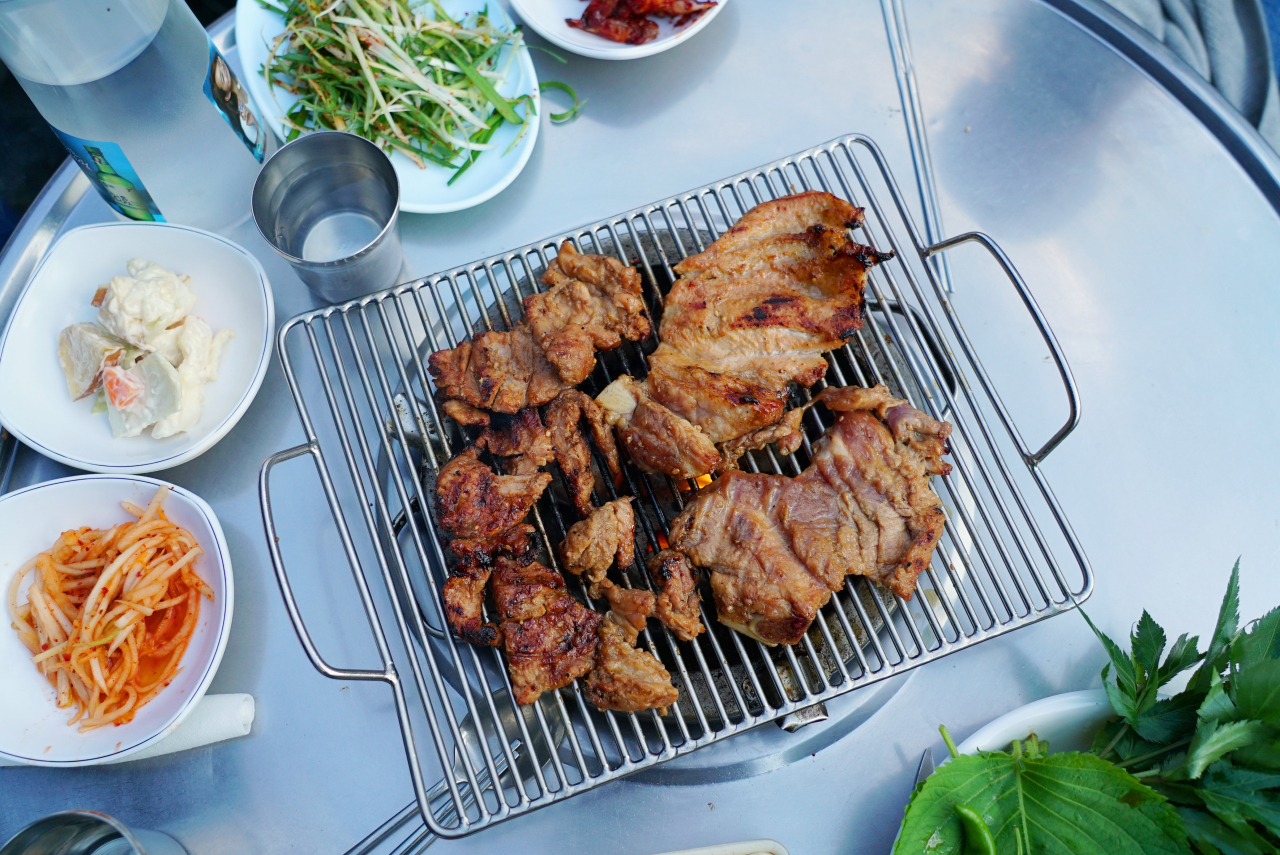 Grilled pork spareribs (Lee Sun-hye / The Korea Herald)
As the meat is marinated, it does not necessarily have to be super fresh. The strong marinade covers the meaty smell. The sweet marinade is the specialty of restaurants on this street. Precise timing is of essence when grilling meat, as marinated meat burns easily on the grill.

Soaked in sauce, the meat is very soft -- tender enough to be teared into pieces using just chopsticks. Though soft, the meat is not very greasy and contains little fat.

At the alley, grilled spareribs are usually priced at 26,000 won ($22) for two people, served with fresh vegetables and other side dishes.

After a hearty meal, diners can walk off the calories at Seoul Forest, just next to the alley.