Moon is scheduled to deliver a keynote speech at the University of Oslo on his nuclear-free Korea and peace vision on Wednesday, the highlight of his three-day trip here. 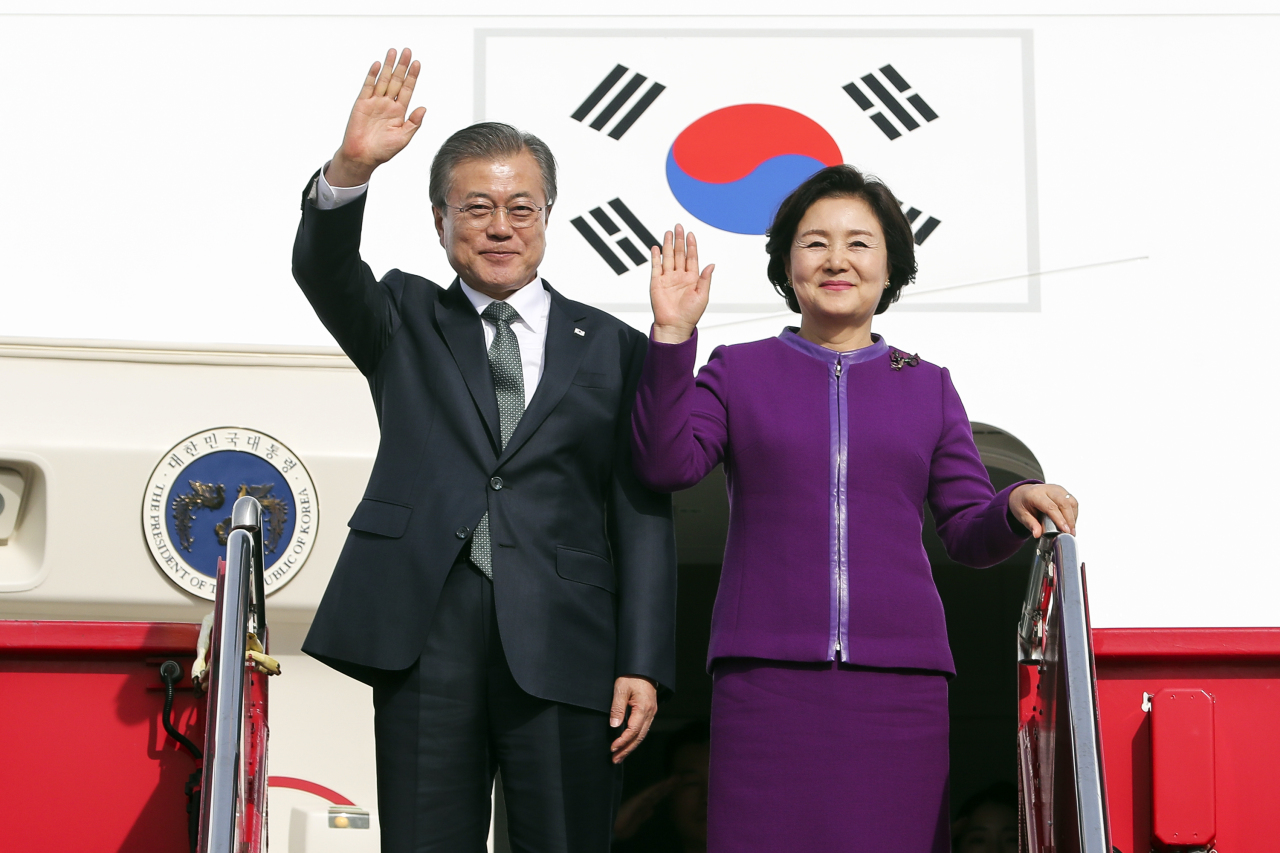 The following day, Moon will have a summit with Prime Minister Erna Solberg, an opportunity to secure the Nordic nation's firmer support for the Korea peace process.

Also to be discussed are hydrogen energy use and cooperation in eco-friendly shipbuilding and maritime affairs. 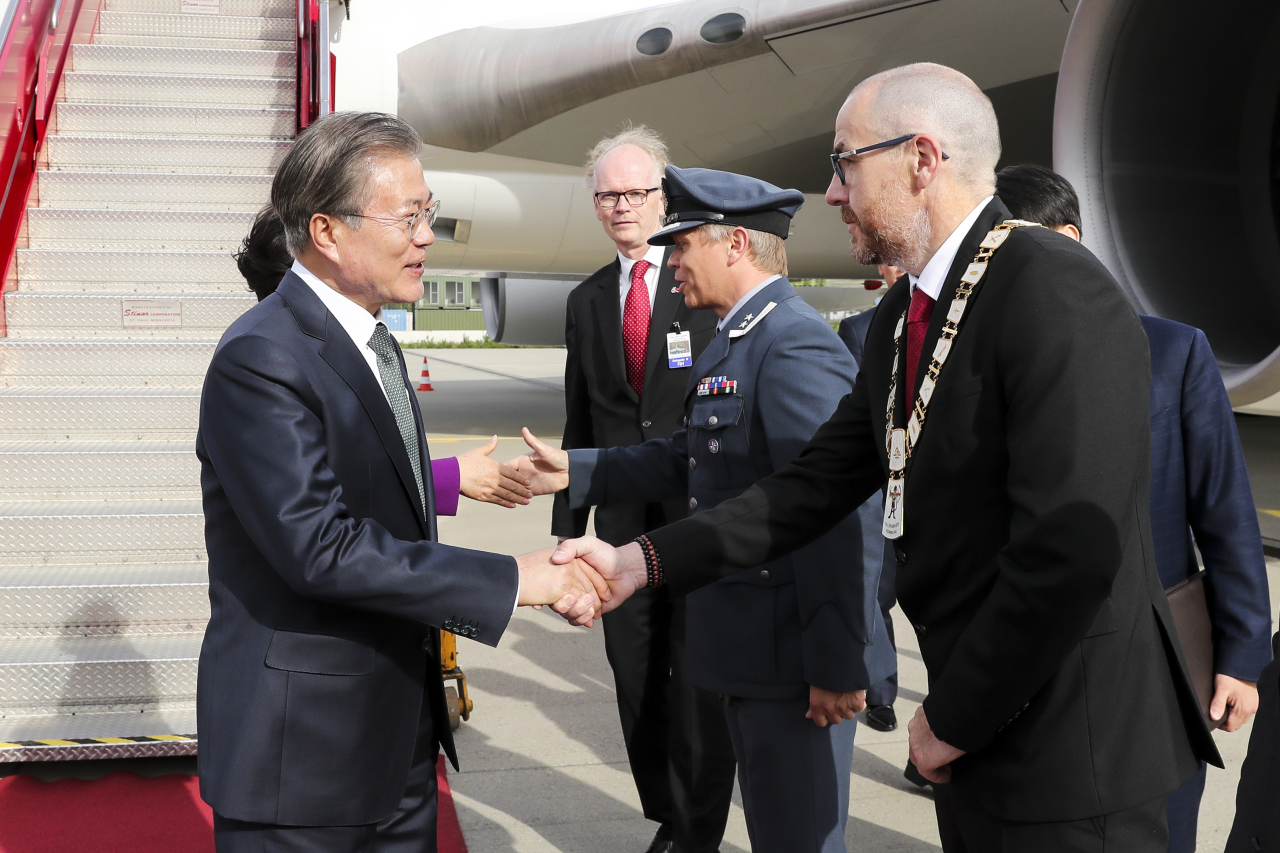 (Yonhap)
Norway is a global shipping power and a major importer of South Korea-made vessels.

Moon is the first South Korean president to make a state visit to Norway. King Harald V has invited him on the occasion of the 60th anniversary of the two countries forging diplomatic ties. (Yonhap)