[ The Korea Herald – Send E-mail ]
‘Recovering war remains a race against time’
By Jo He-rim
Published : Jun 2, 2019 - 15:00
Updated : Jun 4, 2019 - 14:55
The recovery project to return the remains of fallen heroes of the Korean War to their bereaved families is a race against time, as the war generation is aging, the chief of the division in charge of DNA analysis at the Defense Ministry told The Korea Herald.

While South Korea is actively carrying out work across the country to recover war remains -- recently expanding the area up to the Demilitarized Zone bordering North Korea -- identifying and returning remains to families continues to make slow progress. 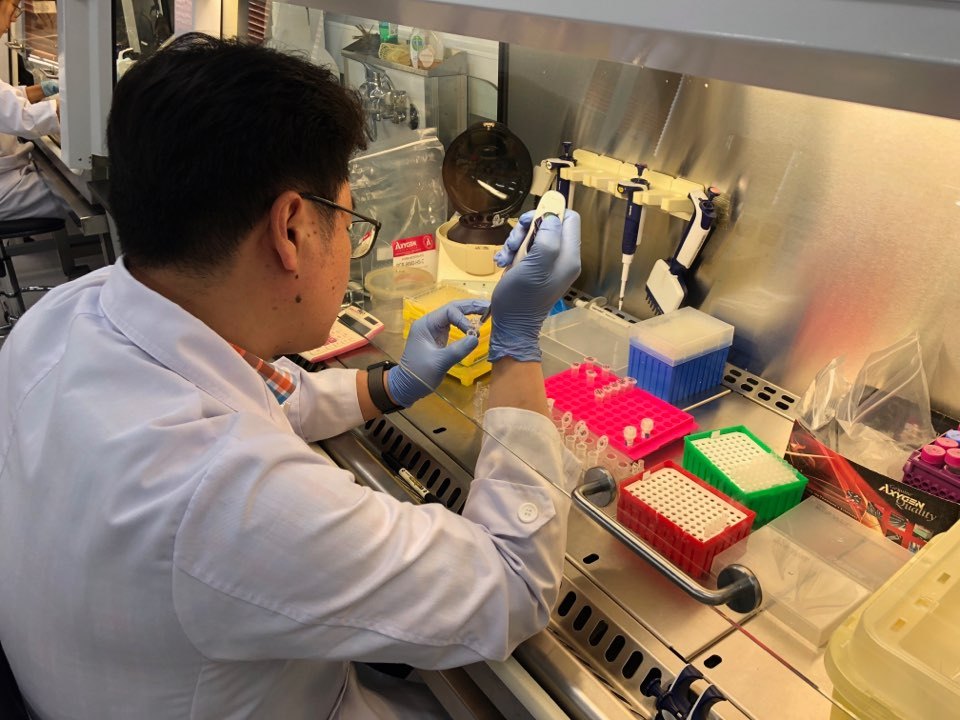 A DNA analyst conducts a test to extract DNA from war remains for identification, at the Criminal Investigation Command at the Defense Ministry in Seoul on Wednesday. (Jo He-rim/The Korea Herald)
Among the reasons is that there are not enough DNA samples from the bereaved families to match against, commented Lee Joo-young, head of the Division of DNA Analysis at the Criminal Investigation Command.

“We have currently collected some 43,000 DNA sets of the bereaved families. But considering that the number of casualties is thought to be around 130,000, we would need much more data from the families for identification,” Lee said.

The Ministry of National Defense Agency for KIA (killed in action) Recovery and Identification (MAKRI) leads the government’s recovery project, excavating remains and conducting the preliminary verification process, the CIC division makes the final analysis to identify them.

As soldiers who fought in the war were often in their early 20s and single, family members who can participate in the identification process are typically their aged siblings.

“It has been almost 70 years since the war broke out, and people from the time have either passed away or are arriving at their senescence. We are racing against time,” Lee said. This year marks the 69th anniversary of the outbreak of the Korean War.

Damaged bone samples also make it hard for analysts to draw results that can be used to match information with that of the bereaved families. Buried for decades, the bones are often seriously decomposed from contaminated soil or microorganisms.

Due to the degree of decomposition, some samples cannot be properly identified.

The DNA analysis division receives samples of bone fragments and mouth swabs of bereaved families from MAKRI. While it takes about two weeks to extract the DNA information of the families, a month is spent to verify the bones as part of more complex procedures to remove decayed parts and calcium for DNA extraction. 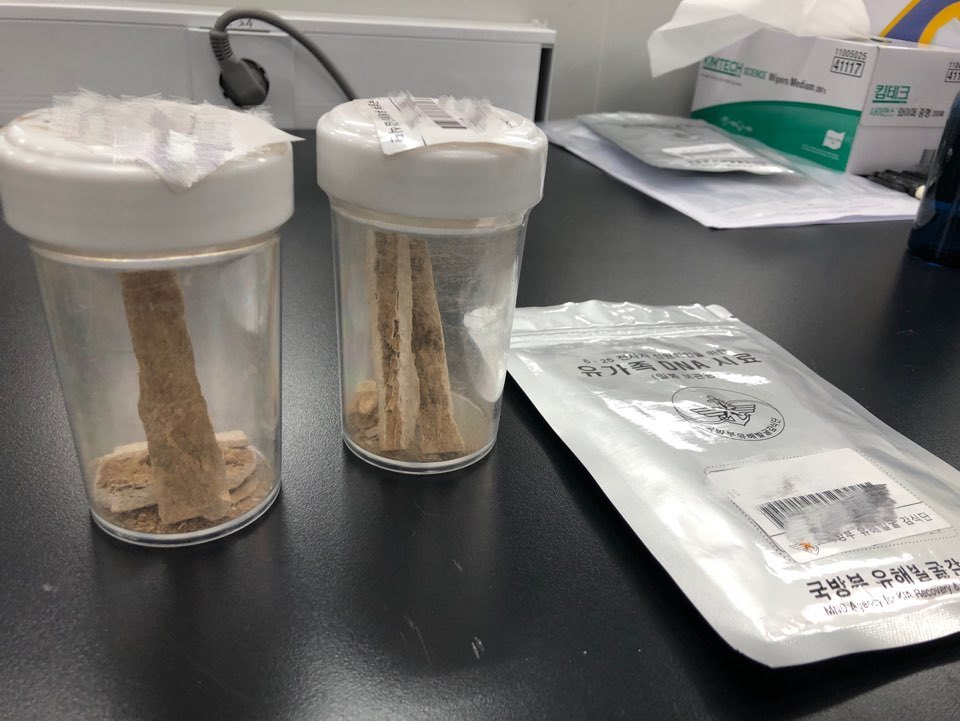 Bone samples from war remains and a mouth swab of a bereaved family member are placed on a table at the Criminal Investigation Command at the Defense Ministry in Seoul on Wednesday. (Jo He-rim/The Korea Herald)
Current technology now allows analysts to identify with genetic material from cousins. And the team is taking samples from up to third cousins in preparation for advancements in DNA analysis technologies.

“Land development and construction across the country also come as obstacles for the recovery project, as it becomes impossible to exhume remains where a building is built,” Lee added.

According to Lee, Korea relies largely on DNA analysis to identify war remains, as not much information is available of the soldiers who would have been conscripted when the war broke out. Among 132 remains that have been identified since the excavation project first begin in 2000, 82 were concluded with DNA analysis.

The United States, which runs a volunteer military system, would have dental records or X-ray scans to use for identification.

The division, currently with 12 members, was first established in 2007. But their job is not limited to analyzing war remains. The CIC division also has the Evidence Analysis Team that looks into potential cases of military crimes as well.

The division analyzes about 800 pieces of remains a year, calculating the annual average in five years, and can identify the DNA information of about 3,500 of the bereaved families.

“We need more data from the families, and more support so that we can return the remains to families before it is too late,” Lee said.