[ The Korea Herald – Send E-mail ]
[Herald Interview] How to stay competitive in the era of scandals and influencers
Professor Jeff Cunningham of Thunderbird School of Global Management shares tips on social media scandals, digital conversation and lateral knowledge
By Yang Sung-jin
Published : May 26, 2019 - 17:09
Updated : May 26, 2019 - 17:17
Companies are always vulnerable to a variety of attacks. In the digital era, the nature of such attacks -- for instance, a single malicious post by an influencer with millions of followers -- is far more unpredictable and, if mishandled, critical, due to the sheer amplifying effect of social media.

Jeff Cunningham, a professor of practice in global leadership at Thunderbird School of Global Management of Arizona State University, said a new type of leadership is needed to better cope with such online attacks and anti-business activists in an interview with The Korea Herald. 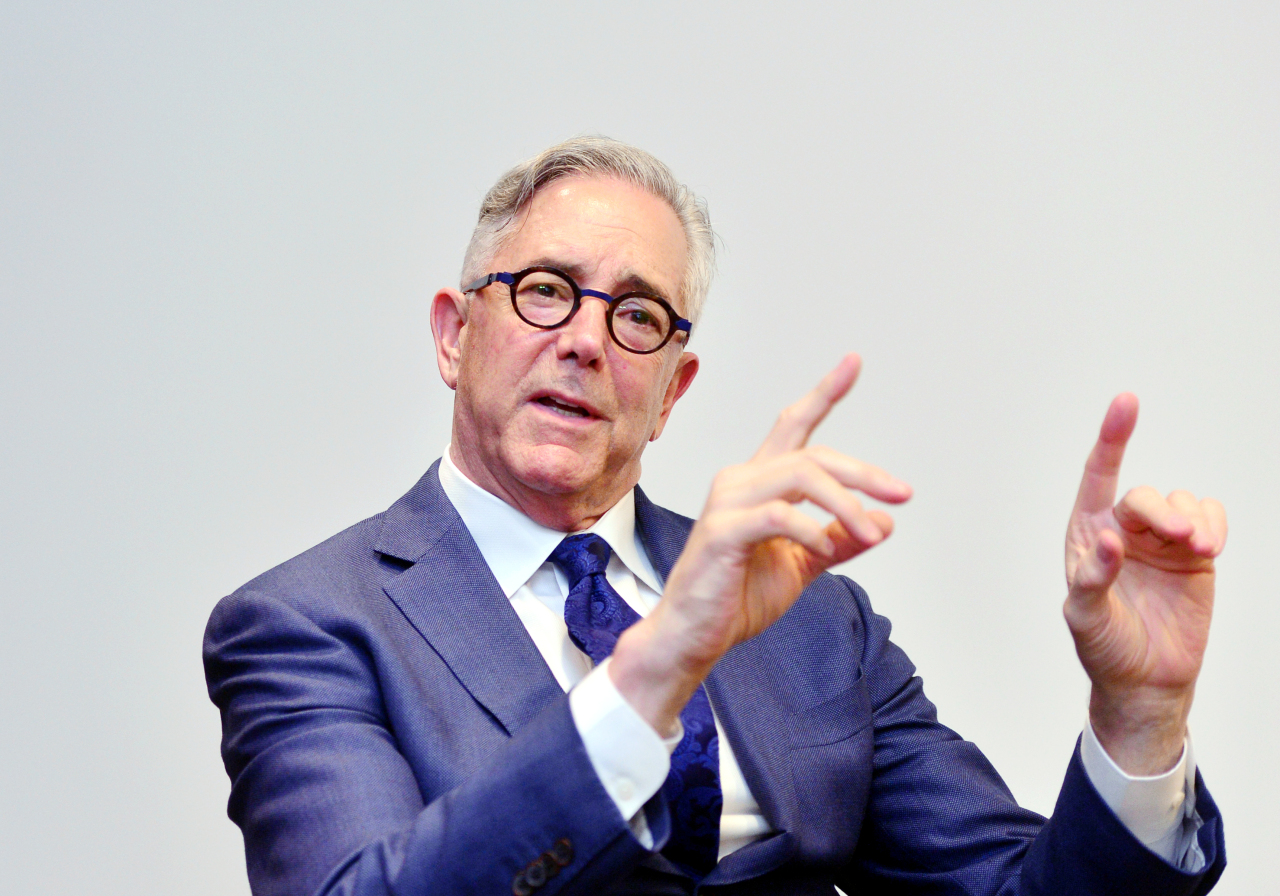 Jeff Cunningham, a professor of practice in global leadership at Thunderbird School of Global Management of Arizona State University, shares views on transformational leadership in the digital era. Park Hyun-koo/The Korea Herald
Cunningham, an expert on business leadership and digital media, served as the publisher of Forbes Magazine and CEO of Zip2.com, which was Elon Musk’s first company, and vice president of BusinessWeek, before joining the Thunderbird School’s faculty in 2014.

Cunningham, who was on a visit to Seoul last week, shared his views on digital challenges and what strategies and skills business leaders should develop to harness the full potential of digital technologies.

KH: What is your suggestion about “transformational leadership” in the digital era?

Cunningham: A transformational leader gives their people the impression -- not that they don’t have to work hard, but that they have to use whatever their talents are toward ingenuity. Transformational leadership means you’re transforming the way people look at their job. I don’t think it’s easy to do, I think it requires a leader who has enough ego to want to be a celebrity within the company because people are inspired by that.

And at the same time be what I call the chief encouragement officer. Because you have to work through teams. Because (as) chief executive officer, you’re not executing anything. Chief encouragement officer is what you have to be. Because the digital world is so different, the kind of leader we have today is probably not equipped. And that’s what I mean by transformation. Change themselves to a digitally savvy leader and then find ways to inspire people do the things and think of things and also tell them (CEOs) what they’re doing wrong. 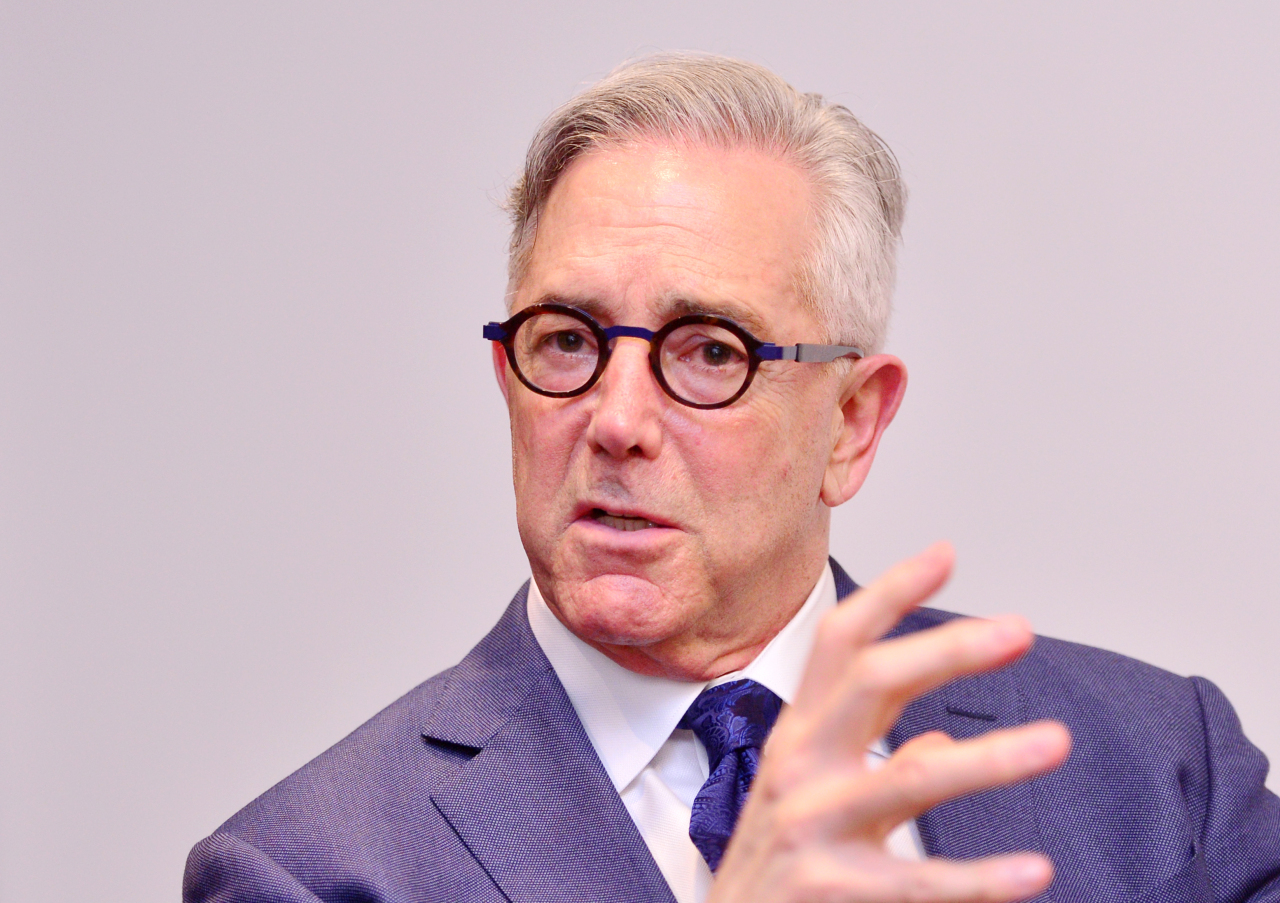 Jeff Cunningham, a professor of practice in global leadership at Thunderbird School of Global Management of Arizona State University, shares views on transformational leadership in the digital era. Park Hyun-koo/The Korea Herald
KH: In your concept of “scandalopoly,” digital complaints from what you call extortionists could deal be a fatal blow to a company’s reputation. What should be done?

Customers will go if you have a sign of trouble or if someone offers them a better price. So you’ve got to turn your customers into a community. Get the right facts, tell a smart story and know how to target. That’s how companies have to get into the digital conversation. Finally, you have to be preemptive, and not reactive.


KH: We have more customer channels than ever before, but many companies do not take proper action. For instance, even though many users complain about MacBook Pro’s keyboard, Apple refuses to fully admit its design flaw.

Cunningham: Apple has at least the recognition of being very high quality and magnificent in design. And that comes from Steve Jobs. They feel that the design of their product is central to their promise. And changing it to satisfy this kind of quality control would be defective for their product promise. They are now spending brand capital, like political capital, by not fixing it but keeping you on board because “you can’t leave Apple.” This is where I fault business journalists. They make the assumption that Apple is stupid. And I make the assumption that Apple is brilliant. They know everything we’re saying but we just don’t know why. Apple is saying, this works, and everyone who wants Apple is going to train in Apple’s ecosystem.

Cunningham: From the ’70s through the ’90s when you had tremendous global opportunity … multinational finance became a reality. Pretty soon everybody was doing an MBA. And it became a commodity. Companies are generally being a little bit cynical, because what they want is people with innovation skills. The MBA didn’t keep up with that.

Thunderbird has never been that type of MBA. Our degree’s far more global. Our students are taking courses in the school of design, school of engineering, school of public policy, school of law. Our job is to make people aware that we’re not a commodity.


KH: When MBA holders are appointed at higher positions, some critics claim they tend to focus too much on cost cutting.

Cunningham: I would say that is a problem that is widespread, at least in American business. Depending on the company’s life cycle, there comes a time when it’s just easier to maintain profitability by cost cutting than it is by growth. If you’re Google right now, you’re probably having that conversation. You’re either going to cut costs or figure out how to make money and do initiatives. I think it comes down to values. There’s nothing wrong with cost cutting. It’s a bit of a populist thing for this era to blame cost cutters. Cost cutting is a wonderful tool, it has to be used carefully.


KH: What do you recommend business leaders and students to do to stay informed?

Cunningham: It depends on where you are in life. In my stage, I need to connect the dots. But if I’m younger, in 20s, 30s, mid-career, even 50s in some cases, then I think your information needs are both overwhelming because you need to know it all, and you’re only as good as the depth (of your specialty).

I feel that you need to spend every day digging. I was reading a book by an author, his name is Robert Caro. He wrote a book on writing. He’s 83 years old. He says, you go down this path and you get a question and you’ve got to go over here and there. Most people cut themselves off because they’re hungry for the first piece. But I think you’re actually better off (pursuing multiple paths). If you do that often enough, you get rounded, lateral knowledge that gives you insight into so many things. Leaping from point from point, the gaps will narrow if you jump often enough.