President Moon Jae-in on Sunday delivered a congratulatory message for the South Korean film "Parasite" after it won the top Cannes festival award, calling it a big gift to all South Koreans.

"Parasite" won the top honor at the 72nd Cannes Film Festival on Saturday (French time), making it the first South Korean movie to take the main prize at the eminent film event. 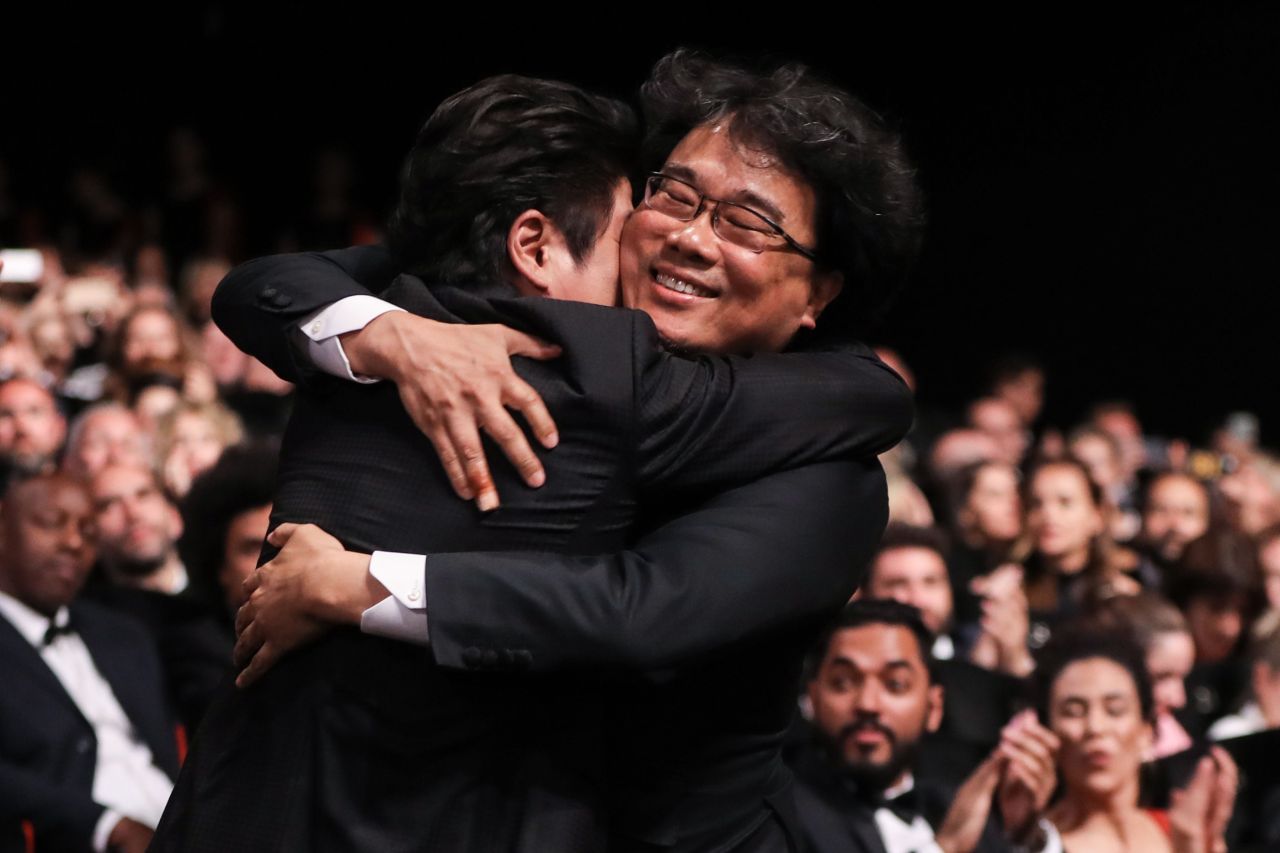 (Yonhap)
"The status of hallyu culture has risen one step higher," Moon said on his Twitter and other social media accounts. Hallyu means Korean Wave in English and refers to the global popularity of Korean cultural content.

"It is a very honorable event and (I) am profusely delighted with the award win, as are so many Koreans who love our movies," the president said. 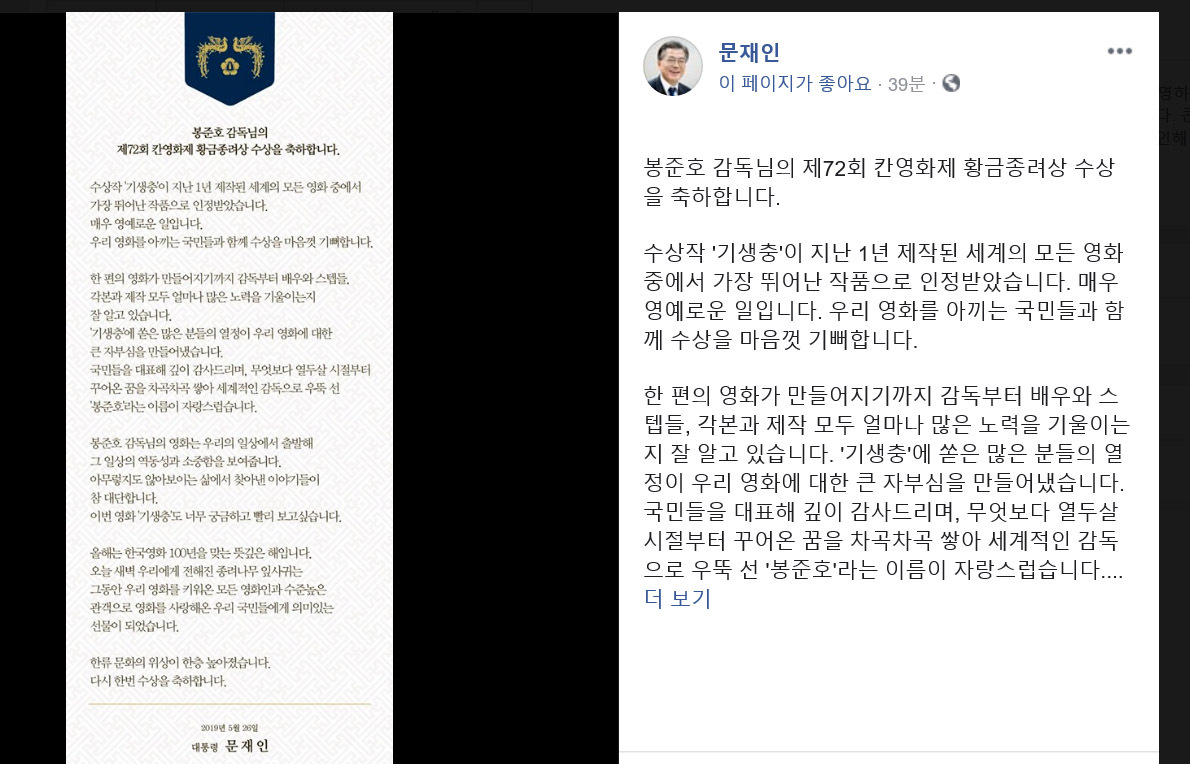 (Twitter)
The president also thanked and expressed his pride in the director, Bong Joon-ho, saying, "Since he was 12, (he) has built on his dream step by step to become a world-renowned director."

"Director Bong's movies start from our everyday environment to show the dynamism and values of everyday life. ... It is amazing how he finds stories from mundane life," Moon said, adding that he can't wait to watch the film.

Referring to this year's centennial of the Korean film industry, the president said the Cannes award came as a meaningful gift for the Korean people. 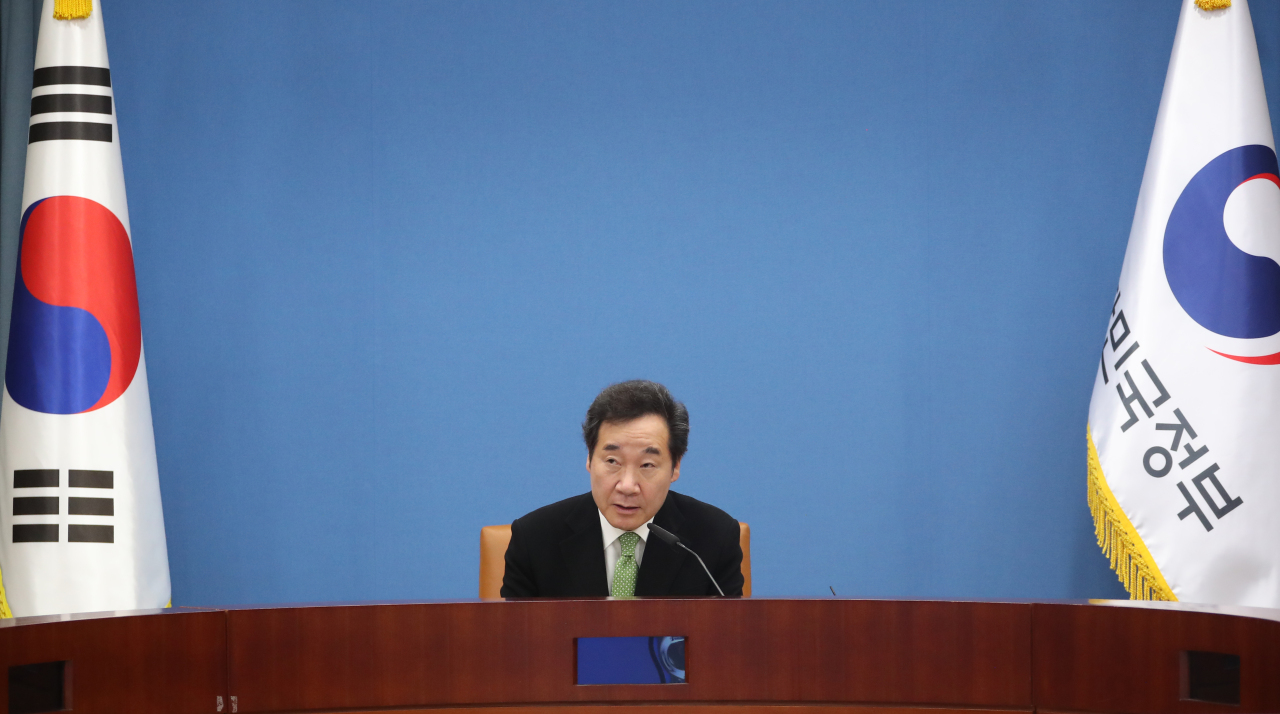 "Director Bong Joon-ho's 'Parasite' was awarded the Palme d'Or at the Cannes Film Festival. The best honor for Korean films," Lee said on his Twitter account.

"Congratulations. (I) give my thanks to movie people for their capabilities and efforts," the prime minister added. 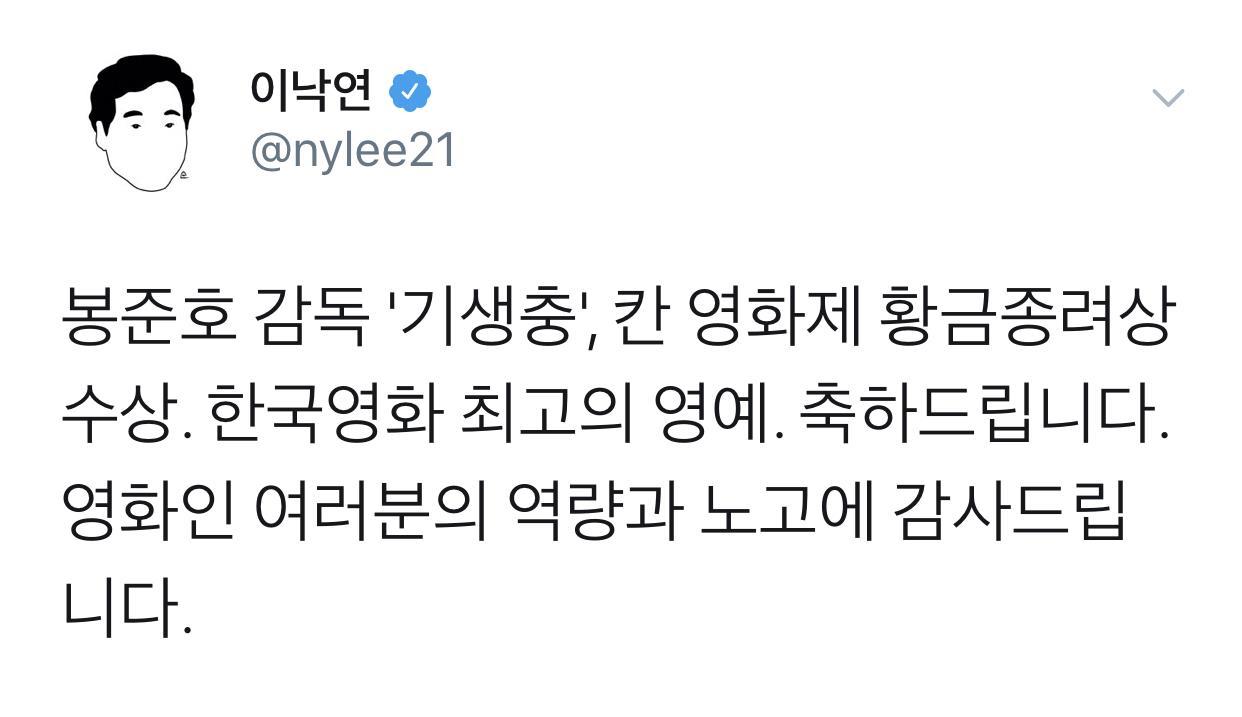 (Twitter)
The tragicomedy, Bong's seventh feature film, was selected for the top award in the jury's unanimous decision for the film's "unique" and "unexpected" depiction of two South Korean families at opposite ends of the class spectrum. (Yonhap)