[ The Korea Herald – Send E-mail ]
[Seoul Food Alley] Chicken stew alley with fishy vibe in Dongdaemun
By Im Eun-byel
Published : May 22, 2019 - 17:12
Updated : May 22, 2019 - 17:55
Seoul’s alleys are filled with eateries specializing in particular dishes. The Korea Herald takes you on a foodie trip to narrow alleys where decades-old establishments beckon diners with their secret recipes, often handed down through generations. -- Ed.


Hidden among massive shopping malls, the back alleys of Dongdaemun are filled with old eateries that have been serving spicy meals for decades.

Tucked away near Pyounghwa Market, the wholesale market for clothing, is a meter-wide alley serving chicken stew on one side and grilled fish on the other. It may be hard to find the entrance, hidden by a parking lot for motorbikes. 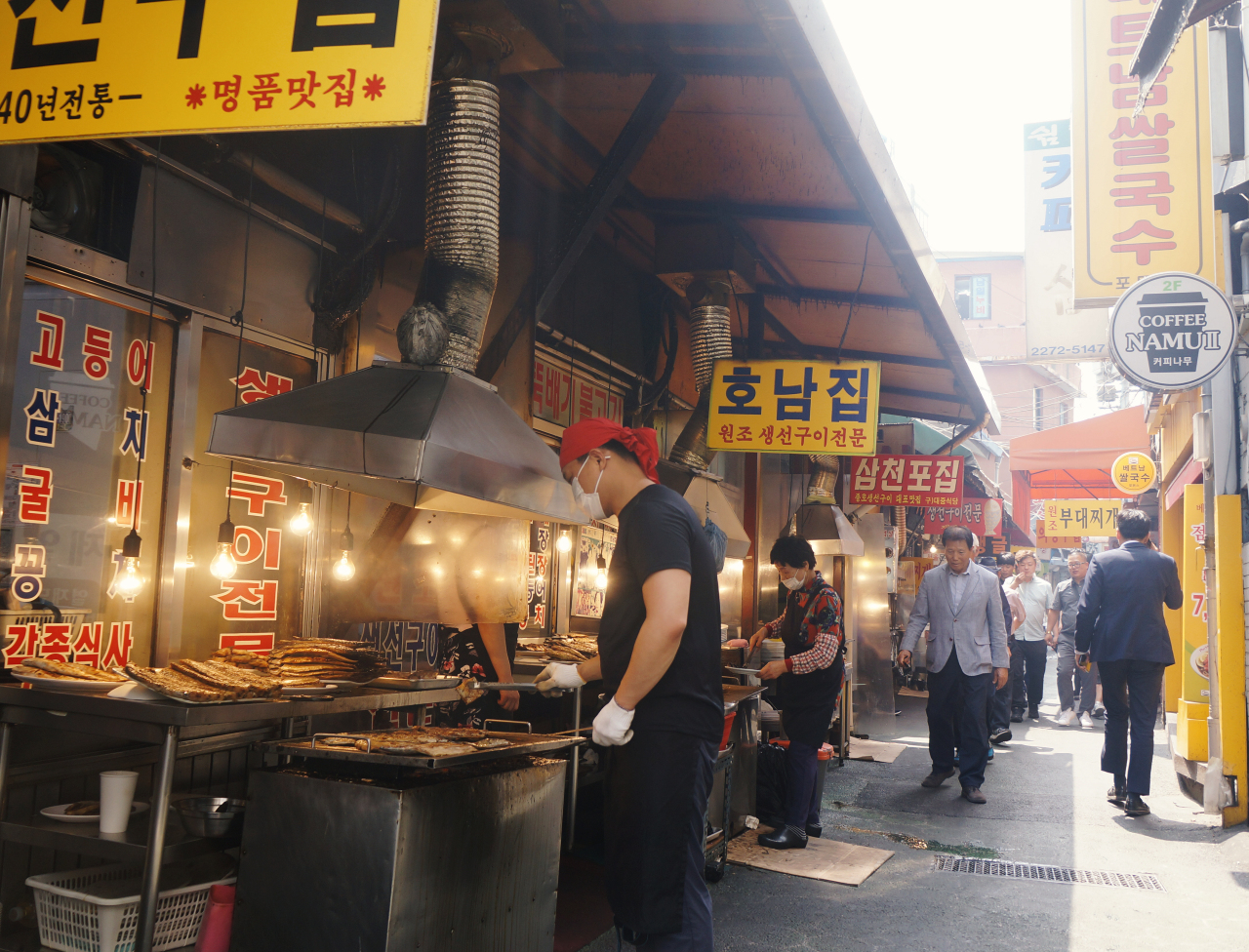 Though the chicken is cooked before being served, it is important to let the soup simmer with potatoes and green onions, at the table, enriching the broth.

After letting the diners see the whole chicken, the servers cut up he chicken with scissors for easier eating. But still, picking the meat from the bones using chopsticks is no easy task. 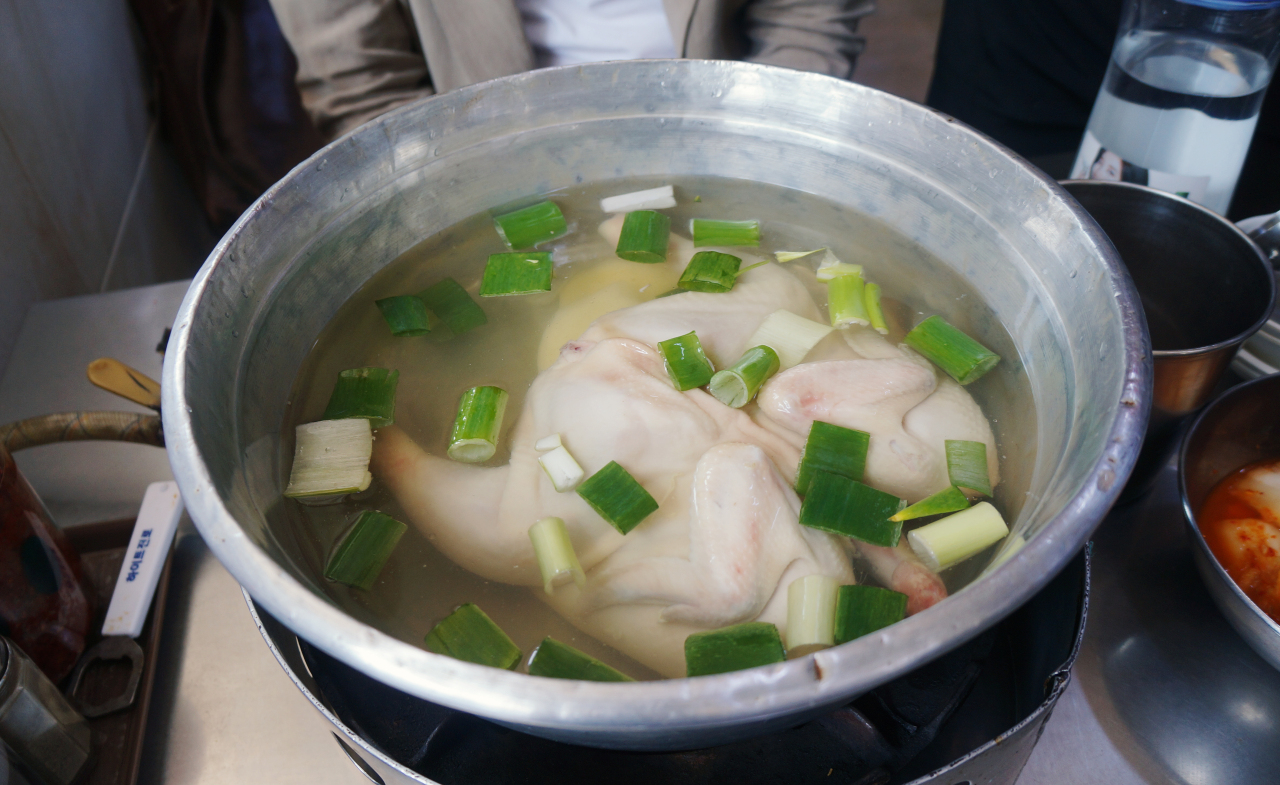 Whole chicken served in a hot pot (Lee Sun-hye / The Korea Herald)
Here, the succulent meat is dipped into soy sauce with chives and a sprinkling of chili powder. Diners can customize the sauce, depending on their palates. Sweet and spicy at the same time, it sparks the palate. After enjoying the stew, diners can add noodles to the leftover broth.

The area became a chicken stew alley in the 1970s. Before that, there were eateries serving noodles cooked with chicken, similar to stew. But now, chicken has become the main ingredient for the dish. 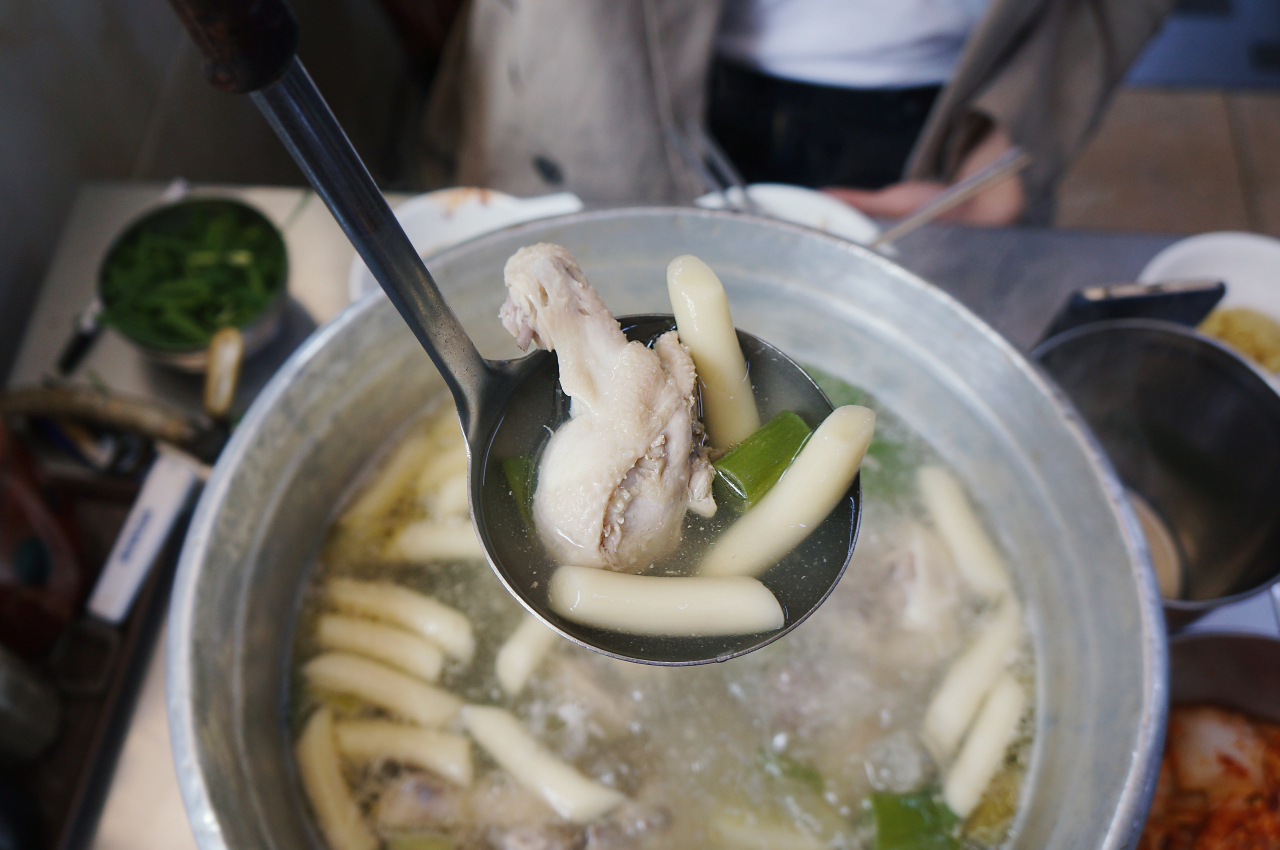 Whole chicken served in a hot pot (Lee Sun-hye / The Korea Herald)
As diners devour the chicken stew, however, a fishy smell fills up the restaurants through the open windows.

The smell is unavoidable, as the other side of the alley is filled with eateries specializing in grilled fish. Vendors grill fish over briquettes on the street and lay them out in front of the stores, amplifying the aroma.

The varieties are similar store to store, including everyday fish, such as mackerel, saury and hairtail. The grilled fish here are known for their crispy skin and moist meat.

The alley has an interesting ambiance as one side is filled with restaurants serving chicken stew and the other with eateries specializing in grilled fish.

It is truly an open cafeteria for people in the area and may have been the driving force that helped the district flourish.