You can have a perfect day out in the sun, without the early-morning packing hassle that exhausts you even before setting off or shelling out on fancy picnic gear you may only use once or twice a year.


Camping has become commonplace in Seoul, especially in parks along the Han River that runs through the city. Dozens of rental shops, clustered at entrances to these popular public parks, offer tents, shade canopies, foldable chairs and tables. 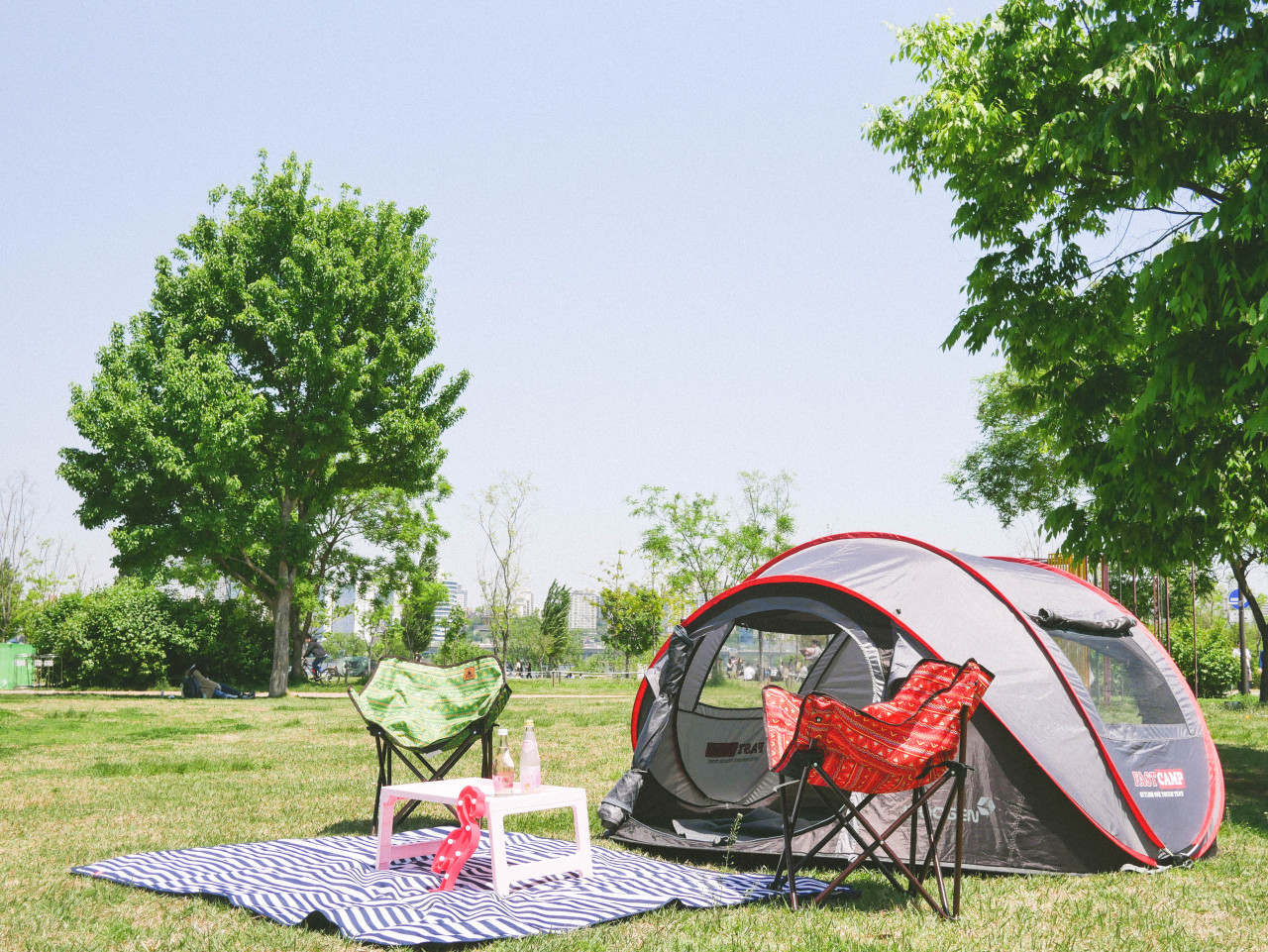 Camping rentals, such as Sudden Picnic, flourish around riverside parks in Seoul (Sudden Picnic)
For just 15,000 won ($13), most services provide the basic camping setup for two for three or four hours, which typically includes a tent, picnic mat, two foldable chairs and a wagon to transport them. Wireless lanterns, Bluetooth speakers, blankets, portable power banks and other items can be rented out at an extra fee.

Sudden Picnic, located at the entrance to Yeouido Hangang Park in western Seoul, grants the ultimate convenience of delivery and pickup service of the full set of supplies at 33,000 won. Reservations are recommended.

Under revised rules, in effect from this season, tents and canopies are allowed only at designated zones in Hangang parks, and must have at least two sides open at all times. No tents are allowed after 7 p.m. 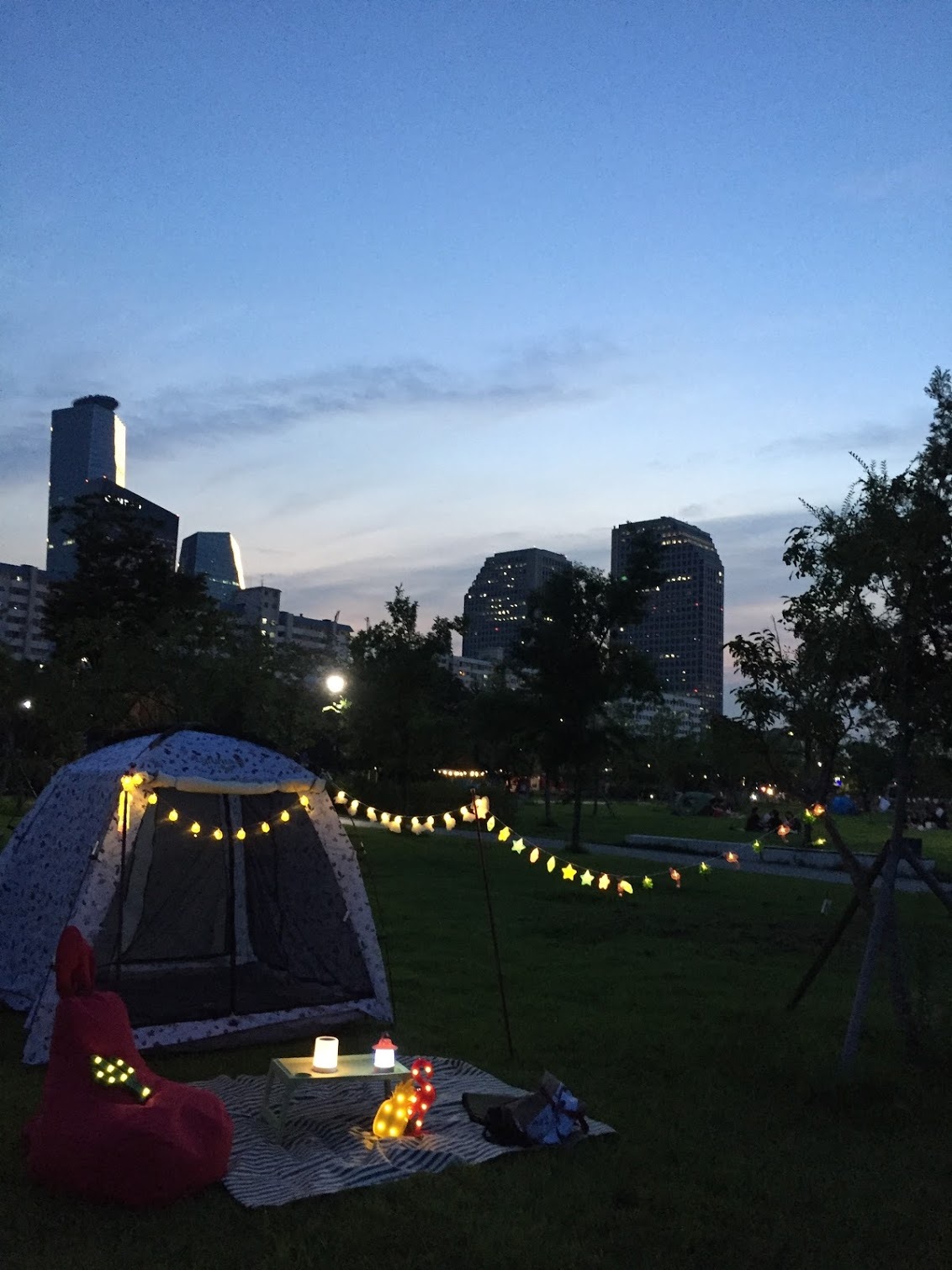 
Those who don’t need camping gear and fancy a more romantic day out should check out picnic basket rental services.

Picnic boxes, which include plates, cups, pots and cutlery all neatly packed in picture-perfect wicker baskets, are available at prices ranging from 20,000 to 30,000 won. Throw in a bouquet of artificial flowers, and the experience will not only be highly memorable, but also “Instagrammable.” 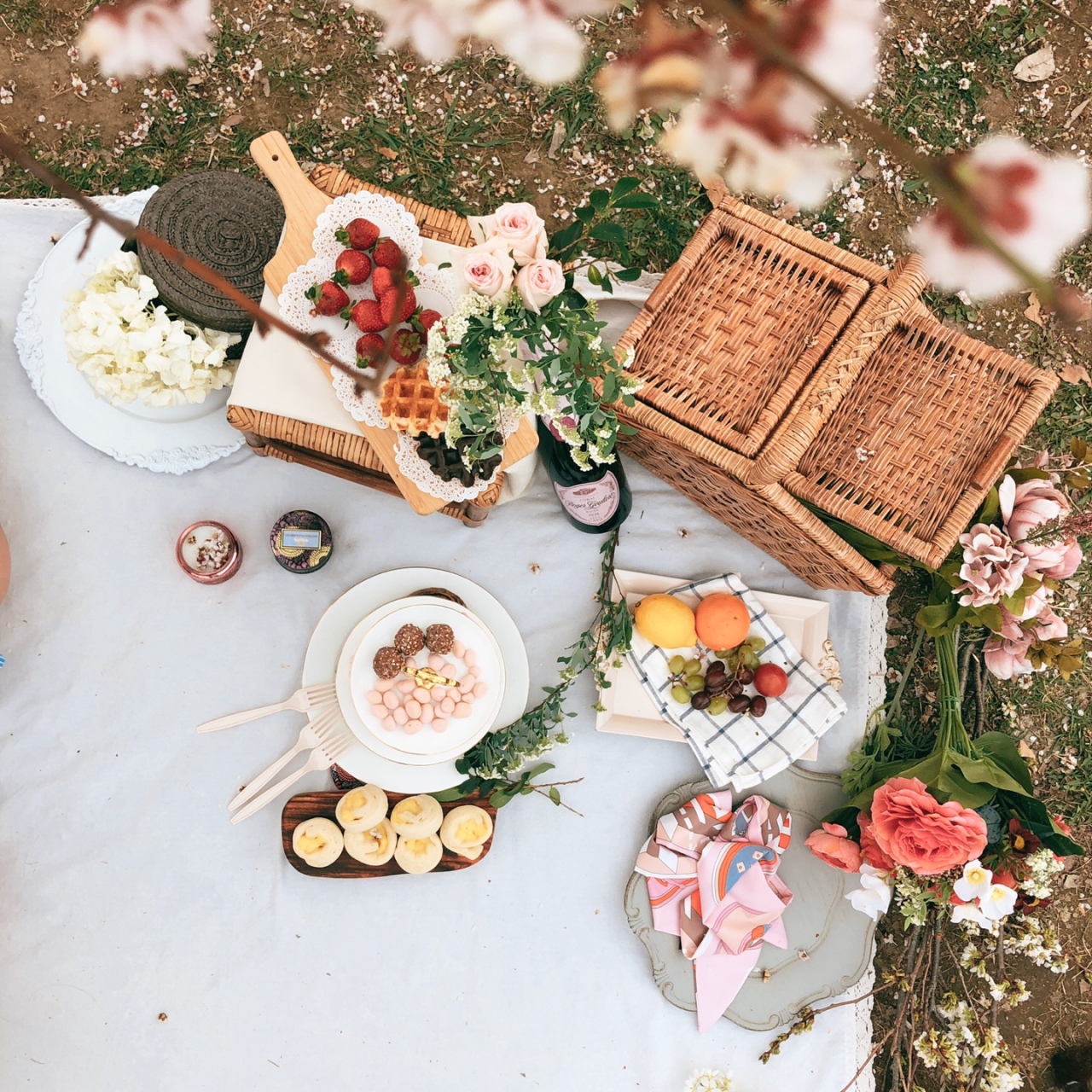 Seoul Picnic rents out sets for romantic picnics. (Seoul Picnic)
“A travel enthusiast, I experienced the authentic culture in each country I visited. I wanted to make picnics such a culture in Korea. With picnic gear rental, people can easily head off to nearby parks or even to the beach on an ordinary day,” said Kim Si-on, founder and owner of Seoul Picnic.

Located 10 minutes by car from Olympic Park and Jamsil Hangang Park in southern Seoul, Kim’s store rents out picnic sets from 20,000 won on weekdays to 25,000 won for weekends for the standard six hours.

Visitors to Yeouido can also use the Aneuk Picnic service. The shop operates only Friday to Sunday, and allows customers to choose baskets as well as the components themselves.


Cafes near popular picnic destinations are increasingly offering their own authentic versions of picnic boxes, complete with food and drinks. Just five minutes by foot to Ttukseom Park near Jamsil, Basique started its picnic rental service in March.

The rental price starts at 18,000 won, and for an extra 8,000 won customers can opt for a light meal included. At Double Tone, a whole box of sandwiches and assorted rice balls comes with the picnic set. 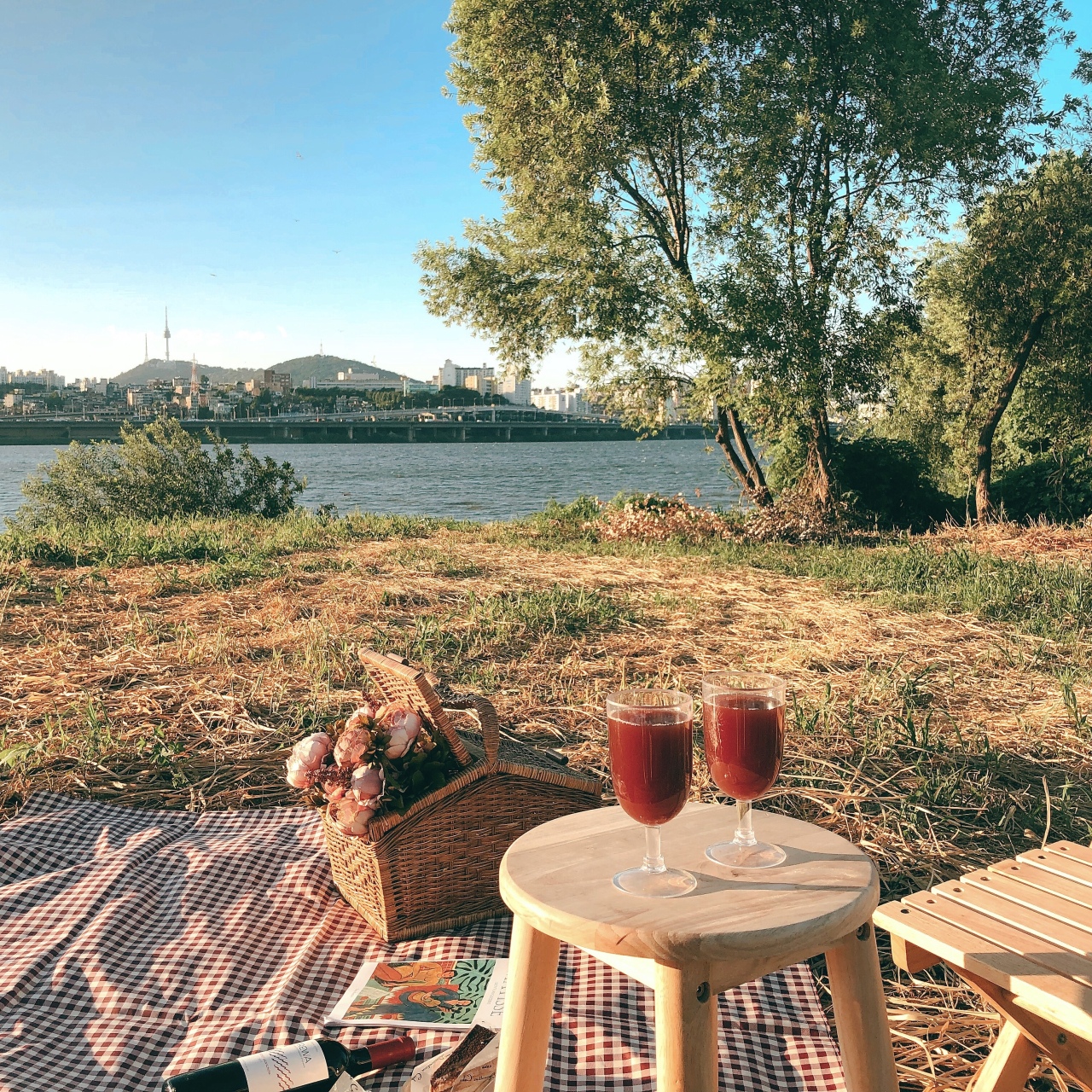 Seoul Picnic rents out sets for romantic picnics. (Seoul Picnic)
Those heading for parks in western Seoul can find similar to-go picnic baskets at the Seonyu Base cafe.

Near Gyeongui Line Forest Park in the trendy Yeonnam-dong, Teacnic offers a specialized picnic combo of tea and biscuits with a picnic mat. It is also famous for its homemade jams.