“We will announce the investigation results on the fires at energy storage system facilities as well as plans to strengthen ESS safety and foster the industry ecosystem next month,” said Park Jung-wook, chief of the Ministry of Trade, Industry and Energy’s product safety policy division, Thursday.

Since the government formed a probe committee to look into the fires in January, it has delayed the release of the results twice.

Park said it is difficult to probe because an energy storage system burns up when a fire breaks out. Also, “a significant amount of time is needed to scientifically, transparently and fairly clarify the causes of the accidents.”

For the cases of the explosion of Samsung’s Galaxy Note 7 in 2016 and engine fires of BMW vehicles in 2018, the probe took more than five months, the ministry explained. 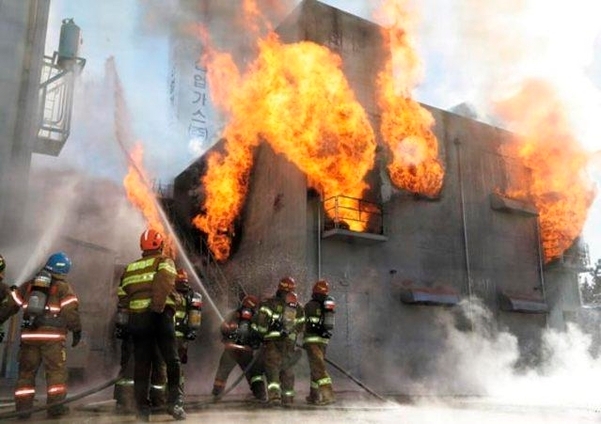 The probe began as fire incidents at local ESS facilities took place one after another last year. From May of last year to January of this year, there were a total 21 fire incidents.

In January, the government requested the industry halt operations of the facilities. So far, the operation of 522 ESS facilities have been suspended, around 35 percent of the total 1,490 ESS facilities in Korea.

The probe delay and the operation suspension come as a blow to local ESS producers, who have seen sales plunge and had no new orders in the January-March period.

In the first quarter, LG Chem’s operating profit dropped 57.5 percent to 275 billion won ($236 million) from the previous quarter. Losses related to the storage system were 120 billion won during the period, the firm said.

Samsung SDI also saw its operating profit drop 52.2 percent in the first quarter from the previous quarter. In its battery business, the firm saw its sales decline 7.9 percent.

The delay of the probe also casts a cloud over small and large related companies, such as LSIS or Hyosung Power & Industrial Systems, which produce power converters, one of the key parts of ESS facilities, as well as Posco, KT and LG CNS, which recently jumped into the ESS market.

If the probe is prolonged, the industry could be “in a state of coma” and “lose its global competitiveness,” said an official of an ESS-related firm, who asked to stay anonymous.

An energy storage system stores electric energy and utilizes it for later consumption. This fits the government’s push toward eco-friendly energy policies as it can supply energy even at times that solar and wind power cannot generate energy, such as at night or when there is insufficient wind.

Korean ESS producers have grown to dominate the global market with over 70 percent share. The global ESS market is expected to grow from $2.6 billion in 2018 to $5.5 billion by 2021, according to US research firm Navigant Research.