It is the fourth time that the 77-year old has clinched Baeksang's highest honor. She first won the award in 1979. 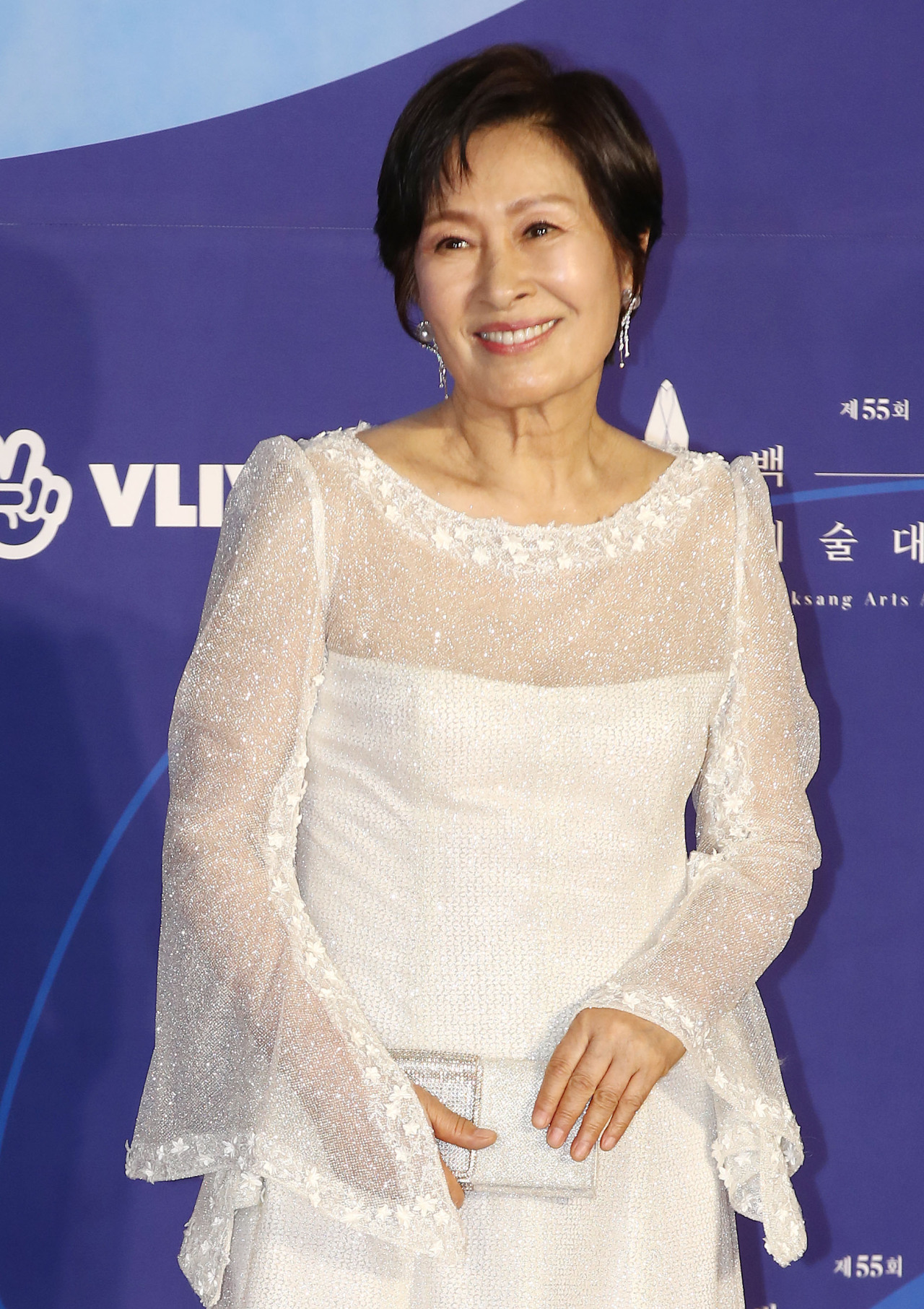 (Yonhap)
In the drama that aired in February, Kim played the part of a woman who loses her youth and travels through time to meet a man who throws away the brightest days of his life by living a listless life. She starred in the drama along with Han Ji-min and Nam Joo-hyuk.

The drama "My Mister" received the best drama and script awards, while mega-hit "Sky Castle" garnered four prizes, including the best director award.

The best actor award went to Lee Byung-hun of "Mr. Sunshine," and the best actress award was given to Yum Jung-ah of "Sky Castle."

In the film category at the Baeksang Arts Awards, meanwhile, Jung Woo-sung won the grand prize for his performance in "Innocent Witness."

"The Spy Gone North" was awarded the best film prize, while the best director award went to "Swing Kids."

Launched in 1965, the Baeksang Arts Awards are one of the highest honors in TV and film in South Korea. (Yonhap)