[ The Korea Herald – Send E-mail ]
‘The Security Has Been Improved’ examines surveillance
Group show takes close look at how technologies have us under constant watch
By Shim Woo-hyun
Published : May 1, 2019 - 16:47
Updated : May 14, 2019 - 15:42
Constant surveillance has become a reality, not unlike the 1998 film “Truman Show,” in which thousands of hidden cameras track and broadcast every minute of the life of insurance salesman Truman Burbank (Jim Carrey), unbeknownst to him.

The difference is we are aware of it, but there is no escape. A person living in Korea’s metropolitan area is captured by surveillance cameras every nine seconds while walking down a street. This happens on average 83.1 times a day, according to recent National Human Rights Commission of Korea data.

Such surveillance is the subject of a group show running through July 6 at the Coreana Museum of Art in Seoul, titled “The Security Has Been Improved.” 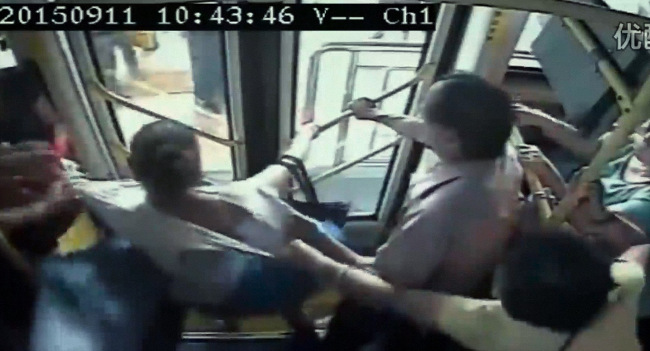 A scene from Xu Bing’s “Dragonfly Eyes” (Coreana Museum of Art)
“Dragonfly Eyes,” an 81-minute documentary by Chinese contemporary artist Xu Bing, was created by putting together virtually all kinds of footage from some 10,000 hours of videos collected in China. The 2017 work with narration shows how security and dashboard cameras pervade every aspect of life.

“While making this documentary video, the artist checked if he would be violating portrait rights in using the footage. But he was good to go because there was no specific law that could stop him from using the footage,” curator Seo Ji-eun said during a press conference Wednesday at Coreana Museum of Art. 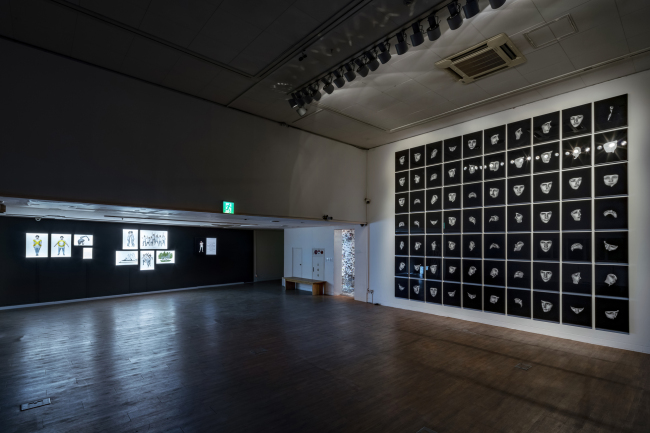 An installation view of the exhibition “The Security Has Been Improved” at the Coreana Museum of Art in Seoul (Coreana Museum of Art)
Sibling duo Jane and Louise Wilson’s 2011 work “Face Scripting: What Did the Building See” also deals with surveillance in public spaces.

The artists’ interest in the assassination of Hamas official Mahmoud al-Mahbough at Al Bustan Rotana Hotel in Dubai in 2010 and the Dubai police’s forensic film of the incident that went viral on YouTube served as the starting point for the video.

The Wilsons focus on the architecture of surveillance rather than the actual crime, looking into the role of the building in recording the event.

In “Contrast of Yours” (2017), Lee introduces four cases of individuals who were not properly recognized by facial recognition technology because they did not meet the standards created from a set of images primarily consisting of the faces of white men.

One case involves a New Zealander of Asian descent, whose passport photograph was rejected when facial recognition software mistakenly registered his eyes as closed.

“Understanding the flaws is a better way to learn about the system than merely understanding how it functions,” Lee said. 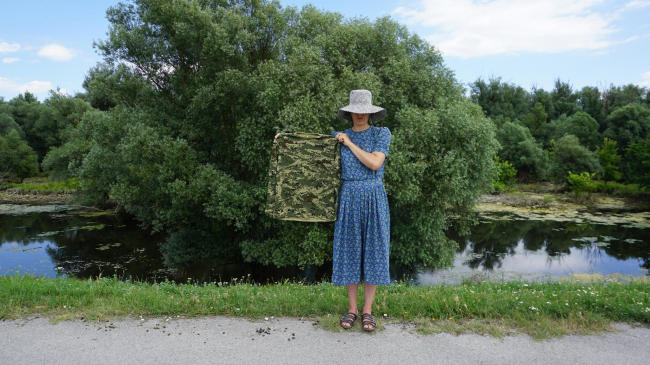 “Tracking the Alternative Happiness” by Unmake Lab shows how present-day technologies can quantify human emotions, though they are not fully accurate.

Using computer algorithms, software and facial recognition technology to collect images and analyze their correlation with the word “happiness,” the artists attempt to quantify the emotions of a person in a 3D image on a scale of one to 100. Numbers at the bottom of the image show the computer’s measurement of the happiness of the person in the image.